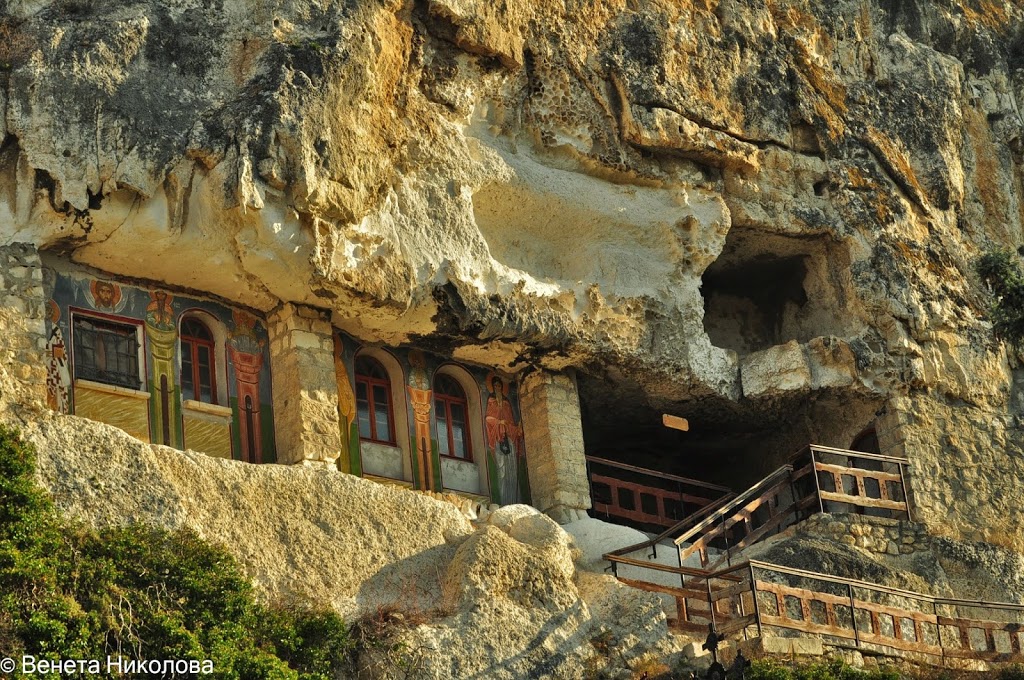 by Veneta Nikolova13 January, 201525 March, 2020
According to the Holy Scripture seven is the number of perfection, which rules time and space. Seven are the days in the week, where Saturday is meant for God to rest, in the Old Testament tradition. In Christianity, sanctity is transferred from the sixth to the seventh day, Sunday, when it is believed Jesus Christ rose from his tomb.
In the weeks after the holidays it is a good idea to look inside yourself and search for the spirituality that will bring you above the material world. That’s why we recommend a tour of the seven of the most beautiful Bulgarian Monasteries . 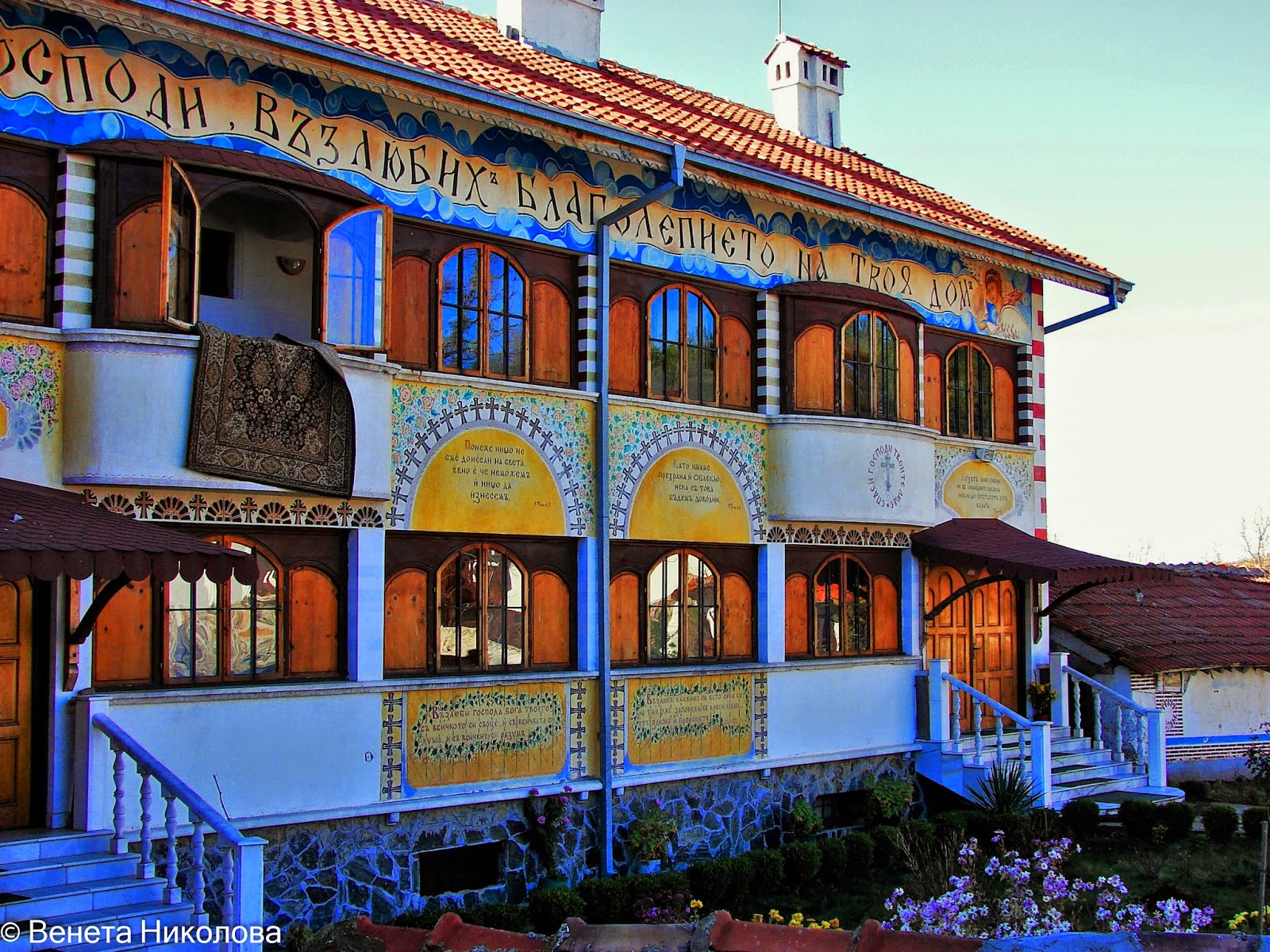 This monastery is situated in close proximity to the capital Sofia and is probably one of Bulgaria’s most interesting renovated monasteries. With the colorful images of saints both in- and outside, the cloister resembles a sugar figure in а confectionery. The biblical quotes inscribed on the walls invite for reflection. This is actually one of the oldest monasteries in the area, founded in the 13th century, when the relics of St. Petka of Bulgaria passed through the village. Her imperishable body sanctified the place, where people built a small monastery. 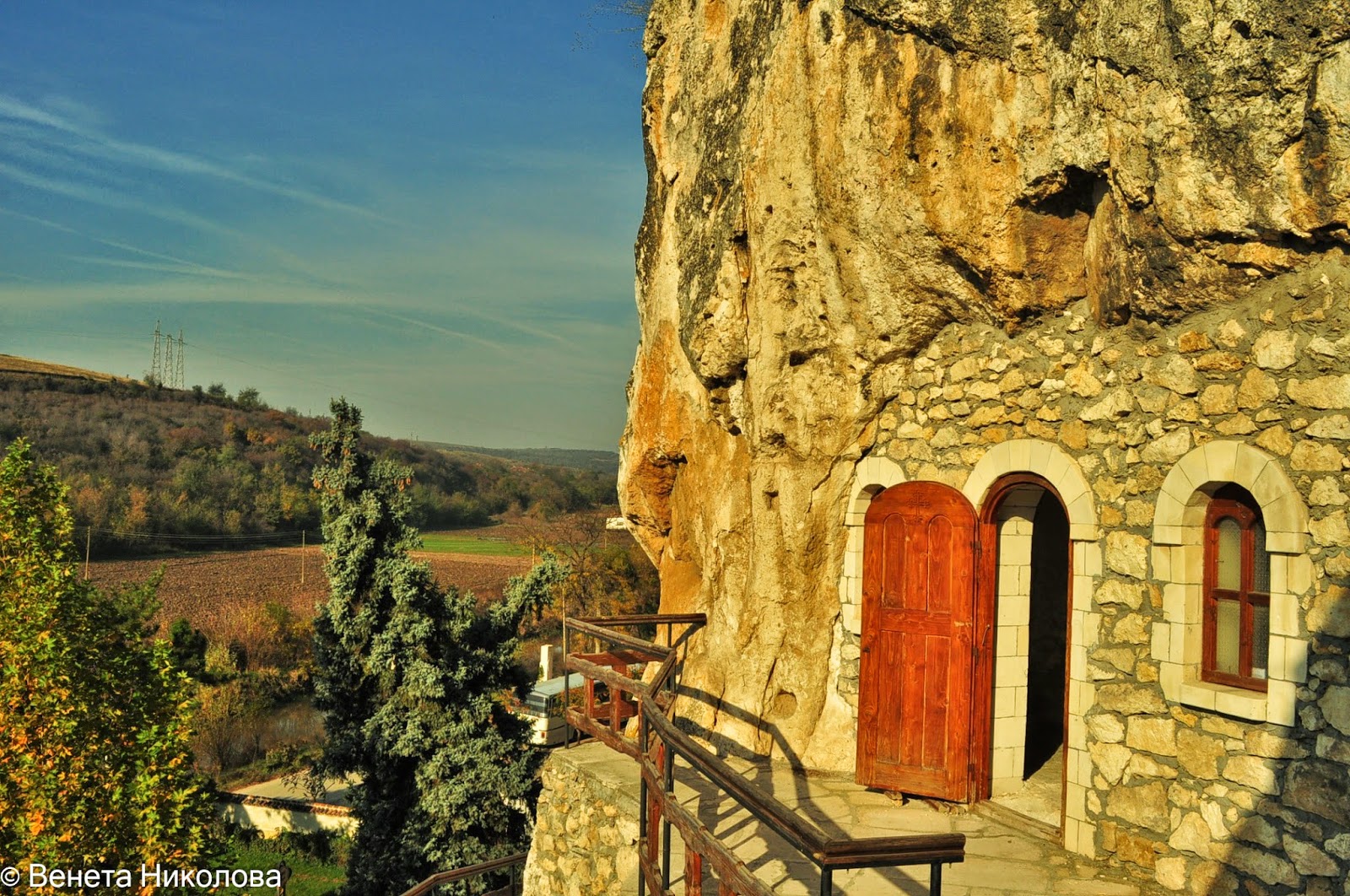 The only active rock monastery in Bulgaria was founded in the 13th century in the valley of the Rusenski Lom river, 10 km outside the town of Ruse. The steep steps twist upwards in the vertical rock and lead to a small church, carved in the rock. You can also see the monastic cells, decorated from the outside with contemporary murals. This place touched by God gives you a fantastic panoramic view towards the valley, leaving you with the feeling that the sky is right within your reach! 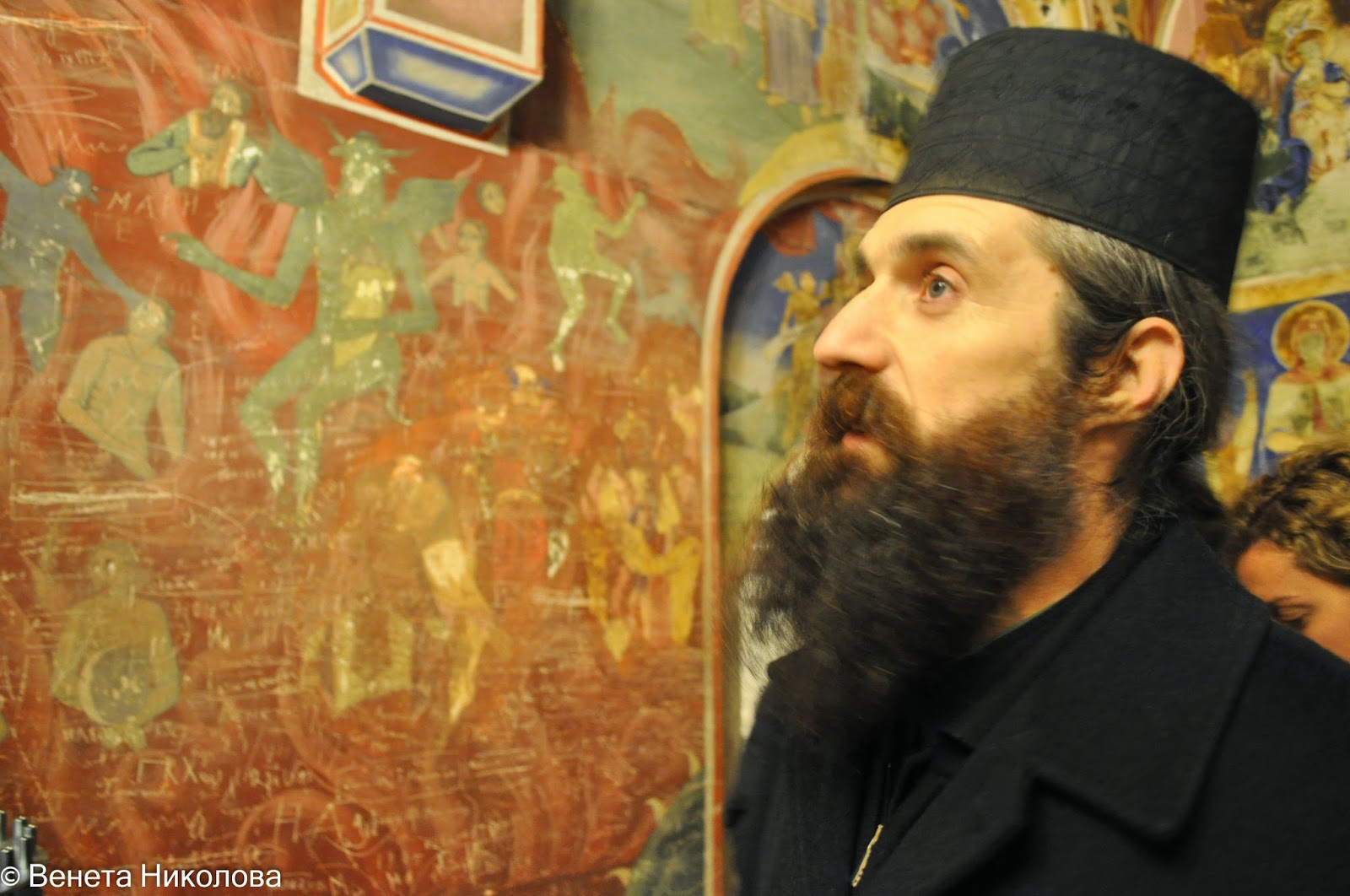 Situated near Assenovgrad, this monastery is less famous among pilgrims, because for some time it operated as a restaurant and a night bar! Not long ago, though, the Plovdiv eparchy obtained a court decision allowing it the right to run it once again. The unique wall-paintings from the 19th century are scheduled to be renovated. The monastery was founded back in the Middle Ages and has a very unusual history. Through the centuries it has been burnt down, re-established, turned into a concentration camp, and even served as a mental house, which can be seen from the marks over the wall-paintings. 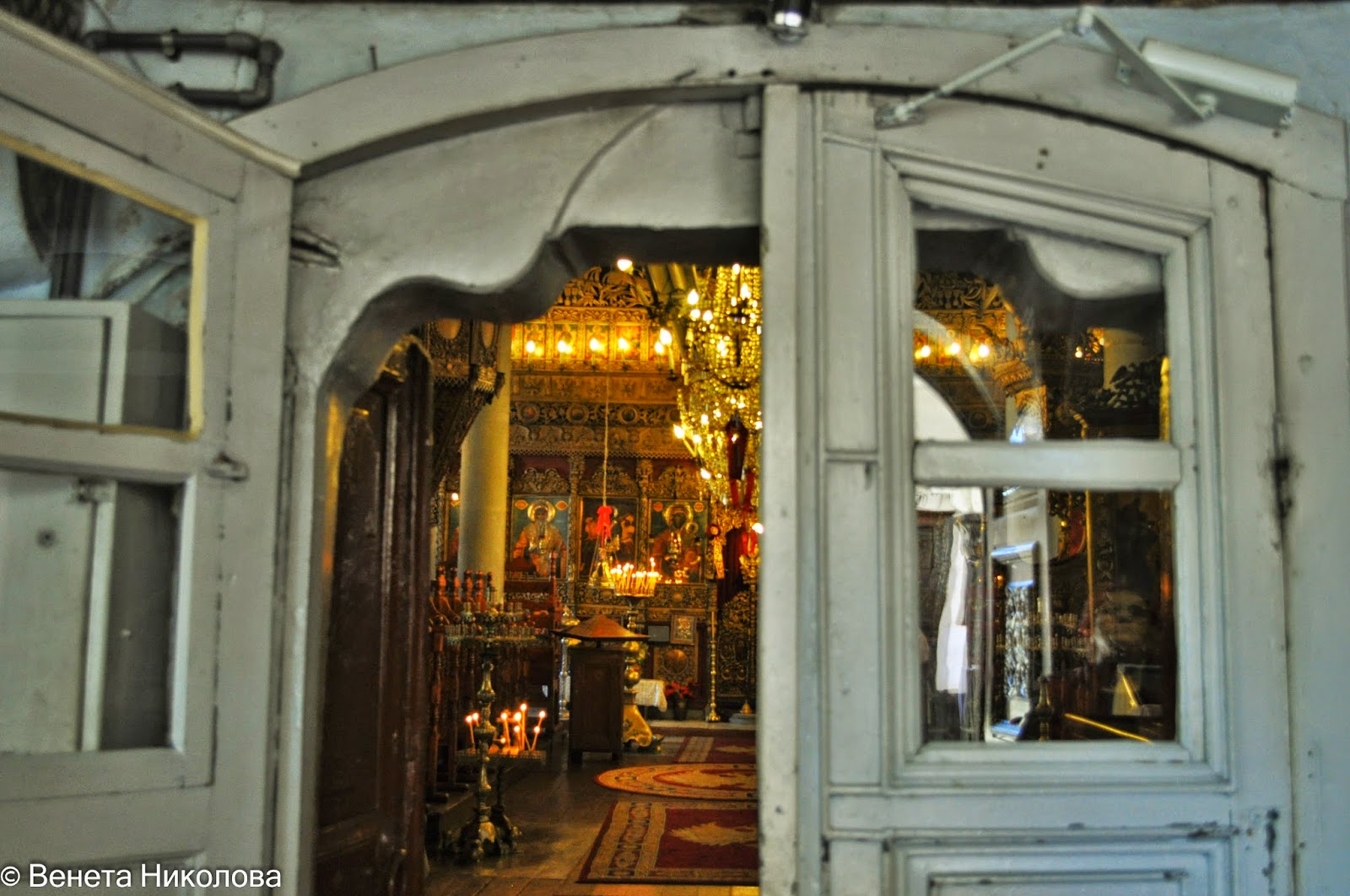 The monastery is very close to and can serve as a peaceful escape from the crowded ski resort Borovets. Pay attention to the gold-plated wood-carvings of the iconostasis and to the murals. Other curious details are the icons of Virgin Mary, where she is depicted with wings, which is in total contradiction to the canon laws of the Orthodox church. The nuns can tell you more about this story. The nunnery was founded in 1772 and can host guests overnight in brand new cells. 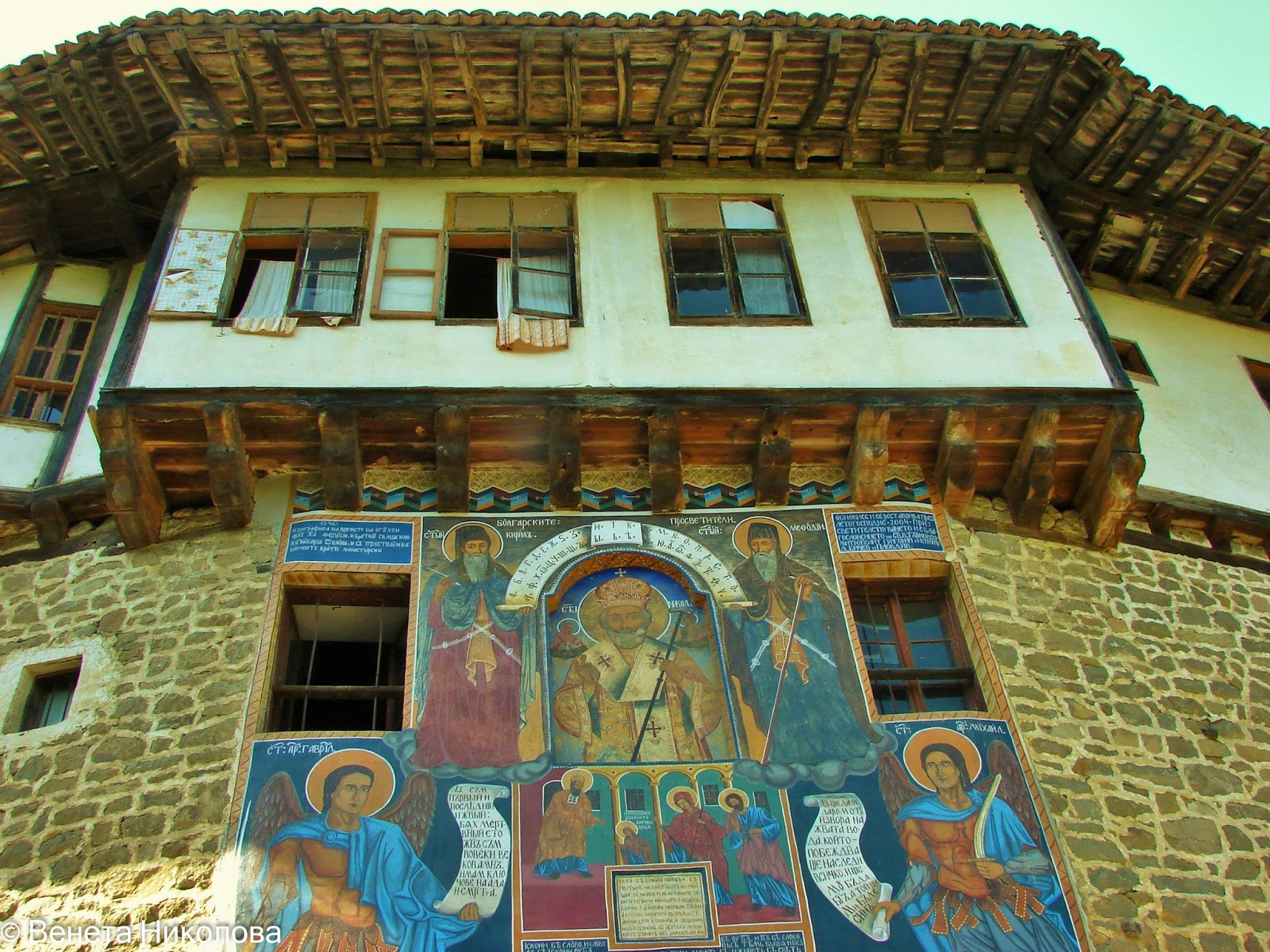 This monastery, founded in the 18th century, is a small architectural gem in the middle of the Elena region of the Balkan Mountain. During the Ottoman rule various Bulgarian revolutionaries such as Vasil Levski and Angel Kanchev have found a safe shelter here. Today the cloister attracts a lot of tourists with its luxury hotel part . Founded back in 1158, this monastery saw its upsurge in the 16th century. Here flourished one of Bulgaria’s most significant literary schools, which became prominent in the Orthodox world with the richness of its book decoration and its specific calligraphy. Today the cloister is a lovely place to rest and the nearby Varovitets waterfall invites for pleasant walks in the venerable forests of the Etropolski Balkan.

(7) Sveti Ivan Rilski (St. John of Rila) Monastery near the village of German 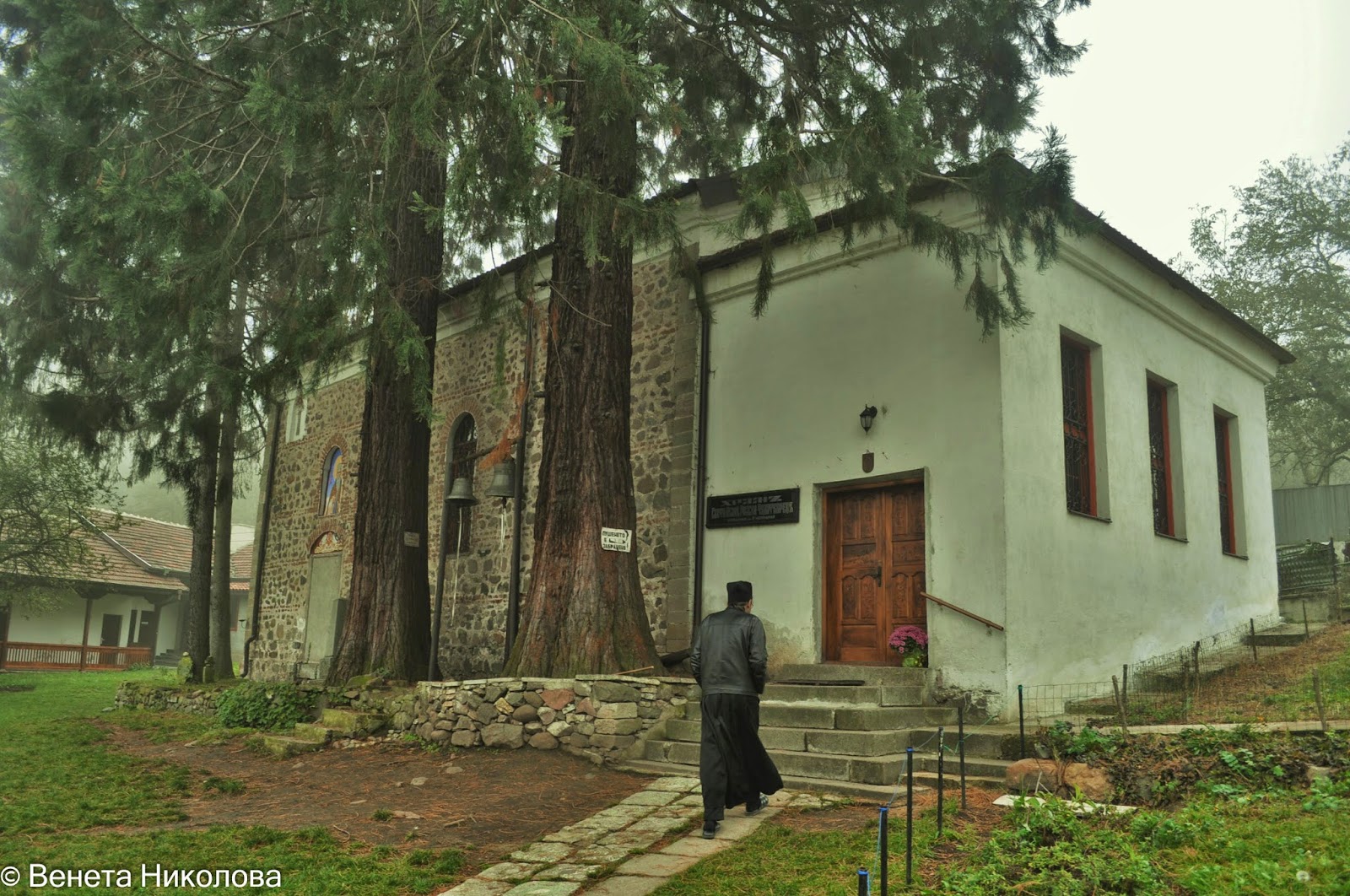 You will recognize it by the three tall sequoias, planted personally by Bulgarian Tsar Ferdinand and his son Boris, who loved to stay here and go hunting in the region. The monastery was founded in the 10th century and was destroyed three times during the Ottoman period. Its present appearance dates from the year 1885. Interestingly, the monastery is under the management of the Zograf Monastery in Mount Athos, therefore it sometimes welcomes monks from there.
Never ending Journey . Veneta Nikolova
previous post