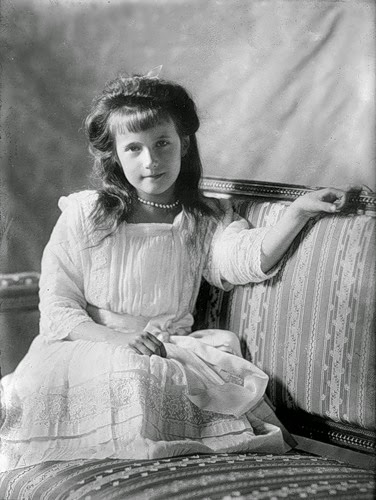 Did the lost Romanov Princess and  her brother, the young heir Alexei spend their last days in a remote village in Bulgaria?

In 2007 Russian authorities officially stated that they have found the missing remains of the two youngest heirs of  the Romanov dynasty. An Investigator of the Bulgarian city of Kazanlak Blagoj Emanuilov however is adamant that it is a manipulation. The inhabitants of the Bulgarian village of Gabarevo share the same opinion. And they are not the only ones...

Many in Bulgaria believe the secret is kept by Russian authorities to put an end,once and for all, to the claims over the treasures of the Romanovs held in European banks. With the expiry of the banking limitation period the funds will become property of the Russian State

Please  adjust the settings for automatic translation on You Tube to follow the the video from 2021 :

My aunt Kristina was among the few living people who used to know the mysterious Mrs. Nora, who came in  Gabarevo somewhere about 1920.

It is from my aunt Tinche that I first heard about the eccentric foreign aristocrat who dropped out from nowhere transforming life in the peaceful mountain village. While she was alive people kept whispering that she was a royalty.

Many years to come after her death  there are still legends going on over her enigmatic personality.

Who is Eleonora Kruger? Hardly will we ever know.  But nothing prevents us from fantasizing .. 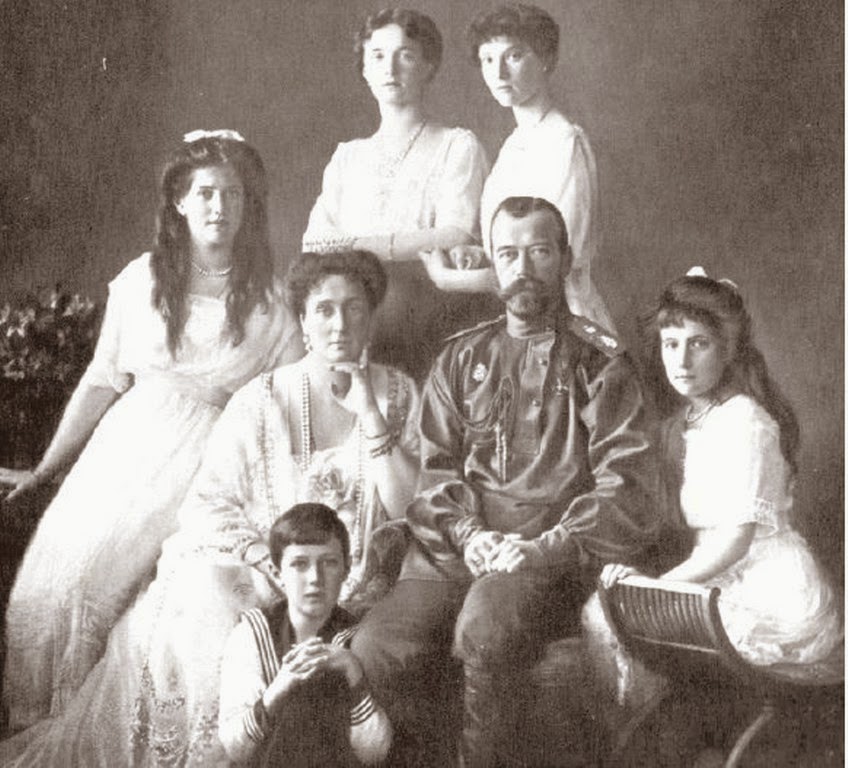 Many years after the Bolshevikhs in Russia had executed the royal family, forensics who examined the exhumed skeletons of Russia’s last monarch Nikolay II and his family, discovered that the mortal remains of one of the princesses and the crown prince Alexey were missing.

Thus, the foundations for one of the biggest mysteries of the 20th century history were laid, and a great number of hypotheses on the possible ways in which these two members of the Russian royal family, the Romanov, had escaped certain death, and their possible whereabouts came to being.

One of the most striking of these was the claim put forward by Bulgarian investigator Blagoy Emanuilov that Princess Anastasia and her brother Alexey of Russia had spent their last days and had died peacefully in the Bulgarian village of Gabarevo in the Balkan Range.

So I tried to bring the story of how the legal expert put two and two together.

Dozens of fake Anastasias and Alexeys over the world had tried in vain to claim their rights to being the famous regal personae, entitled by right of birth to the throne of Nikolay II.

It is very likely that while the impersonators were making a big fuss about their made-up stories, the true prince and princess had led a quiet and undisturbed life in a remote village huddled in the folds of the Central Balkan Range in Bulgaria, not far from the historic town of Kazanluk with its famous Thracian mound.

The elderly villagers in Gabarevo still bring vivid memories of the mysterious Russians who had settled in the village some time around 1922-1923.

As if from nowhere, a young Russian woman of regal stature, presenting herself as Countess Eleonora Albertov Krueger, arrived in the village. She insisted that everybody addressed her as Nora. She lived with the Russian physician who had appeared a month prior to her arrival, and whom she subsequently married.
However, everybody was aware that theirs’ was a formal marriage and that the lady was treating her husband as if she had married below herself. 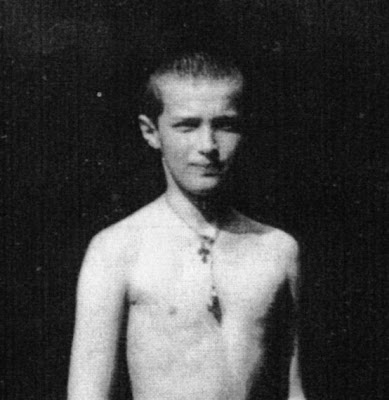 Almost a year later a tall frail young man, enlisted in the municipality register as Georgi Zhudin, but better known as Georges, accompanied by several more Russians took refuge in their home.

The improvised Russian community shared one thing in common: they never mentioned their origins and their past, nor did they give explanations about the purpose of their stay.

Georges shunned other people and usually kept strictly to himself right until the last days of his life in 1930. Rumours had it Georges and Nora were siblings and of royal blood.
The young lady had exquisite manners, spoke several foreign languages, played the piano, and was skilled in white and colour Russian embroidery. She was an avid reader and always smoked cigarettes. Even opium was mentioned at some point. 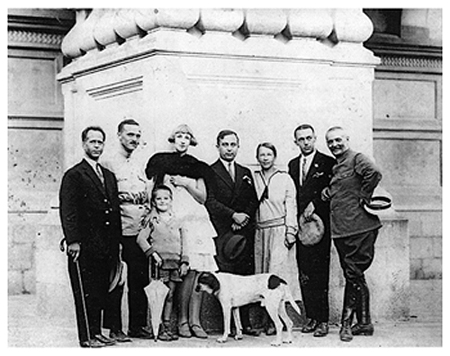 One thing was striking about her: she had a scar from a wound inflicted by a gun shot between her right cheek and her neck. She had a similar wound on her chest.
Eleonora Kruger passed away on July 20, 1954, aged 55, taking away her secrets to the grave. She was laid to her rest alongside the grave of Georges. “A great deal of the life facts about Princess Anastasia, whose verity historians had proven, coincided with Nora’s life in the village of Gabarevo,” Blagoy Emanuilov says.

Near the end of her earthly days Nora often recalled childhood experiences of being bathed in gold baths, and combed and clothed by maids.

She mentioned having a princess’s room all by herself and remembered drawings she had made. There is other evidence, as well. In the early 1950s a Russian who once served on the anti-Bolshevikh White Guard and who had taken refuge in the Bulgarian Black Sea town of Balchik referred to Nora and Georges from the village of Gabarevo when describing the lives of the executed royal family.
He told witnesses that the late tzar Nikolay II had ordered him personally to take Anastasia and Alexey out of the palace and hide them safely in the country. Apparently they had somehow managed to make their way to Odessa, where Anastasia was said to be wounded by the Red Army cavalry.  They got off at Tegerdag in Turkey. 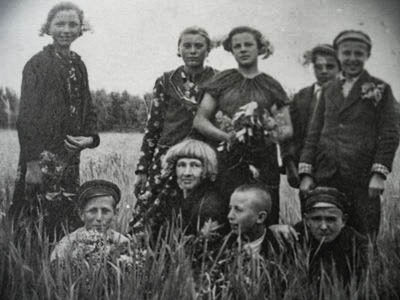 The Russian White Guard officer claimed fate had taken them as far as the village of Gabarevo in Bulgaria.

In the late 1950s another Russian residing in the town of Chirpan in Southern Bulgaria announced the forthcoming visit of a Russian delegation. It was to pay tribute to the graves of two important Russian personalities in the village of Gabarevo. However, he failed to mention the names of the high-profile personalities and was soon taken away by sudden death.

of 17-year-old Russian princess Anastassia Romanov to the picture of 35-year-old Eleonora Krueger from the village of Gabarevo. The year of birth is the same, too.
Another thing: Georges’ contemporaries described him as suffering from consumption, and being thin and yellowish as glass. Russian court physicians, when describing the crown prince Alexey who was known to be a haemophiliac, gave the same description. Tuberculosis and haemophilia share many similar signs, physicians claim.”

Kristina Chomakova from the village of Gabarevo recalls how the mysterious Nora Krueger used to teach them French, English and Latin, or do the props for the amateur theatre productions. She  even did the make-up, or offered her services as prompter although the bullet had affected her vocal chords, and she kept her voice low and spoke mainly through the nose.

In her words the young Russian aristocrat had transformed entirely the life of the people in the tiny village huddled amidst the thickness of the Balkan Range forest . Everyone whispered under their breath she was a Russian princess.

“Back in 1930 when the majority of the Bulgarians hardly even knew what ballet was, she put on a ballet show at the village school,” Krustina Chomakova goes on to say. “She made fancy coloured costumes out of stretchable paper. Ah, the success the show had! The following year we mounted a production of “The Flowers’ Ball” operetta. Nora used to be in charge of the spring festival that grew into a large court fancy-dress ball of sorts, with the people from the village guised as Eskimos, Africans, etc.”

In 1995 forensics exhumed the bones of Nora and Georges in the presence of a forensic physician and an anthropologist.

To their surprise they found a very precious item in Georges’ grave,  a ladanka. This is a small icon of the Lord Jesus Christ left inside the graves of only high-profile Russian aristocracy members.

Naturally, DNA analysis is the only plausible scientific method to give the answer to the question whether Nikolay II’s two youngest children had ended their days peacefully thousands of miles from the city of Ekaterininburg in Siberia, where in 1918 their royal parents and siblings had been shot dead by order of the Bolshevikhs.