by Veneta Nikolova30 October, 201425 March, 2020
In the quiet yard of the Samokov convent, in the Bulgarian Rila mountain, there is an atmosphere of peace and quiet. When visitors step inside, they lower their voices as their souls fill up with calm. 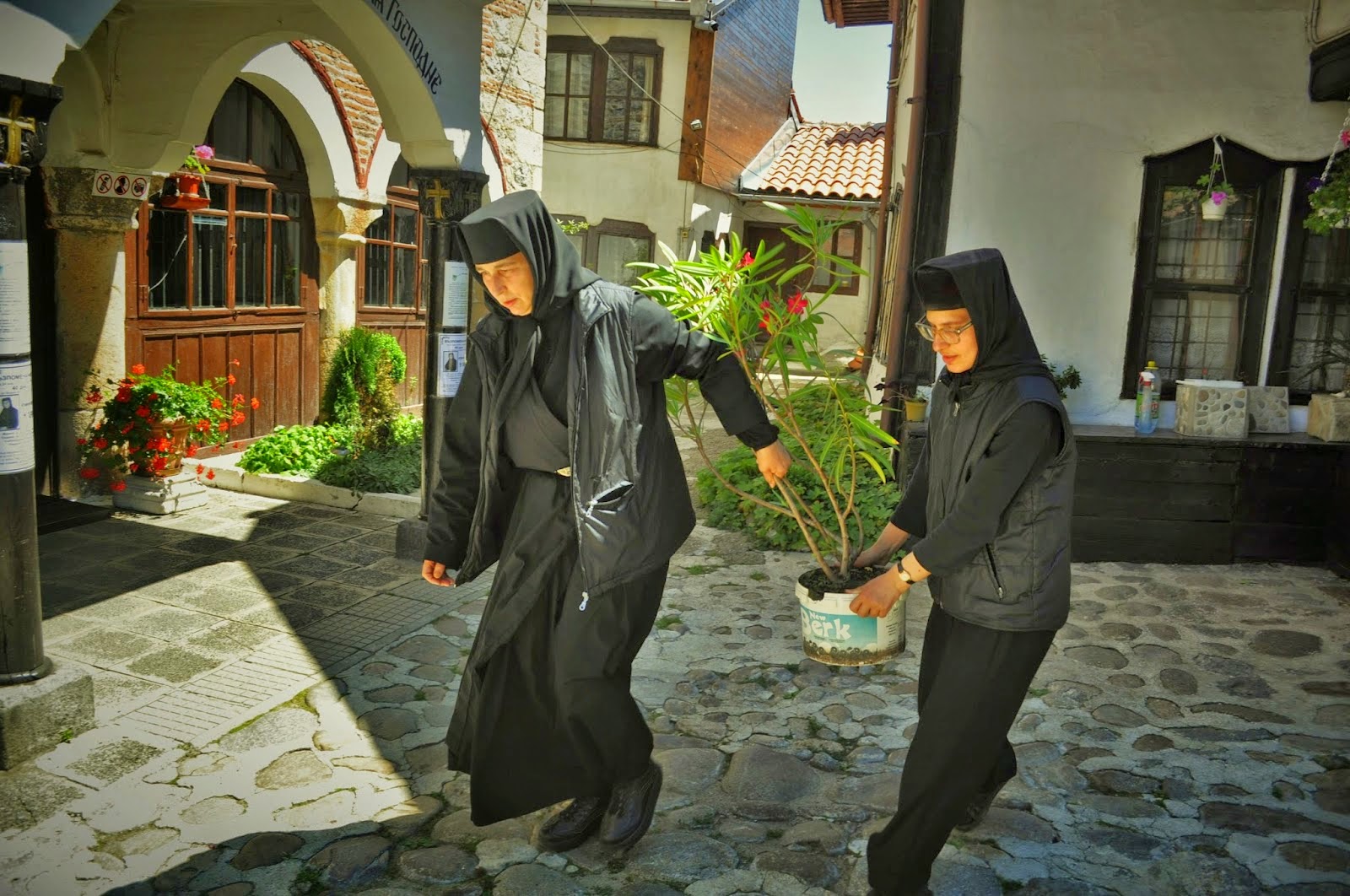 On a hot August morning the sun is beating down the monastery buildings clustered around the old church of Pokrov Bogorodichen (The Intercession of the Holy Theotokos).

It’s so hot that the birds also seek the shades. In a garden full of flowers we see two nuns trying to move a large tin pot planted with oleander. One of them sees us and briskly approaches. 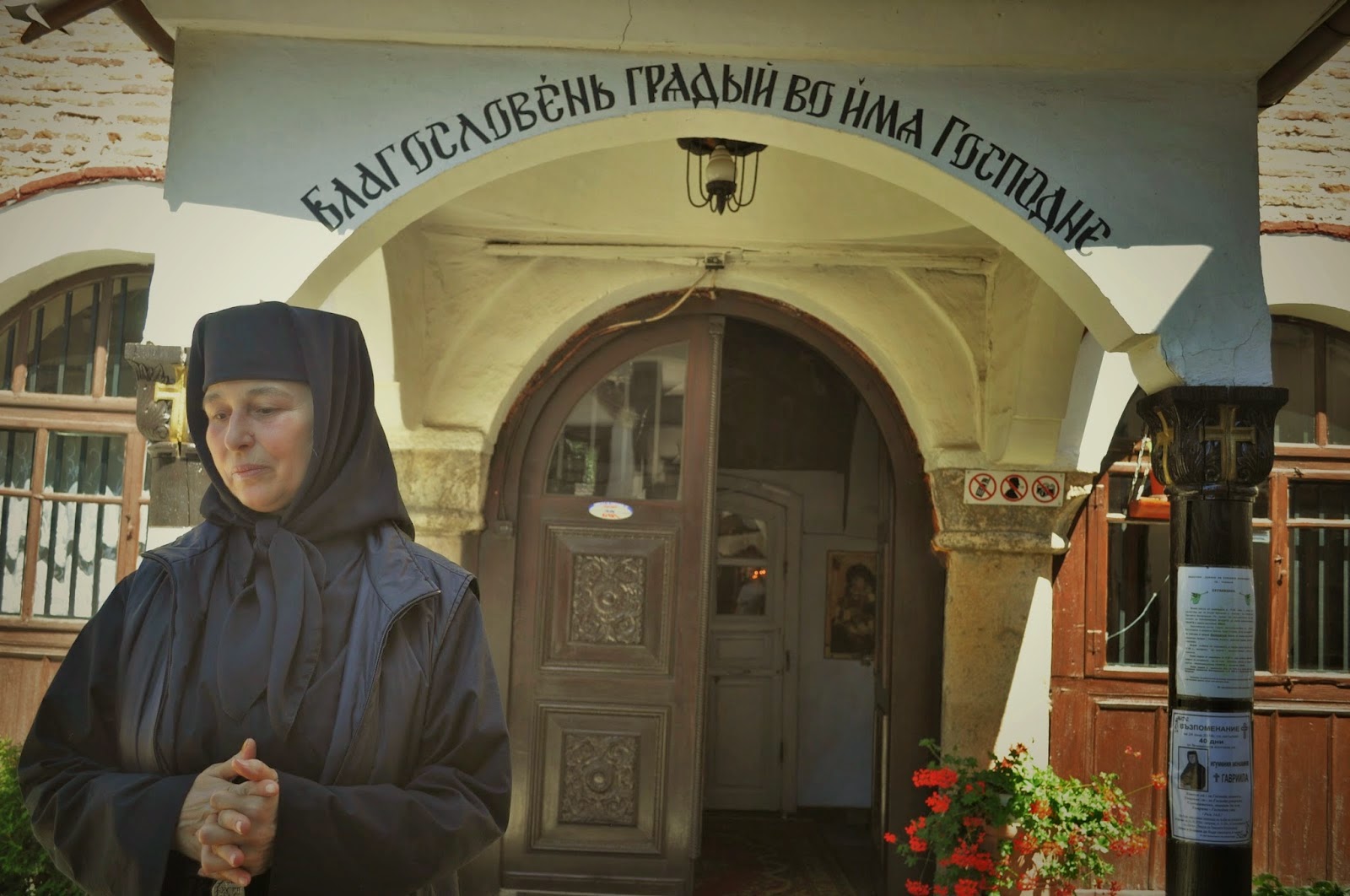 This is Sister Pelagia – the abbess of the nunnery in the Bulgarian town of Samokov.

Sister Pelagia is used to receiving guests at this Orthodox monastery. Most of them are believers who come here from across the country to light a candle and seek communion with God.

They stroll around the yard, peeking through the windows of the monastery buildings and the old church and make carefree noise. 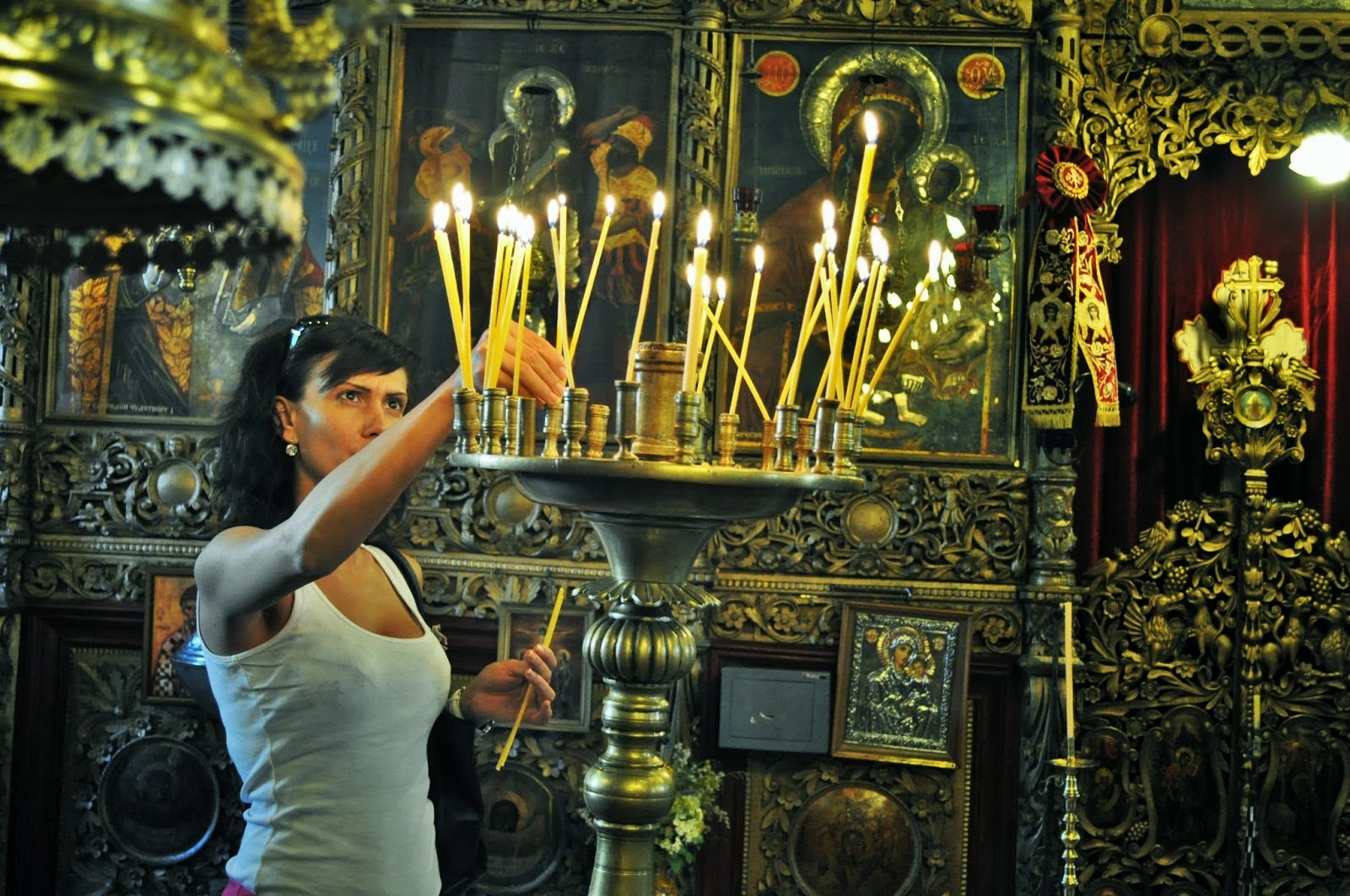 Unlike a number of Bulgarian monasteries that also have hotel buildings in order to attract tourists, there are no such things in the Samokov convent.

“This is a monastery, not a hotel”, Sister Pelagia says.  But she willingly shows us around and tells us about the history of this place engulfed in mystery. 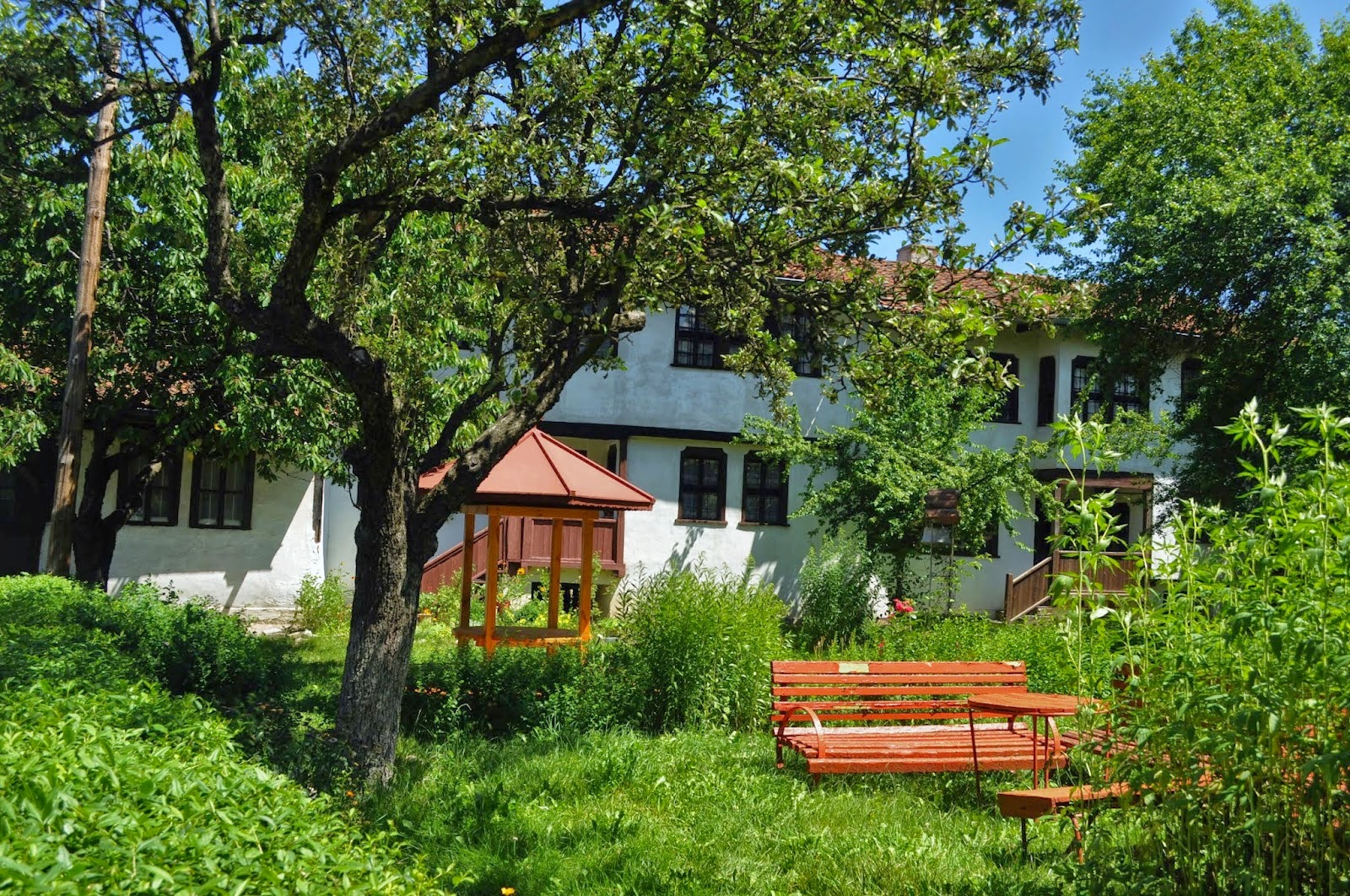 The monastery was established in 1772 as a convent and quickly became a center of spirituality and enlightenment for the entire region.

By the mid-19th century some 100 nuns used to live there. 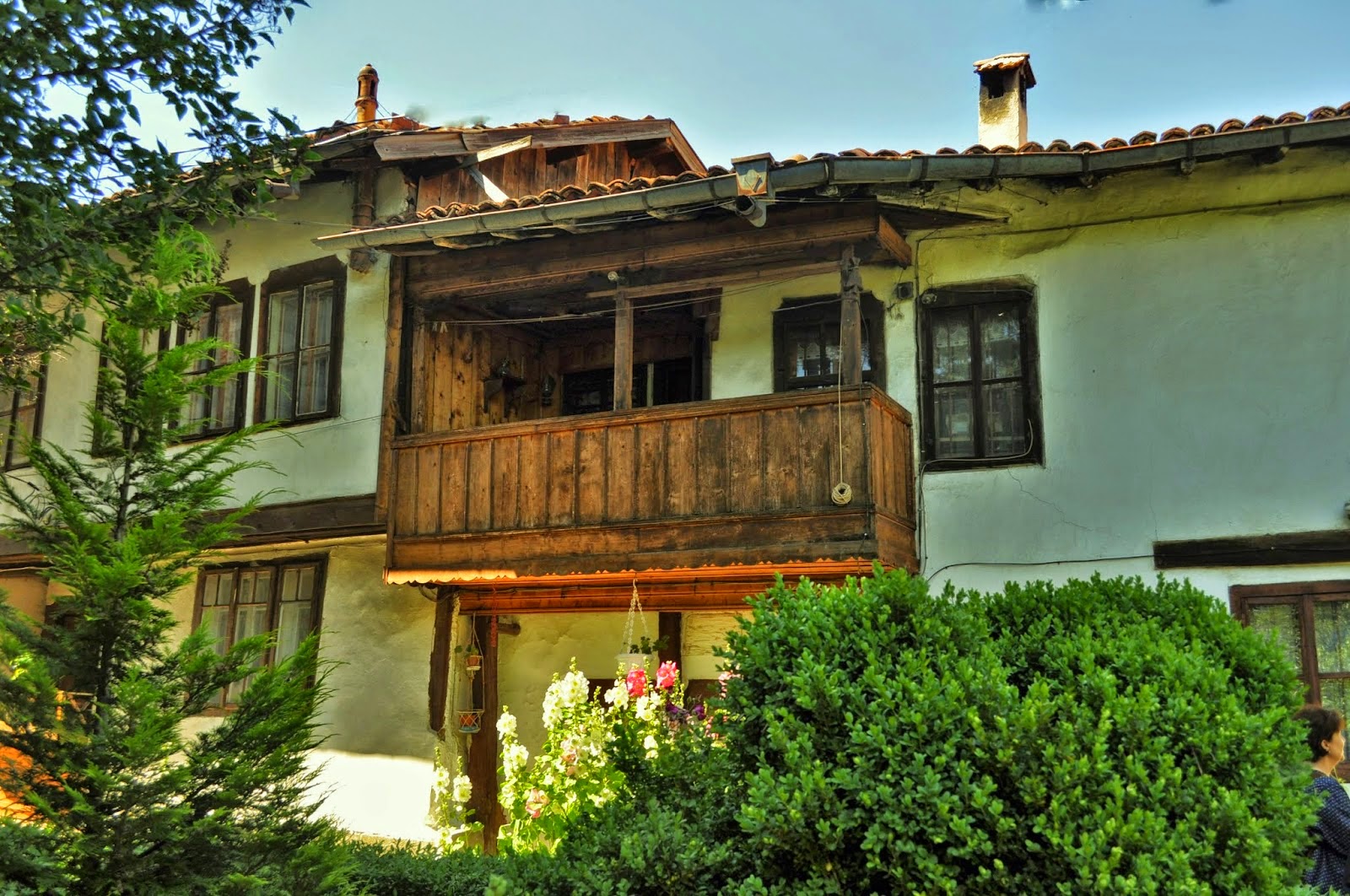 Many of them were widows or wealthy citizens of Samokov, who used their own funds to build the modest cottages where they would spend the rest of their life in fasting and prayer. Gradually a whole complex of buildings emerged and most of it survives to this day. 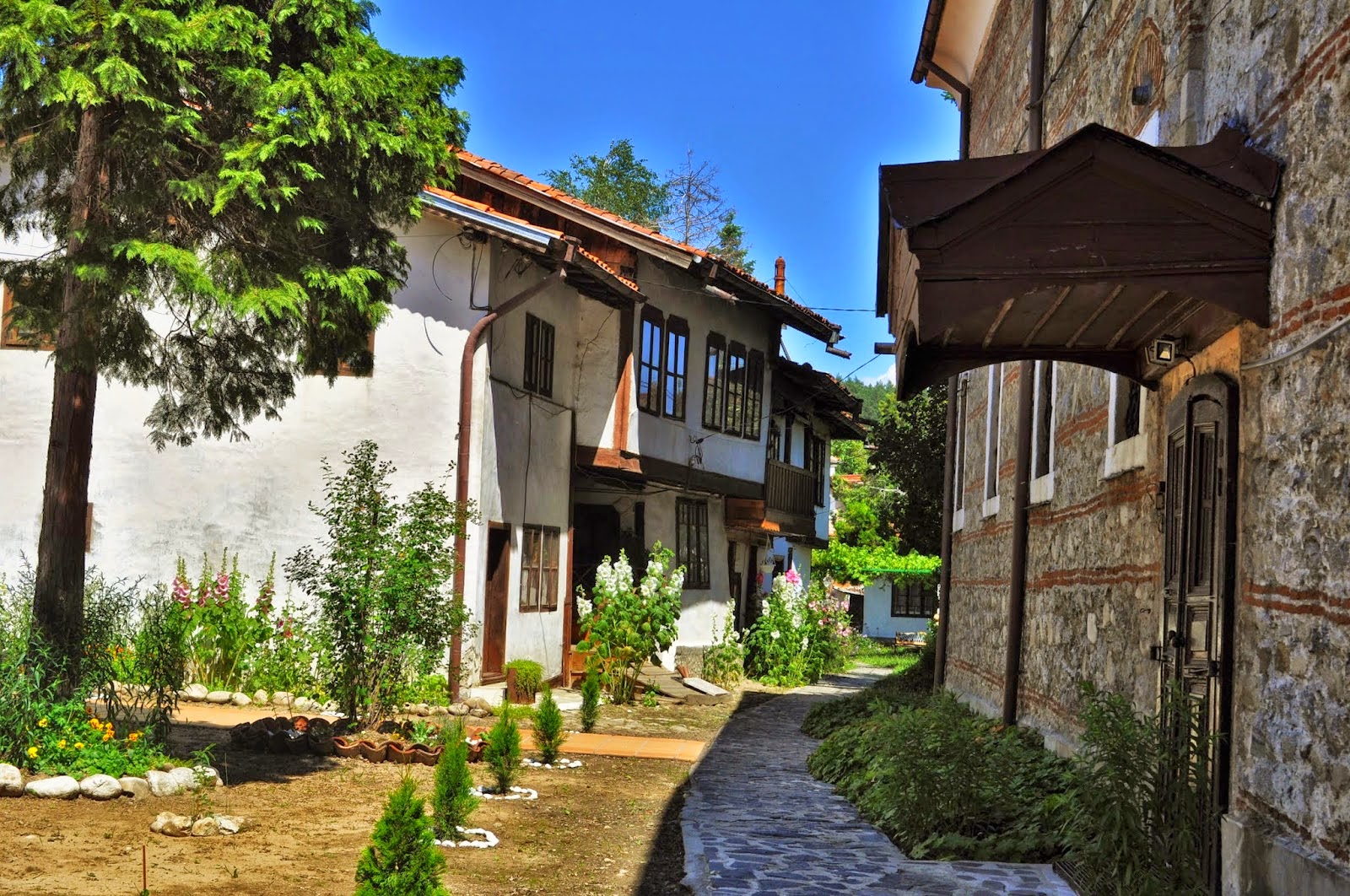 Nowadays, however, only 4 nuns live there. One of them is Sister Heruvima who is 94 years old and is the oldest nun in Bulgaria. She came to the convent at the age of five. But still has clear mind and remembers all the historical events from the past century. 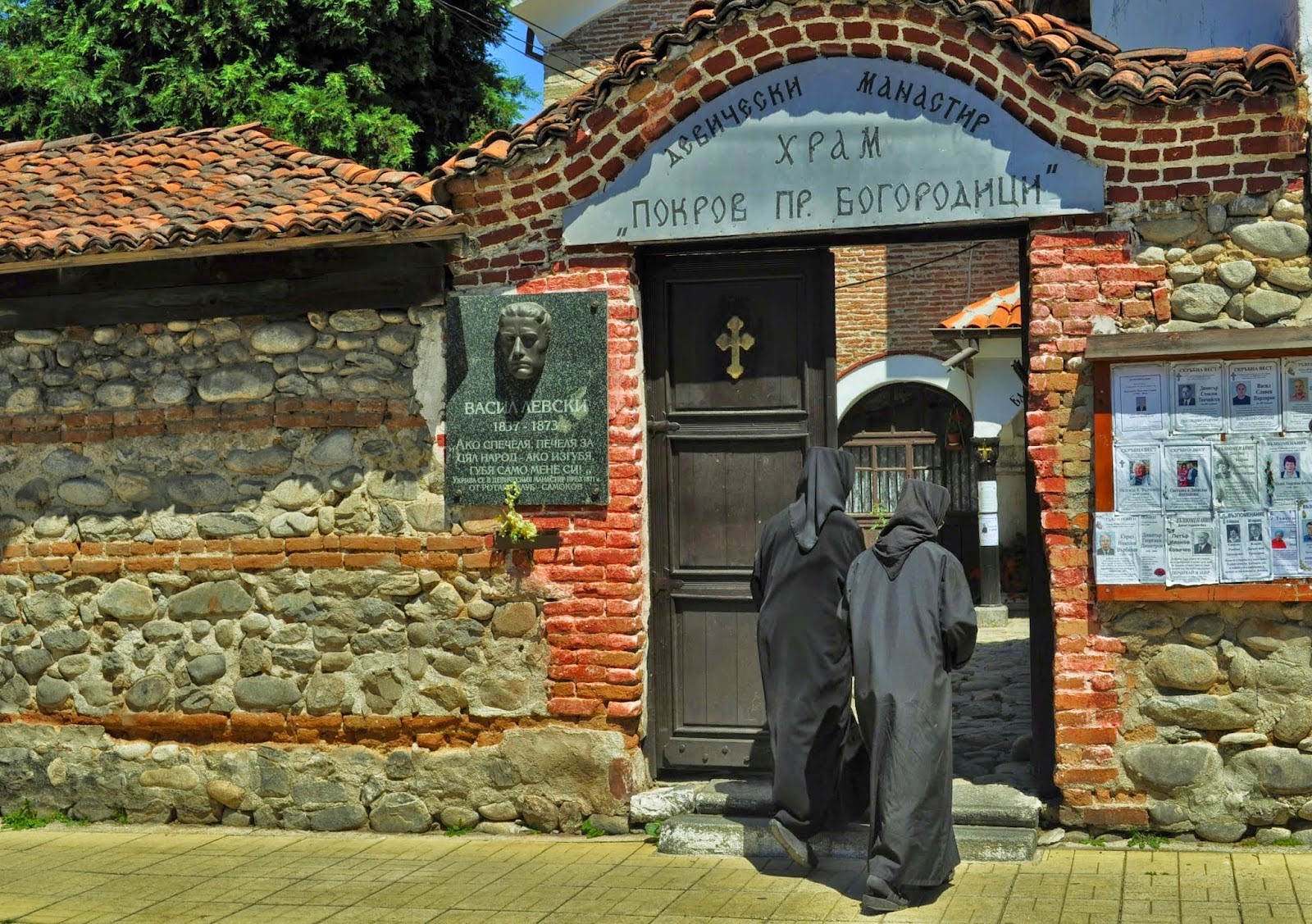 Unfortunately, monasteries in Bulgaria are becoming more and more deserted, and the young people who want to take the road of a nun or monk are an exception.

“There is lack of spirituality everywhere. In most Orthodox countries, religious education has been introduced in schools, but not here. That leads to collapse in values “- Sister Pelagia says. 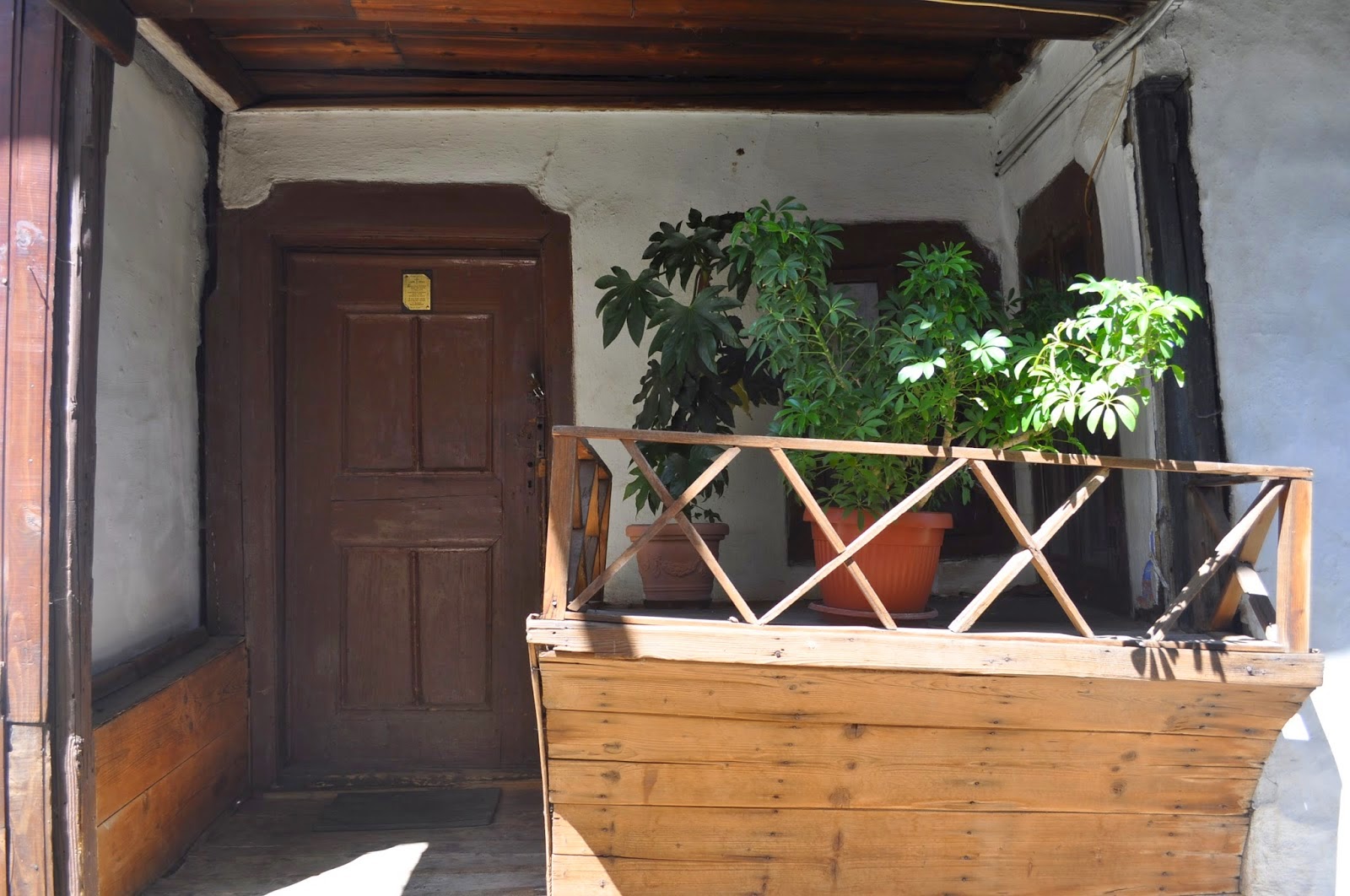 “Labour, prayers, and more work, then prayers again – that’s what nuns do. Because they should show how human beings can live in the kingdom of heaven when the soul goes there, and later with the Resurrection – the body, too.
We work a lot and put plenty of effort to educate people. Also a number of Christians turn to us for help.” Sister Pelagia takes us into the monastery church Pokrov Bogorodichen. The church  was built in 1837-39, nearly half a century after the Samokov convent was founded.

We step inside and become amazed by the magnificent woodwork and iconostasis. The carvings and iconostasis are the work of the renowned Samokov art school with its ancient traditions.

In the narthex of the church there are works by famous Samokov artist and iconographer Zahari Zograf (1810-1853). 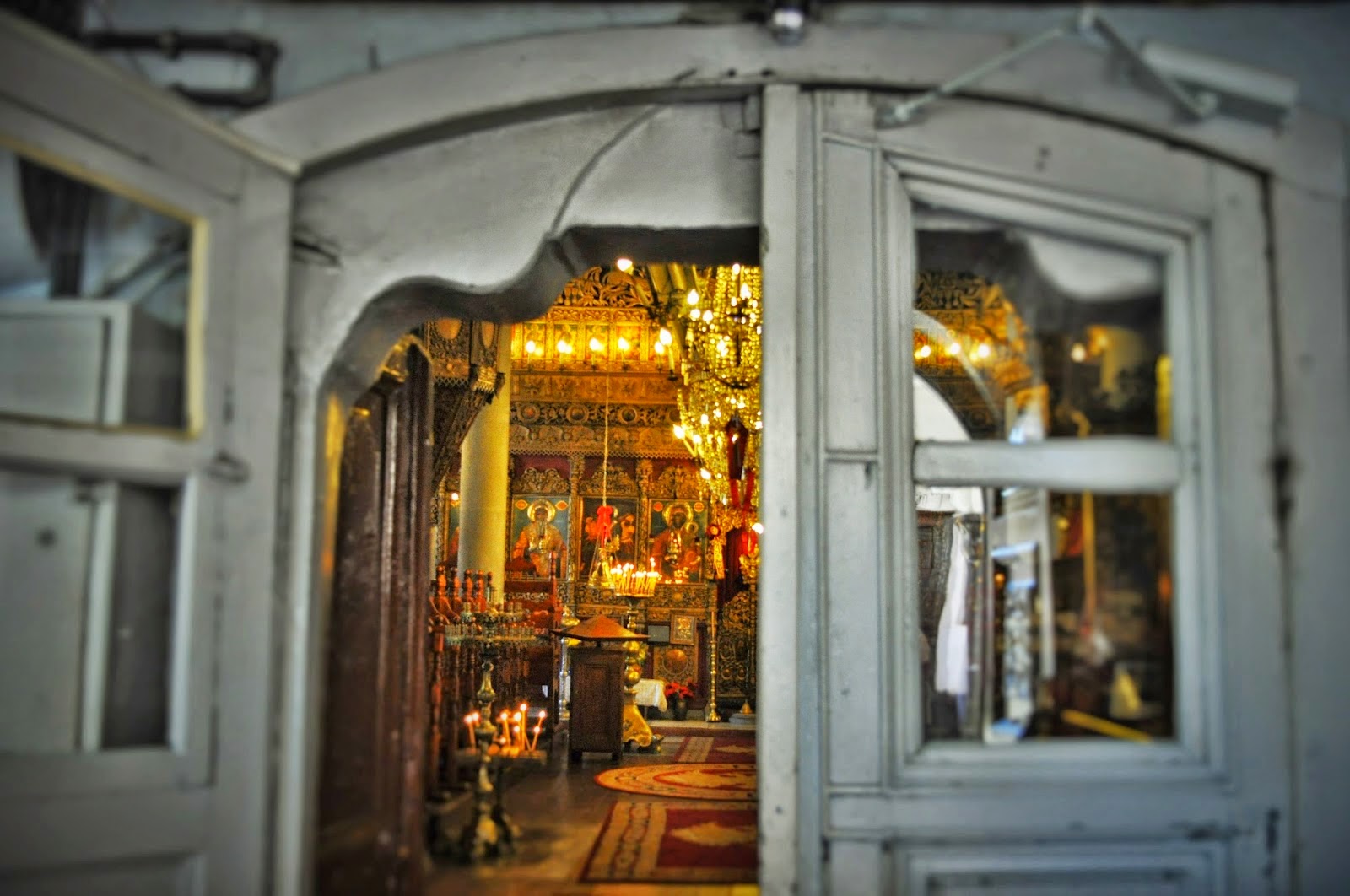 We see his self-portrait as well as an unusual icon of the Virgin Mary:

“You see there are little silver legs placed there. People who were healed by the Virgin Mary made this gift as a sign to others that this is a miraculous icon,” says the abbess of the monastery. 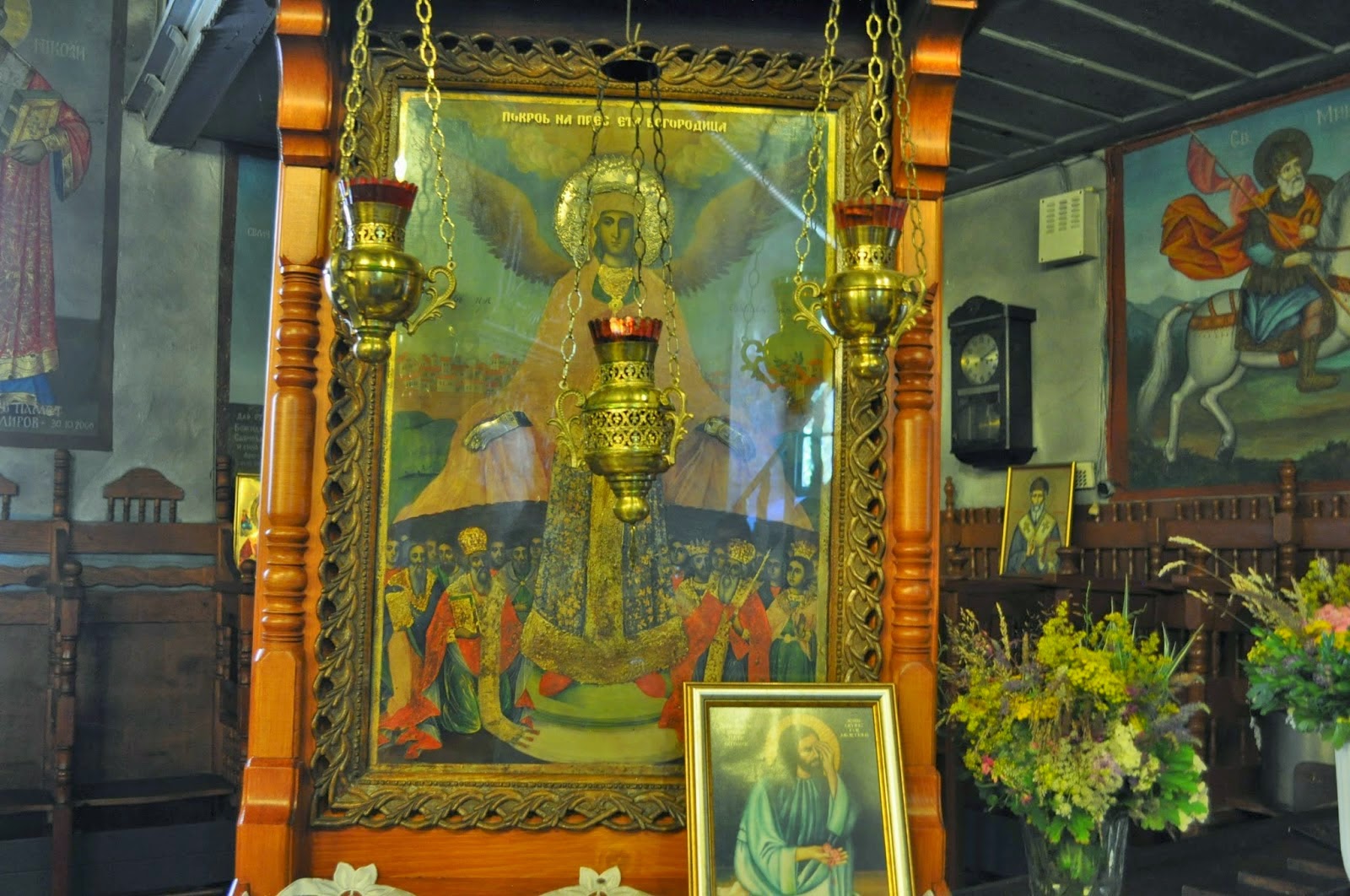 Believers and tourists often come here to see two icons – one large and one small, on which we see the Virgin Mary depicted with … wings.

This runs counter to the canons of the Orthodox Church. According to them the Virgin Mary stands above the angels and archangels and cannot be depicted with wings. Sister Pelagia, however, tells us the following legend: 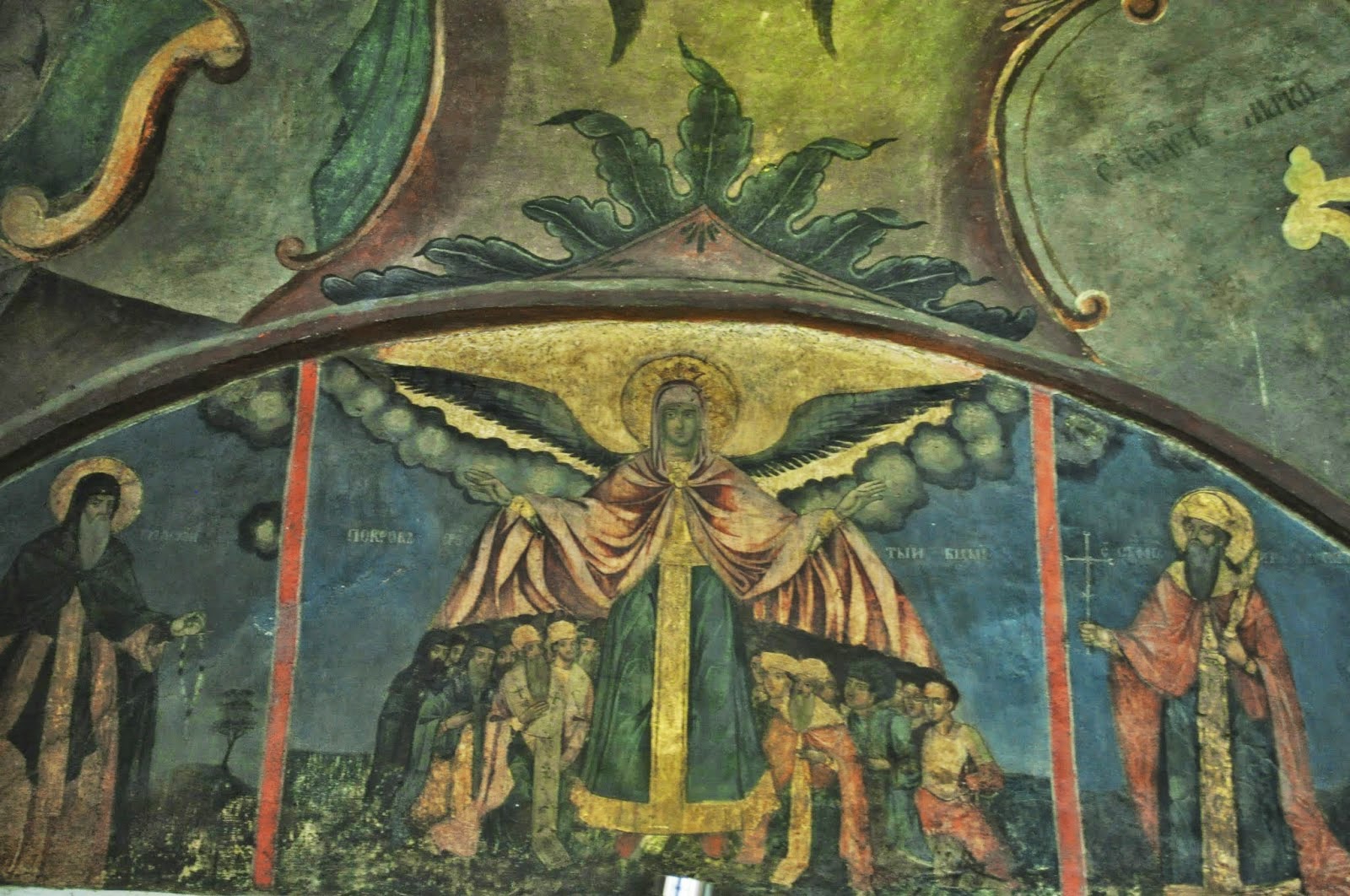 “People in Samokov say that when the Turks attacked the town, the image of the Virgin Mary appeared in front of them spreading her veil over the whole place. They are very faithful and also honor the saint. So when they saw that she was the protector of the town they did not attack Samokov. That is why the Virgin Mary is depicted in this way in our church. “ 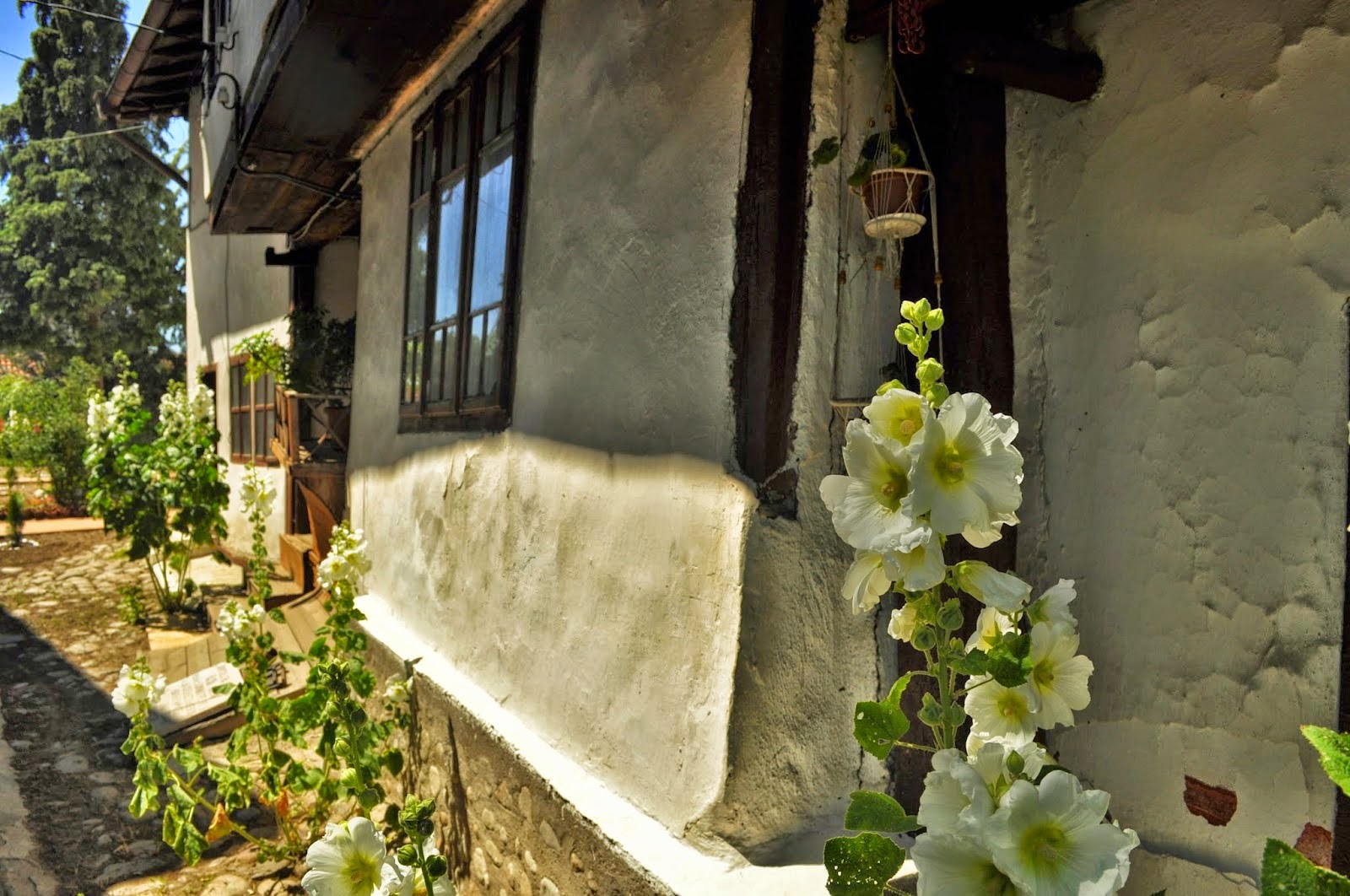 Intensive repair works are currently underway in the monastery. A new building will be opened.  In the autumn it will host the Sunday religious school. In the renovated rooms courses in iconography will be also held. Local students will have the opportunity to absorb the intricacies of the Samokov school of icon painting.

There will also be a place where believers, the sick and the needy will be able to stay for a while in search of healing and communion with God at the expense of the monastery.