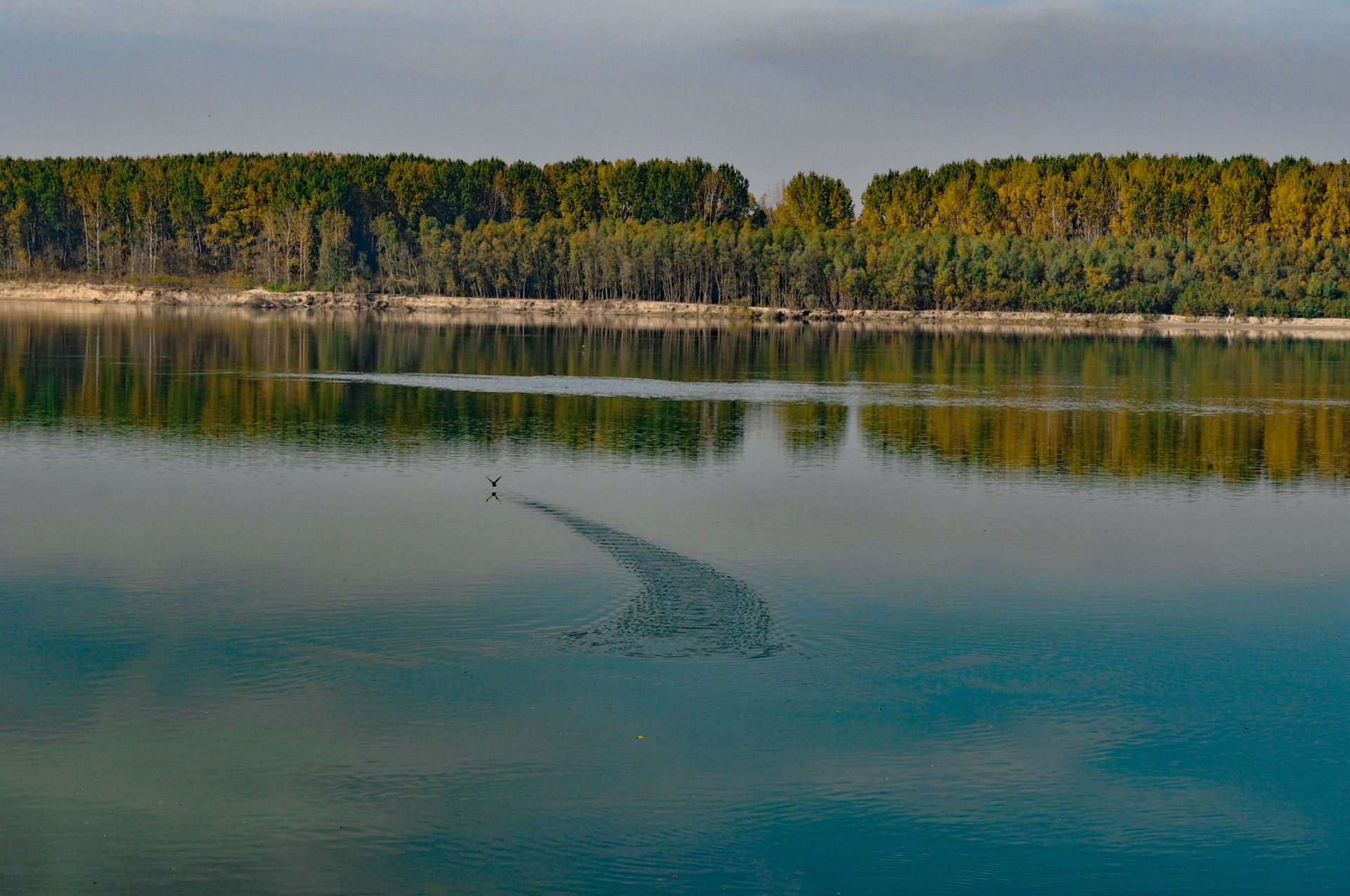 Tutrakan is a small town located at the endmost point of Bulgaria, to the North facing the Danube and the barren Romanian plains on the other bank. Tourist routes rarely reach this point, perhaps because it is so remote and difficult of access, because of the bad roads leading to it. But once you have discovered this spot you are sure to come back to this exotic Northernmost point of Bulgaria time and again. Because exotic means more than palms and beaches, it means encounters one can have nowhere else, it means seeing panoramas very different from anything else in these latitudes. If all that sound intriguing, Tutrakan is your kind of place. 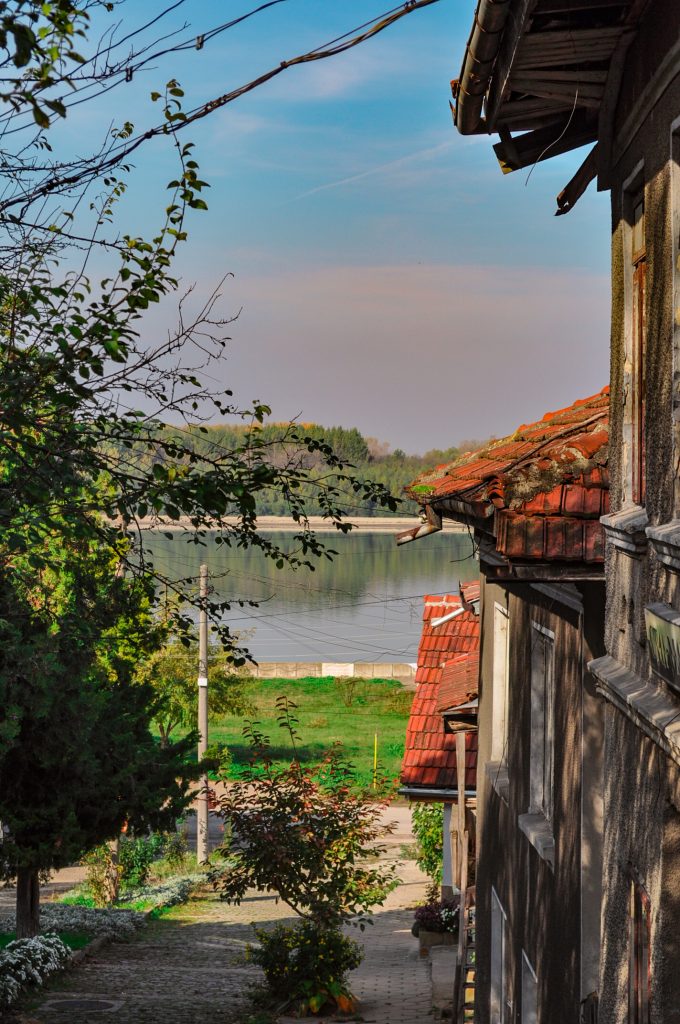 The old fishermen’s settlement has preserved its traditional atmosphere

The first thing that captivates visitors upon entering Tutrakan is the river. Its silvery waters twinkle in the sunlight behind every house, open space or crossroads. Birds nesting in the wetlands nearby fly low over the Danube. Another thing visitors notice right away is how beautiful the buildings here are – they were built with an architectural flair more suited to the towns of Western Europe located on the Danube than to this portion of the Balkans. Most of them face the broad promenade, where people can be seen taking walks any time of the day. At the beginning of the 20th century, Tutrakan took pride in its intellectuals and public figures. 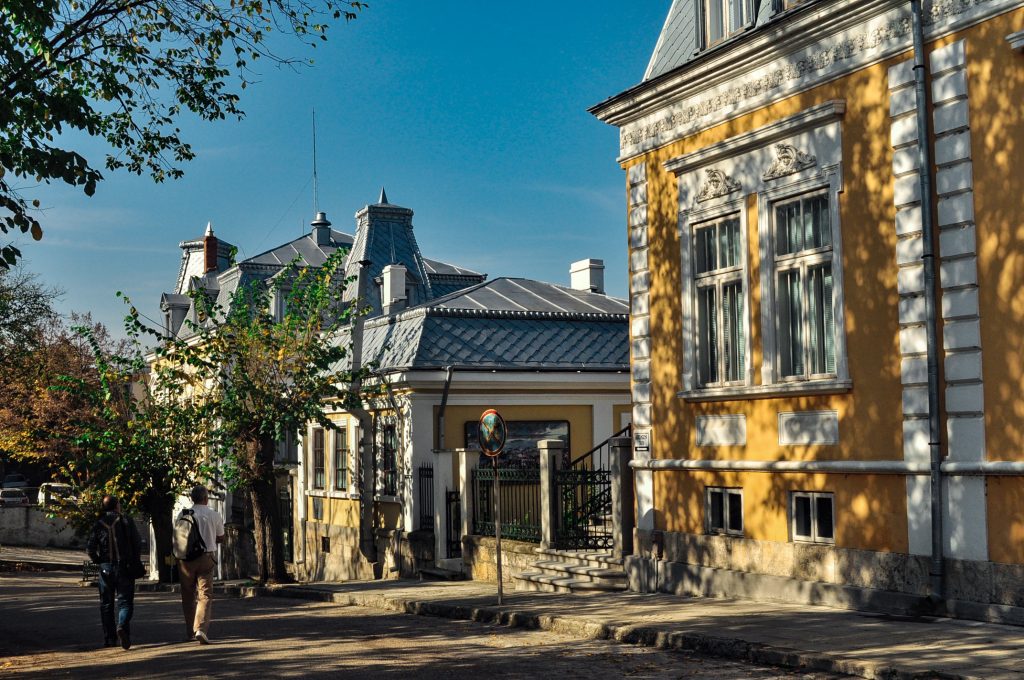 The town had many printing houses where many of the newspapers and books in the country were printed; a large portion of the population was engaged in what was then a lucrative business – publishing. However, the life of most of the people of Tutrakan was not connected with books but with…the fishing rod and the river.

“Masters of the Danubean expanse”

– that was how Ottoman traveler Evliya Çelebi, who traversed our lands in the 17th century, describes the people inhabiting this riverside town. In his chronicles he notes that that it was not only men, but women as well who went fishing. Once upon a time Tutrakan was among the leading fishing centres along the river. Its wide wharf welcomed hundreds of fishing boats and the sturgeon caught here was highly valued as far away as France. 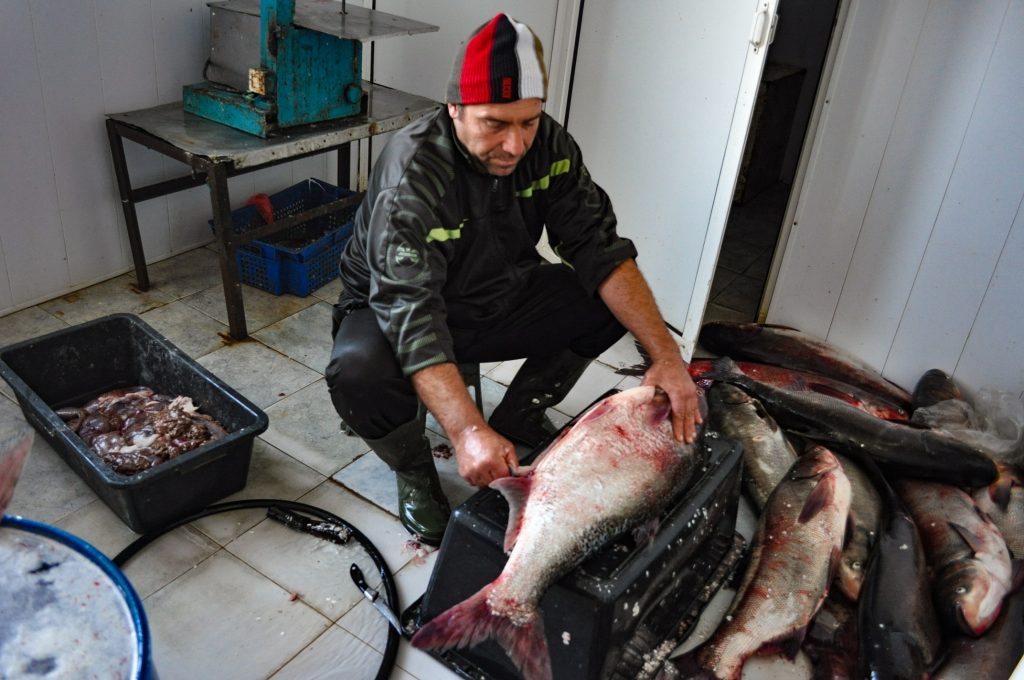 To keep it fresh and transport it to distant lands, the fish was salted and carefully wrapped in nettles. The people of Tutrakan know 1,001 ways to catch fish, preserve it and make the famed, irresistible Tutrakan fish soup. The Museum of Danubean fishing and boat building is the only one of its kind along the entire length of the river. You will see one of the oldest human occupations turned into a veritable form of art. And the resourcefulness of the local people knows no bounds. 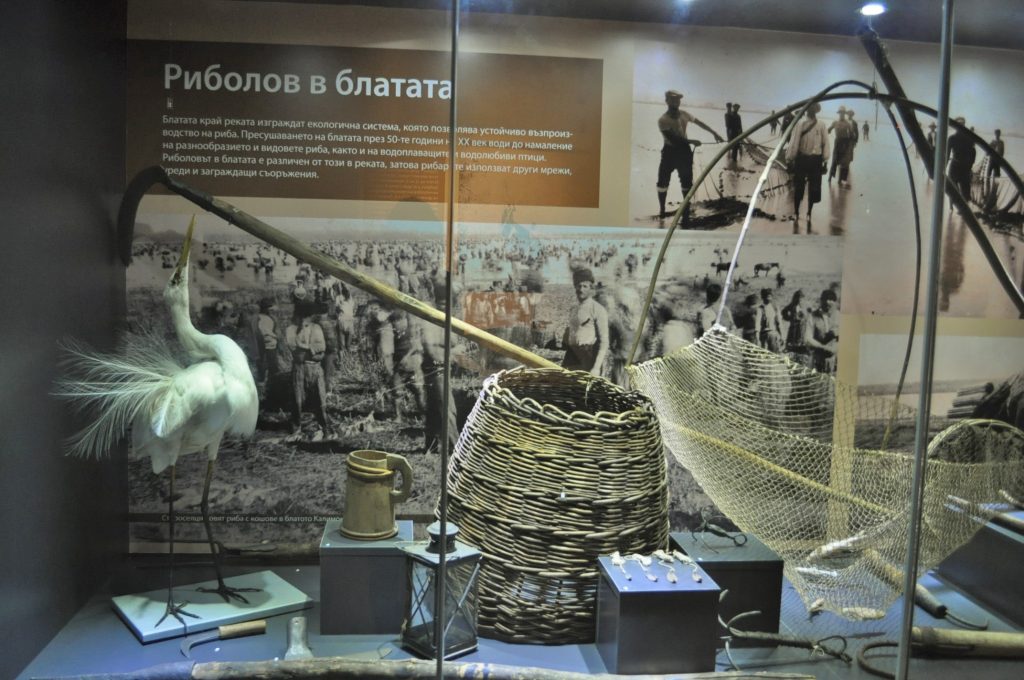 “”Fishing with what we call ustie, a kind of harpoon is so interesting”, museum’s curator Daniela Ivanova explains. “It is used to fish at night. The fisherman sets fire to straw lightwood inside the boat and its light and heat attract the fish. Once it surfaces, he will use the ustie”.  The Museum houses an exposition of photographs of some monstrous river species caught here.

These include a 400-kilogram, 5-meter long sturgeon caught in the late 1930’s

Boat building is another widespread occupation in Tutrakan. At the turn of last century there were a dozen boat building yards here and their products were sent to all parts of the continent. The locals take pride in an invention made by Petar Chorikov. He constructed a new model of fishing boat . It became known as Tutrakanka – much faster than any other boat thanks to its improved hydrodynamics.

Boats are still made in Tutrakan today at one of the private enterprises here. Boat building is much more lucrative than fishing, fishermen from the town say. There is one local saying that goes: As many scales as the carp has, as many as holes in the fisherman’s trousers. 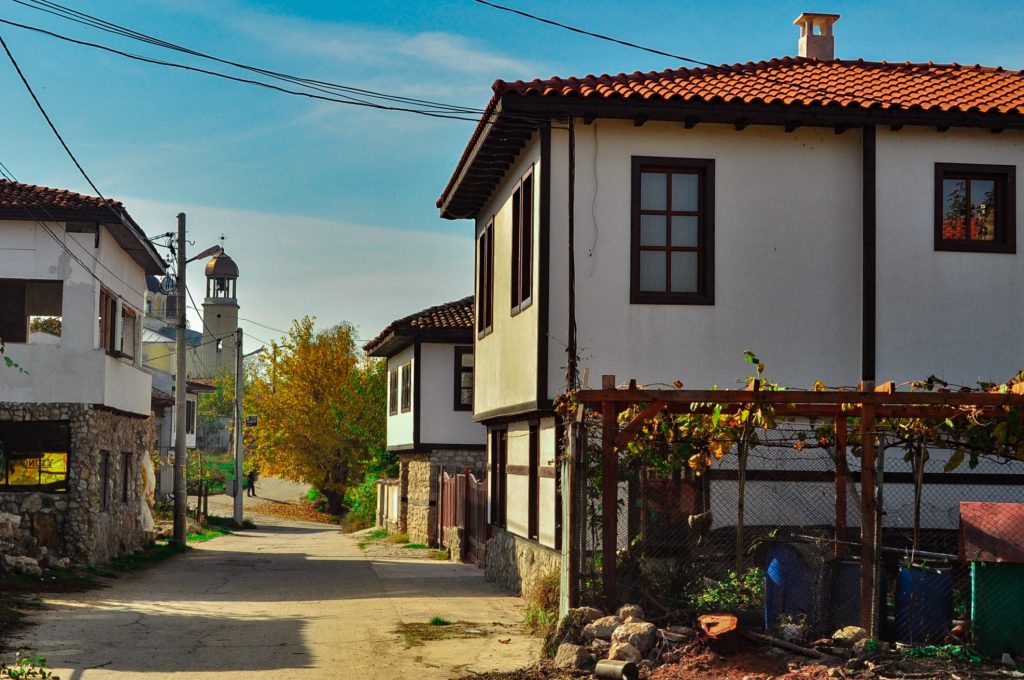 And we can find out how poor the locals were if we take a walk in the old fishing neighborhood. Once, the small houses perched along the river had two-three rooms that had to cater for the large families of the fishermen. Nowadays most of them are abandoned. Under a European project, however the neighborhood is now being reconstructed and is turning into a tourist attraction. 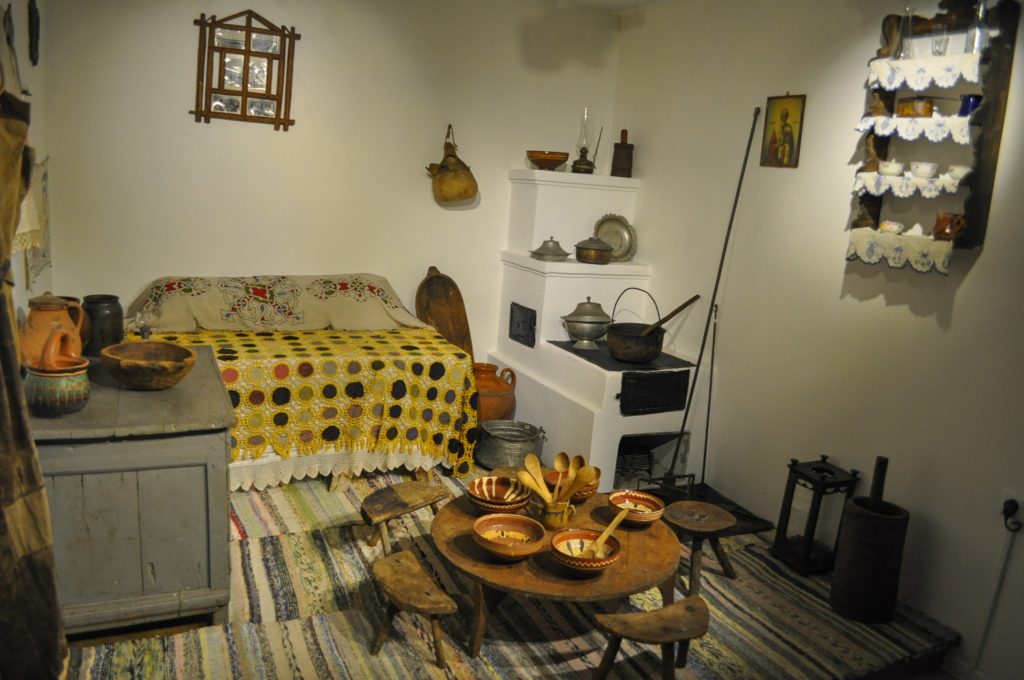 The only trouble is that, God only knows why instead of the humble houses, a great many imposing buildings in the grand National Revival style have been springing up, clashing with the local colour. Still, some of them will house craft workshops demonstrating the local crafts such as boat building, fishing net knitting. 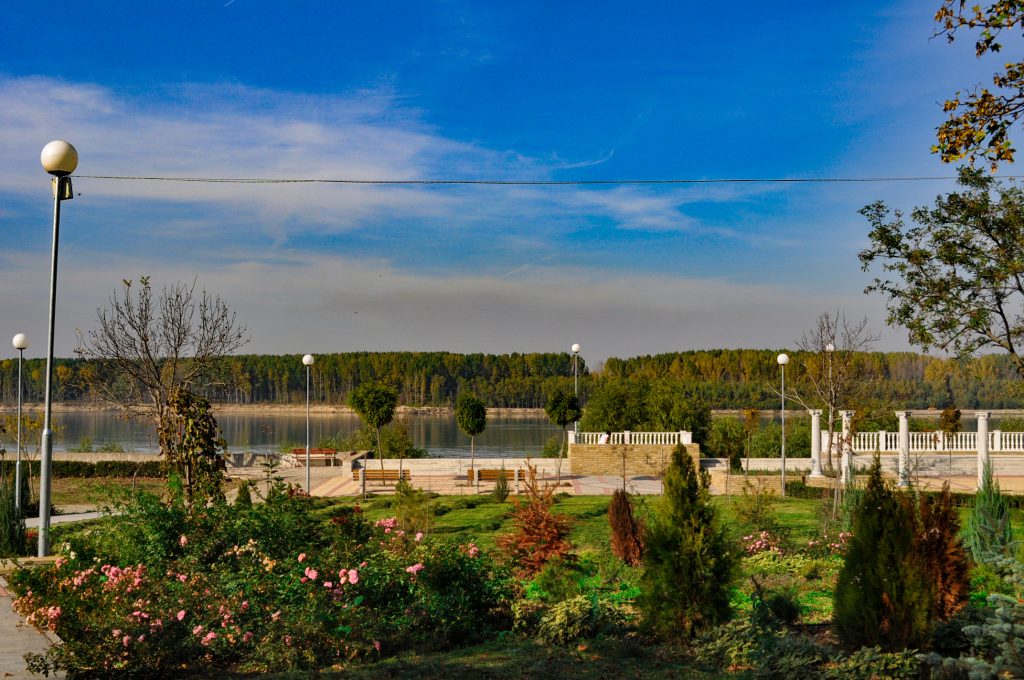 There will also be a sightseeing train taking visitors to the fishing neighbourhood and reaching the town park. In fact the sweeping green expanse along the river bank is reason enough to visit Tutrakan. Enjoy  the exotic plants, the designated rest areas, the beautiful sculptures.  And most of all – the riveting view of the  Danube. 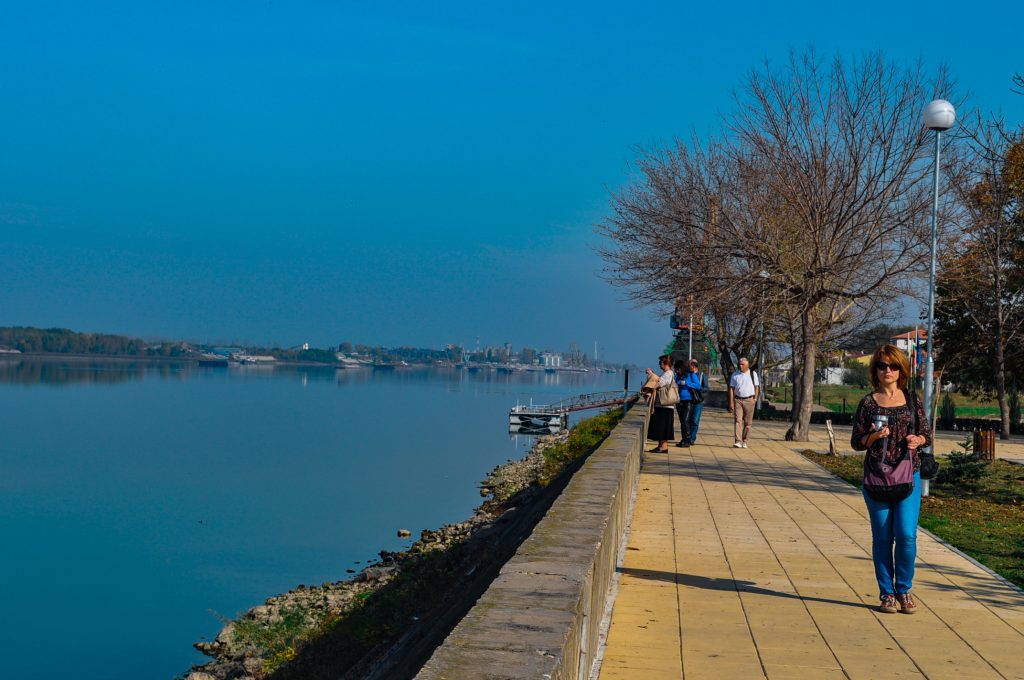