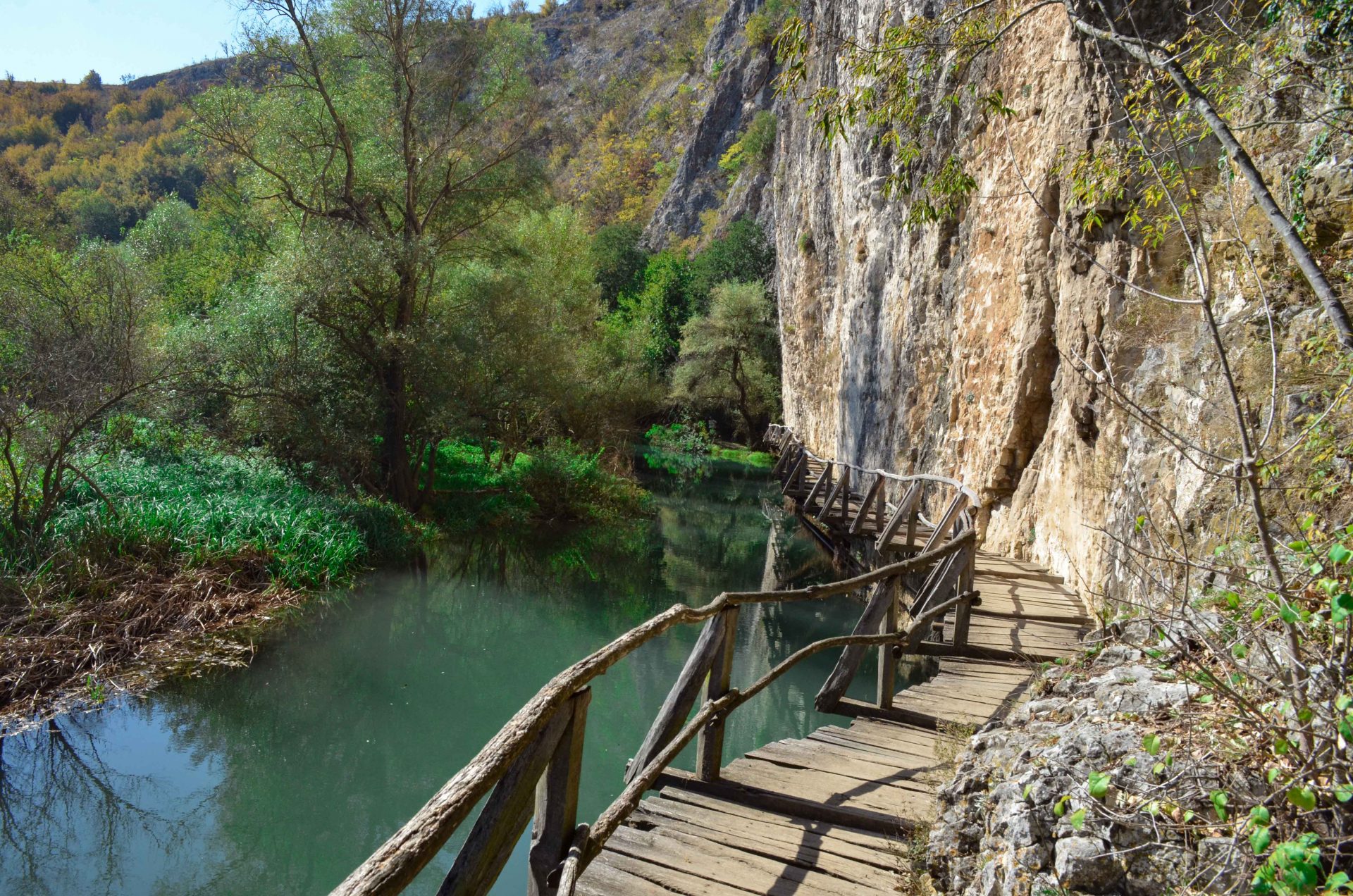 Geopark Iskar-Panega is one of the most popular eco-paths among foreign tourists. It is situated in the Bulgarian Northwest and is easily accessible.

The fans of wild nature  highly appreciate the  hidden potential of Yablanitsa, Cherven Bryag and Lukovit municipalities. The multiple karst formations in this region, including the meanders of Zlatna Panega River, are a perfect destination for eco tourism and photo tours. The northwestern part of Bulgaria was until recently terra incognita for tourism. However the number of visitors who go there to enjoy a real tourist adventure has been constantly growing. This Heaven on Earth  is located on the North slope of Stara planina Mountain  100 km. from Sofia. 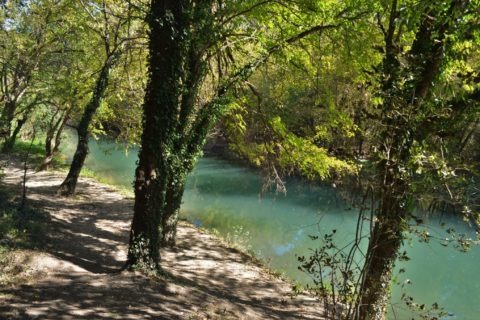 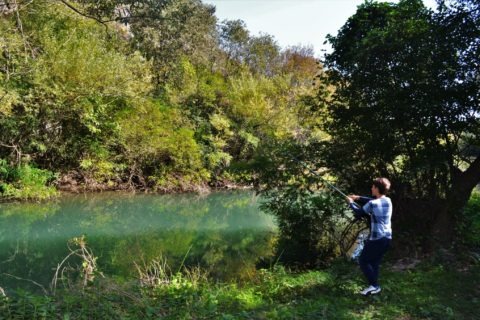 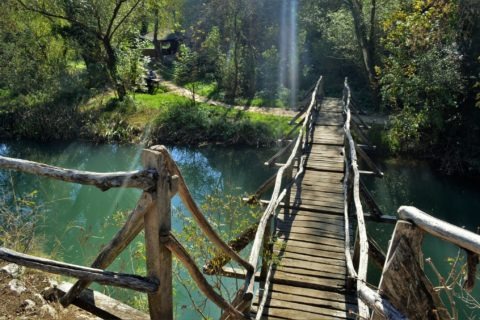 An incredible abundance of caves and other karst formations in this region are at the root of the eco routes launched by locals. Tourists who go there find themselves into a fairytale world of rocky arches and stone heaps overhanging Zlatna Panega, Iskar and Vit rivers. 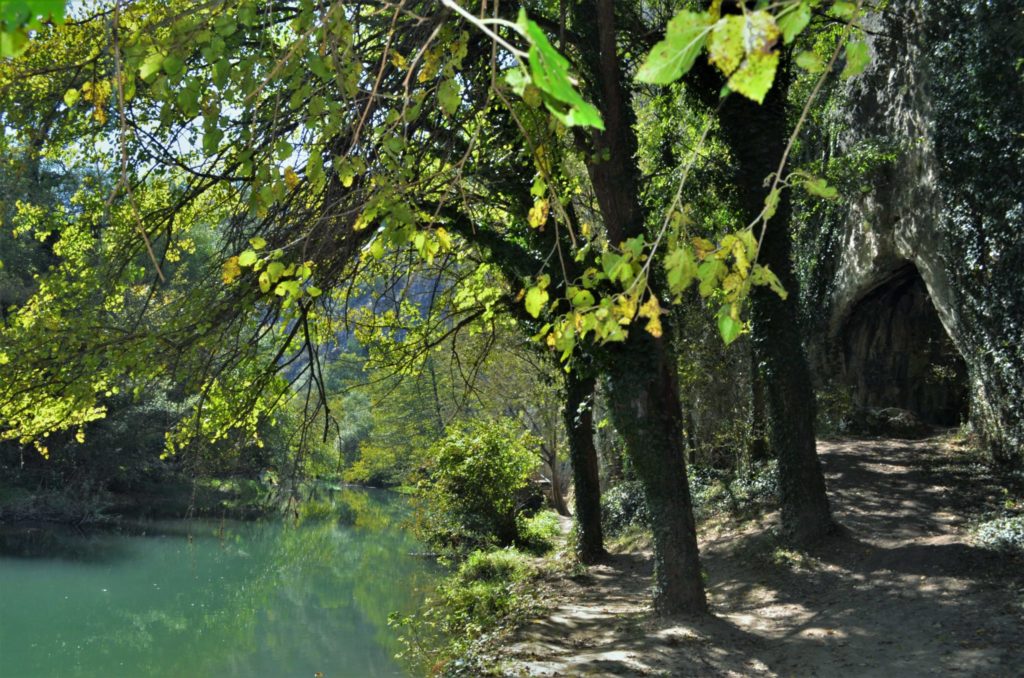 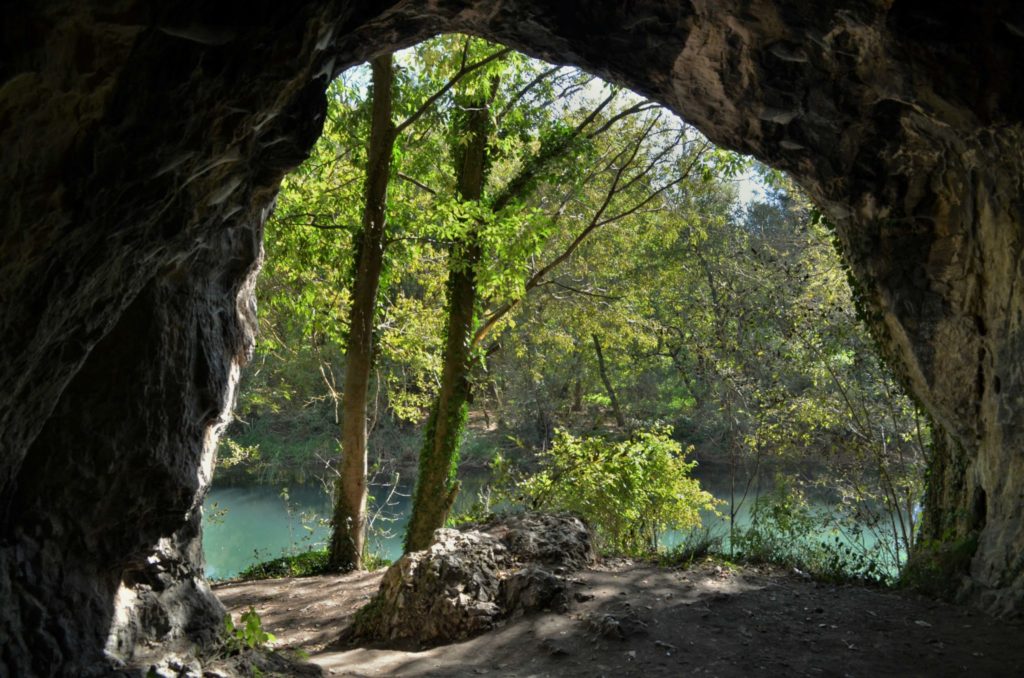 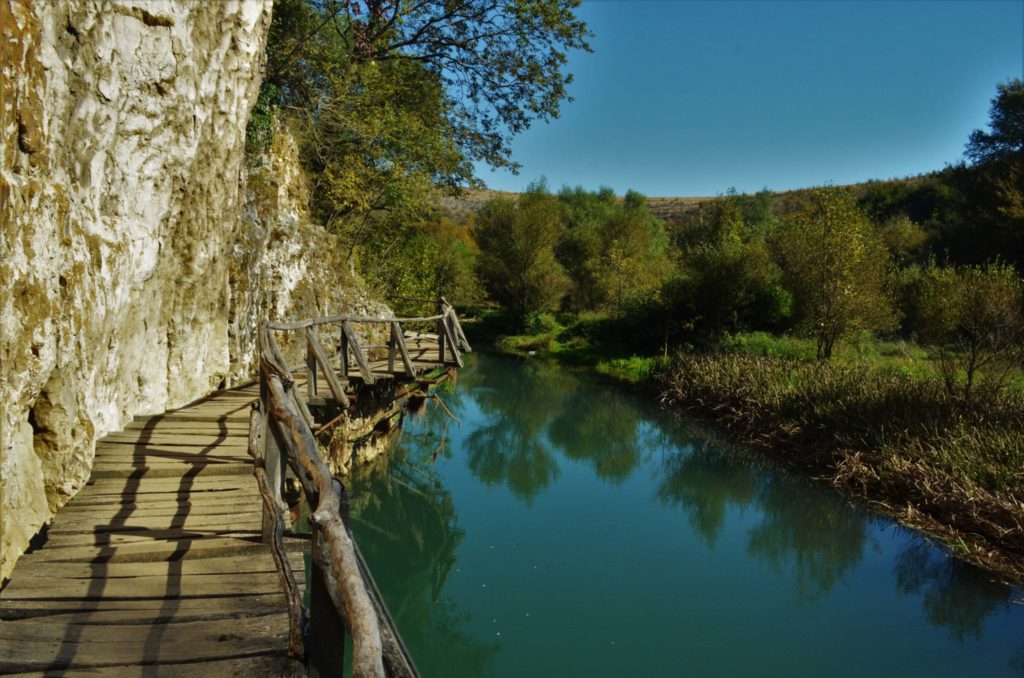 This amazing part of the Bulgarian nature was inhabited since the dawn of mankind. This is proved by a series of traces of ancient settlements, Thracian sanctuaries, antique necropolises, etc.  Iskar-Panega Geological Park contains incredible 100-120 million years-old geological formations. The park is situated near the town of Lukovit. You can find a multitude of rocky formations here. Among them is  the karst plateau near the village of Karlukovo. It is  one of  the most picturesque spots in this region.

Tere are more than 700 caves in this area. The most popular one is Prohodna Cave, or The Eyes of God. It is situated near the village of Karlukovo and was the venue of a series of film shootings. It is a natural rocky bridge 262 m long and has 2 entrances. This is one of the most beautiful Bulgarian caves. It has  two natural openings on its ceiling – the so called “okna” /”windows”/. People are amazed, because if you look up, they are like a human face, observing you. And when it rains tears drop from those gigantic eyes. 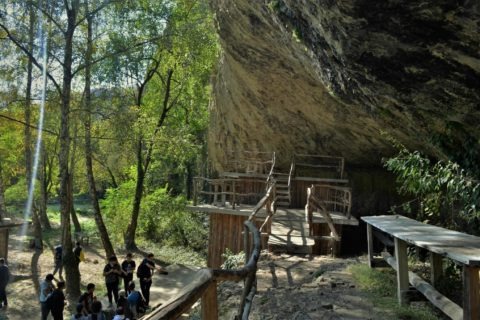 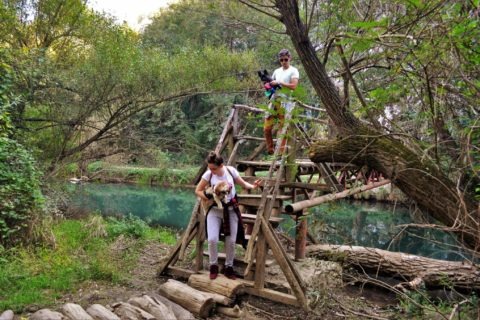 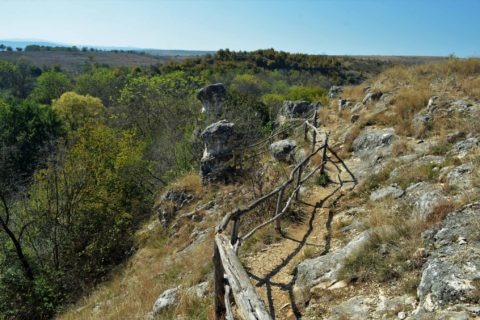 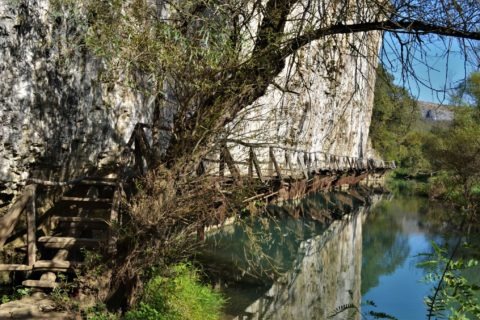 Temnata Dupka (The Dark Hole), Svirchovitsa and Saeva Dupka are also among the most popular caves in this part of Bulgaria. One of the most beautiful natural formations is Skalnite Mostove (Rock bridges) natural phenomenon which hangs over the Vit River. In fact, nearly two-thirds of this  territory is part of the Natura 2000 environmental network. The region is rich in virgin spots with exceptional bio diversity. Giant breathtaking stone figures peek  behind each river meander.

You will find a series of eco pathways with summer houses, bridges and wooden handrails in the region.  At night solar panels illuminate these eco paths . The most popular eco path in the area is the Geopark Iskar-Panega eco-path . It is 12 km long and starts from the town of Lukovit . The trail  reaches Karlukovo and offers amazing views over the meanders of the Zlatna Panega river with its wooden bridges and platforms. Nearly 130 species of birds nest in this wildlife oasis, 25 of which are part of the Red Data Book of Bulgaria. 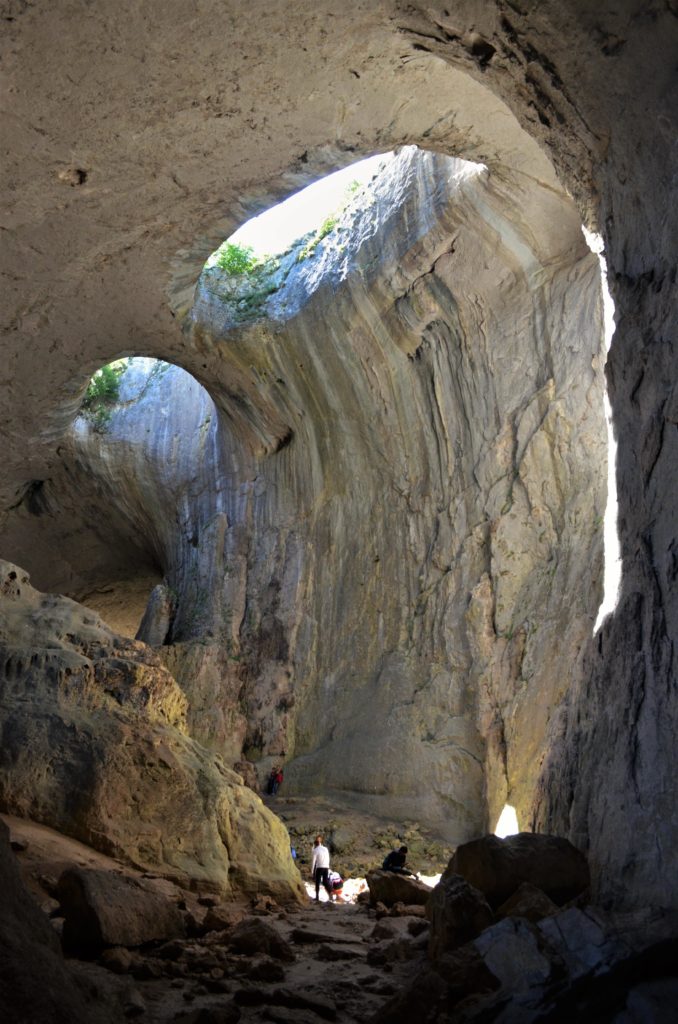 The vegetation along the valley is lush – you feel almost like you’re in a jungle. But what I find amazing  is the milky blue color of the river . It is due to the high concentration of calcium carbonate in its waters. 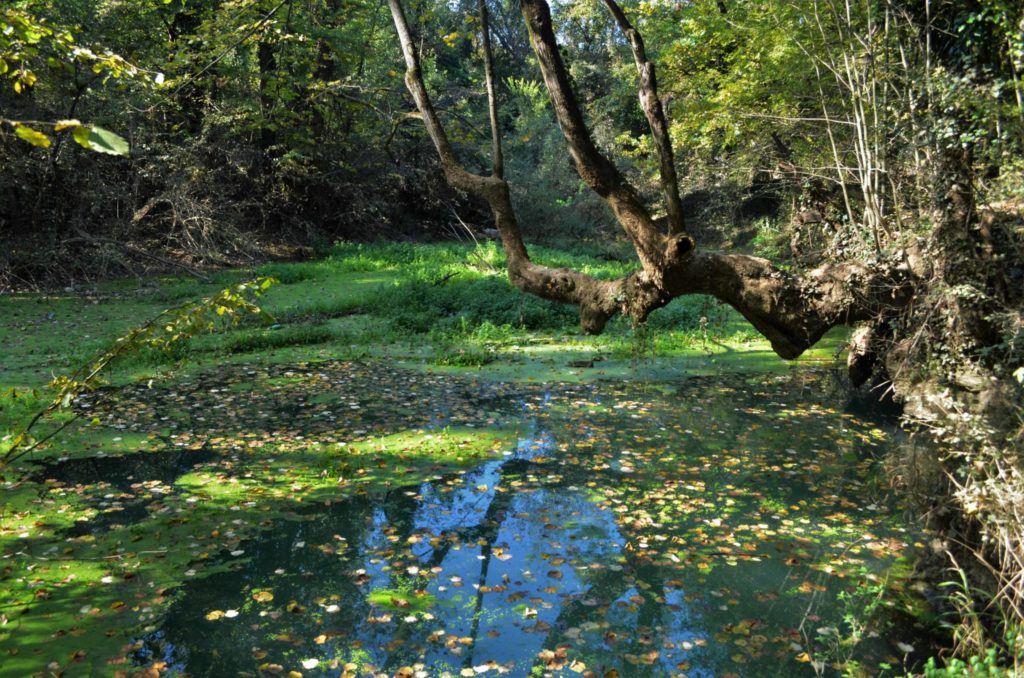 Several new guest houses already opened doors for visitors. In these small and cozy places people can feel the authentic atmosphere of the traditional Bulgarian home. Many tourists started to visit the city of Lukovit and nearby eco paths  recently.