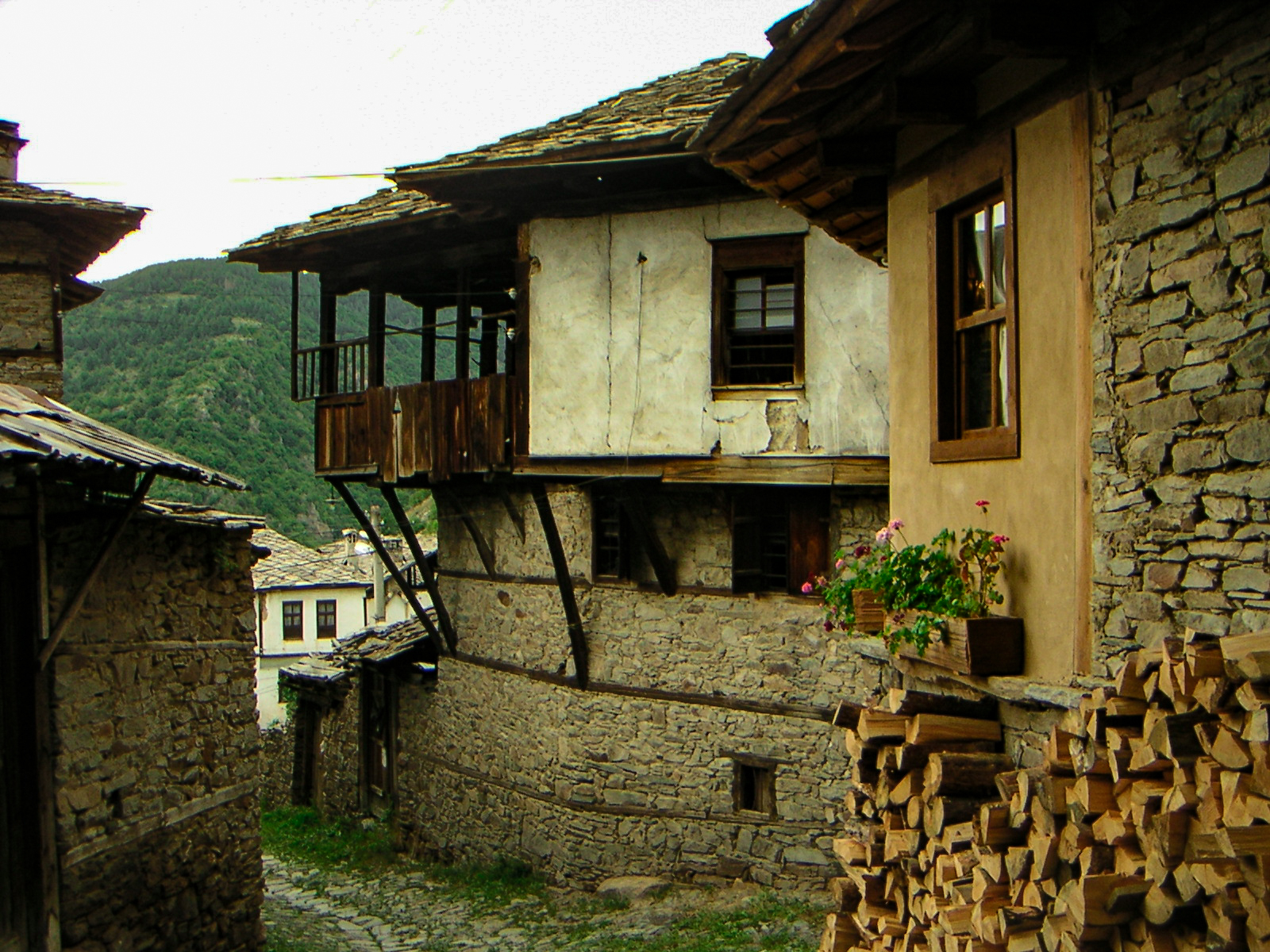 Believe it or not, places such as this still exist in the 21st century. Kovachevitsa looks like the set for a costume drama. Some even call it the Bulgarian Hollywood – some of the most popular Bulgarian movies are set against the background of its ancient stone houses. But you have to come to really feel the magic of the place. Time in the village seems to have slowed down, and if you decide to take a stroll you will find you have suddenly been transported back in time. And neither the streams of tourists nor the ambitions of the local businessmen can change this. Kovachevitsa is a tale frozen in time, a tale you will never grow weary of. 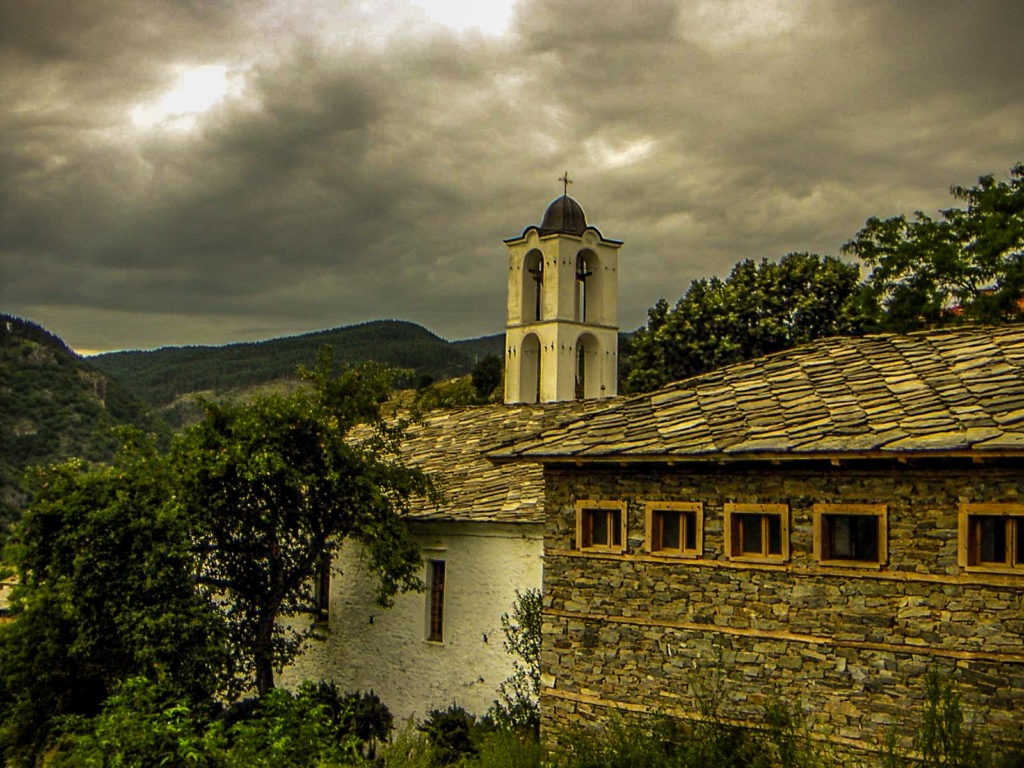 Bulgarian film directors, public figures and other famous names have bought houses here that are 100-200 years old, making the village an artistic venue for a select few who appreciate this kind of life. Nowadays having a house in Kovachevitsa is a matter of prestige. As is talking about how you have renovated it, how you can roast a whole lamb in the open hearth and how many quiet evenings you have spent in front of it with friends. Nevertheless, Kovachevitsa is not a snobbish place or at least not to the people who come here time and again, enchanted by its atmosphere, untouched by the passage of time. Even though some of the houses are now hotels, private villas, taverns or art galleries, it has lost nothing of its original style. 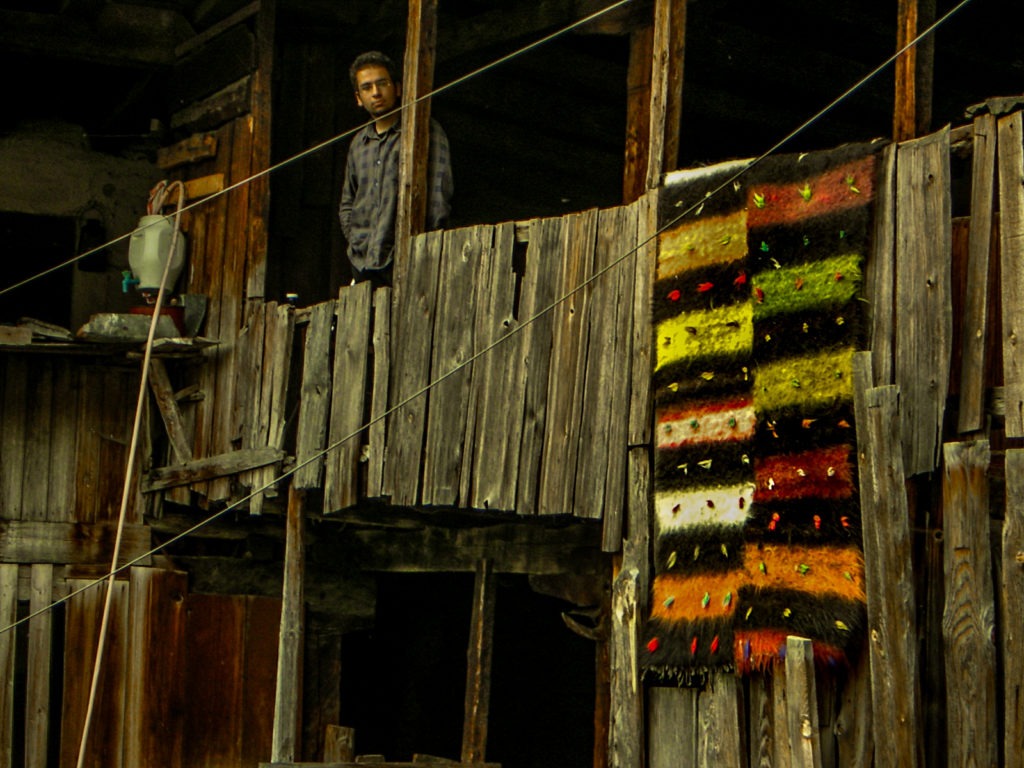 Kovachevitsa is believed to date back to the 15th century,

when this part of the Balkan Range was already under Ottoman rule. The locals insist the village was founded by Arnauts – Christian settlers from the lands of what is today Albania – heading for its lower portion, going to this day by the name of the Arnaut neighbourhood. Later, other settlers came to the village and it started to grow and prosper. However its latter-day style goes back to the 18th century.

That was a time when the local men were famed as talented builders. In the summer time they would go to earn money abroad – to France, Spain and Italy and in the winter they would be back home where they got down to work, never mind the blizzards and the freezing cold. And in the houses they built they would apply some of the novelties in European architecture and construction they had learnt. The sophisticated sewerage system was a veritable miracle. Vladimir Zhouglev, heir to one of the oldest families in the village says: 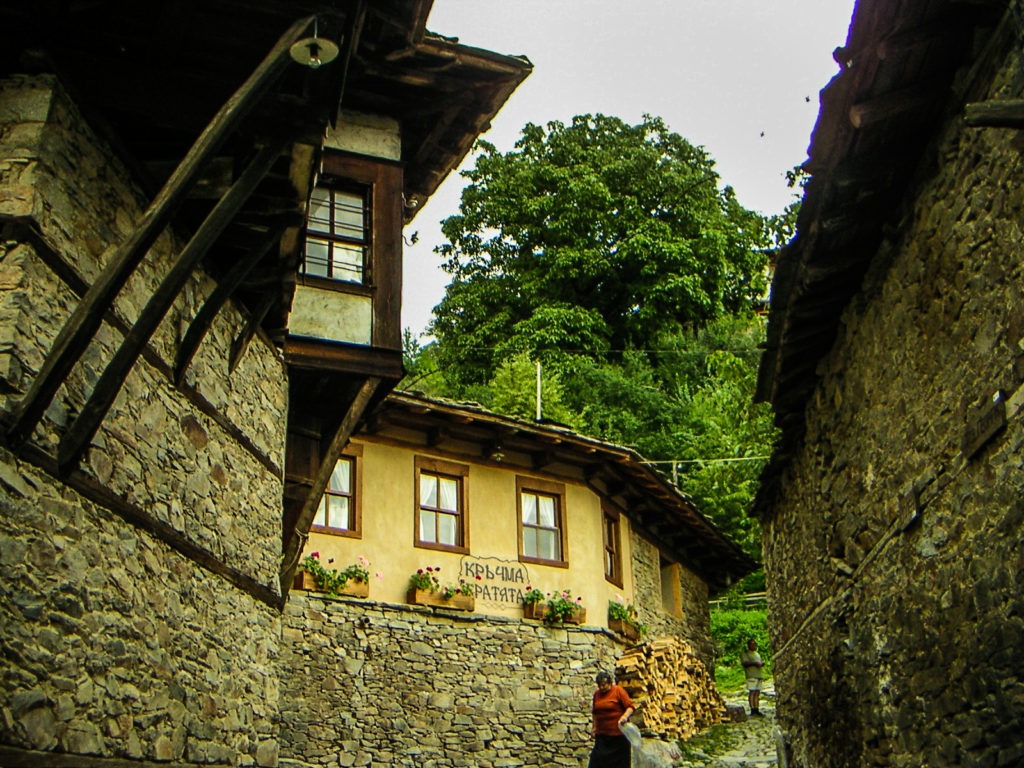 “These were people who brought back here the craft they had practiced abroad. That is why the construction of the infrastructure began as soon as the first house was up. So, all WCs are inside the houses which had three notable elements – a WC, a sink and an oven for baking bread. To this day the infrastructure, which is 500-years old, works without a hitch!” 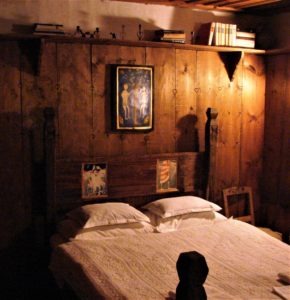 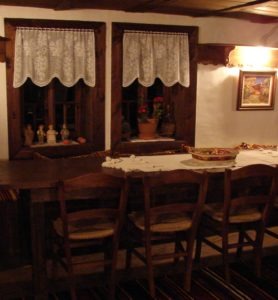 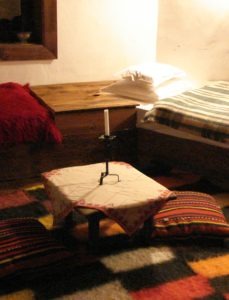 The houses are solid-built with several stories – a feature rarely found in Bulgarian National Revival time architecture. They are perched close to one another in an attempt to take up as little space as the sparse mountain terrain allows. Most of their verandahs open up to a stunning view of the Rhodope mountain. The air is crystal-clear and at night it seems you can reach out and touch the stars.

– you can rent a villa, put up at a guest house or at one of the family hotels. On the outside they are exactly the same as any other house here. But they offer all modern conveniences – wi-fi, satellite TV etc., though the furnishing is entirely in the original ancient style. The furniture is made of wood and owners use authentic fabrics and objects to add to the historical atmosphere. Kovachevitsa is also famed for its traditional Rhodope-style cooking. Hominy, pot beans, homemade sausages attract the tourists who come here from all corners of the world to the local taverns. While the surrounding countryside offers an abundance of natural and historical landmarks. Not to mention the beautiful landscapes and the mountain pathways that can take you to places untouched by human hands. 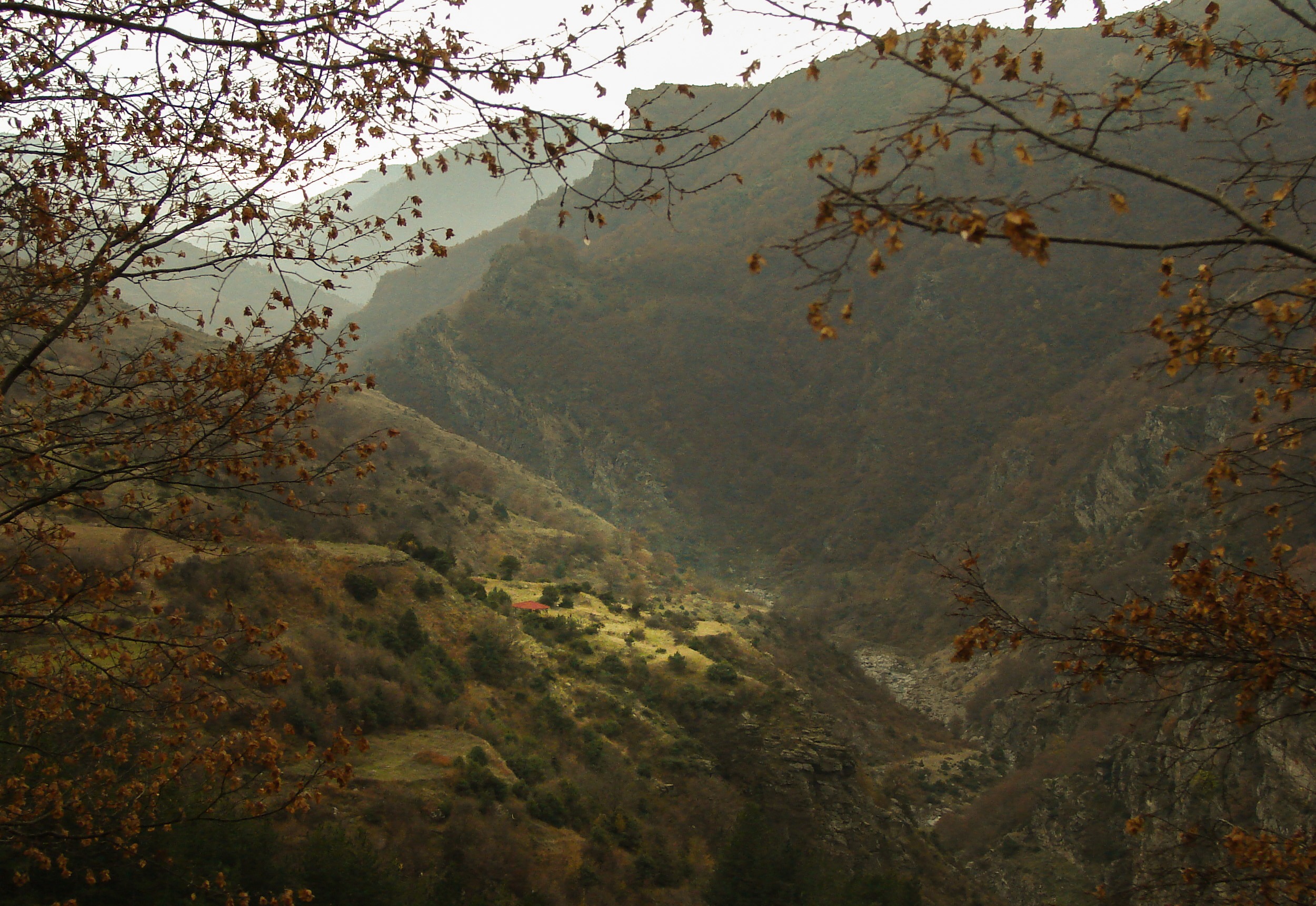 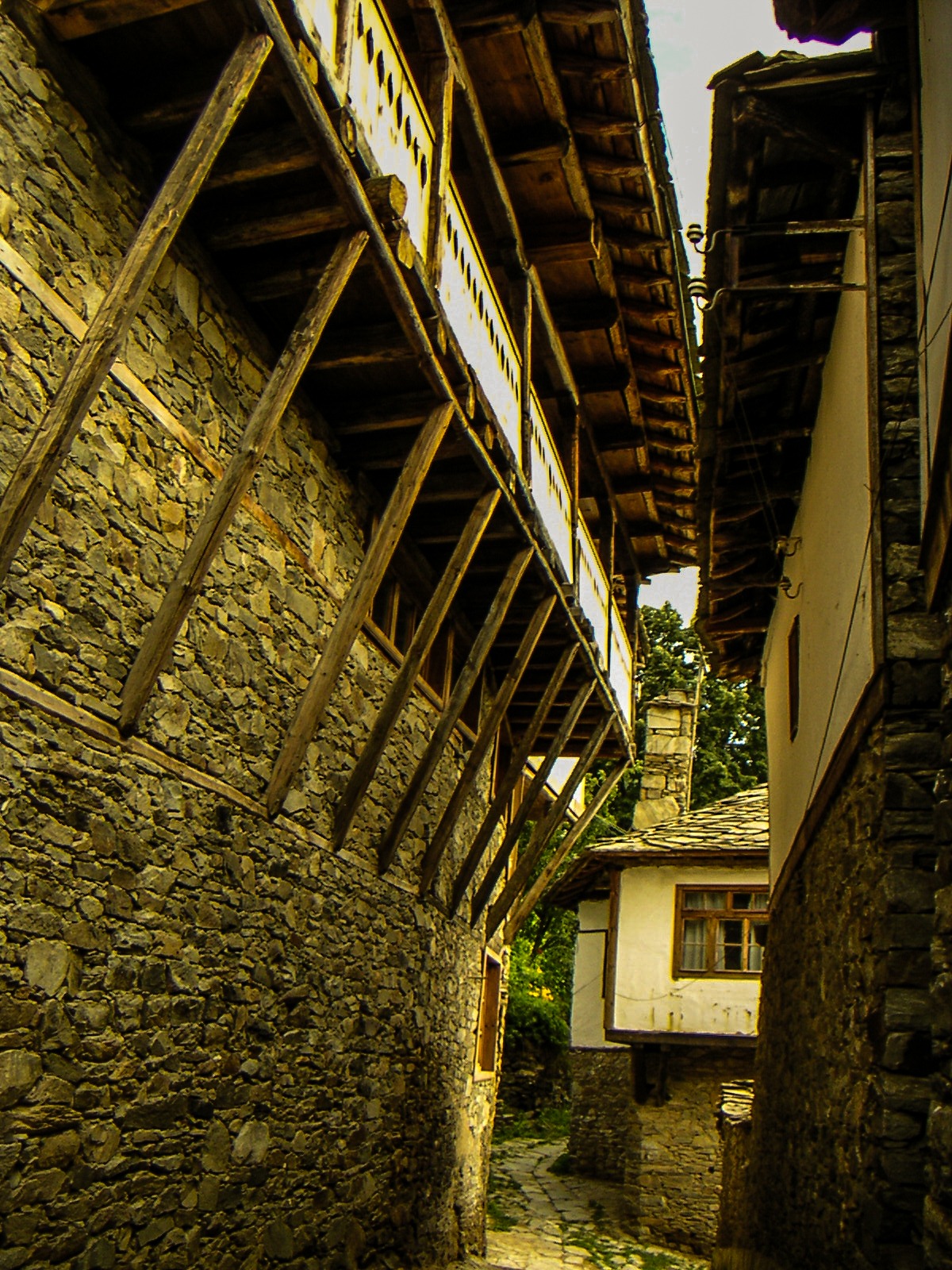 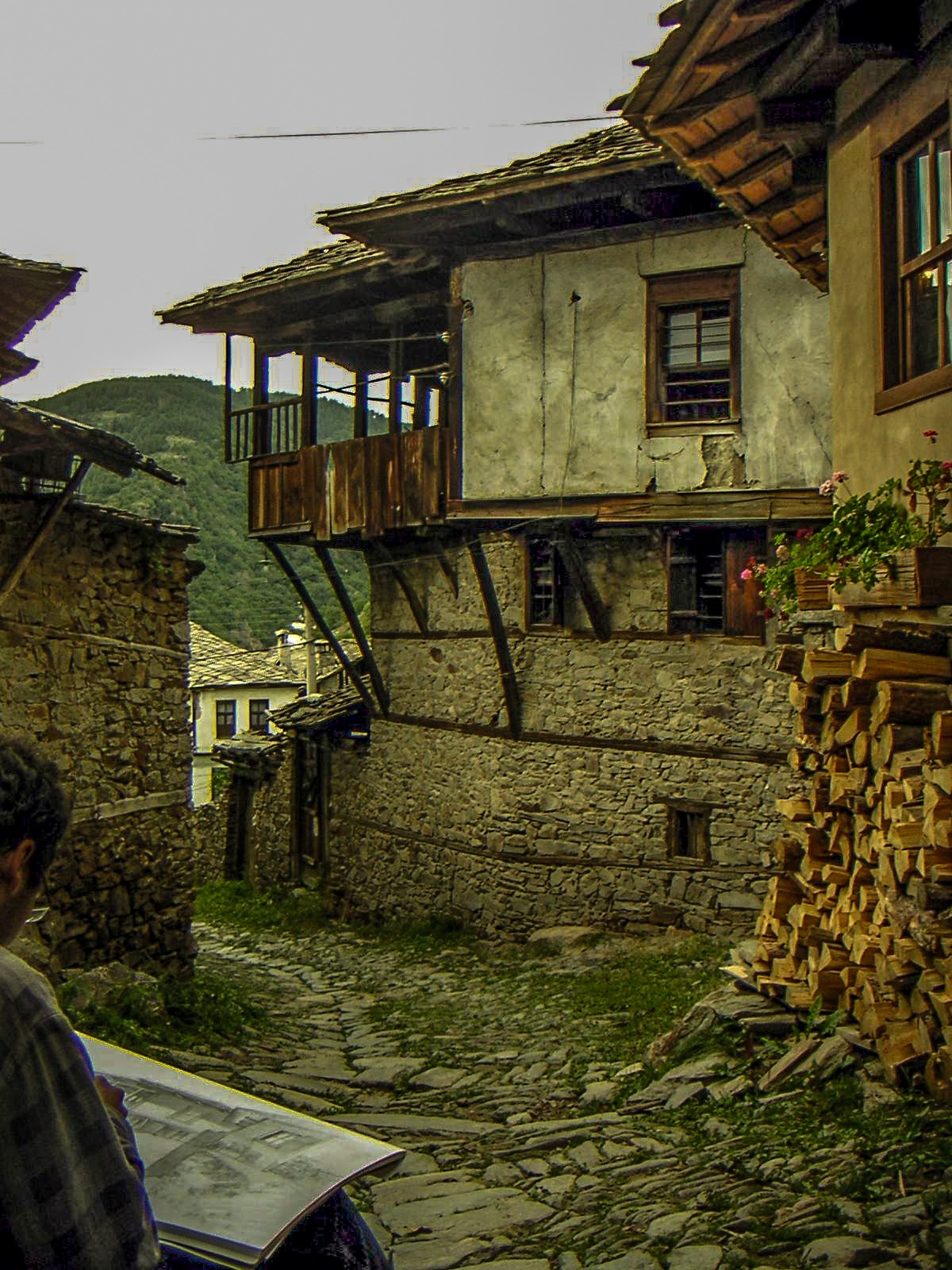 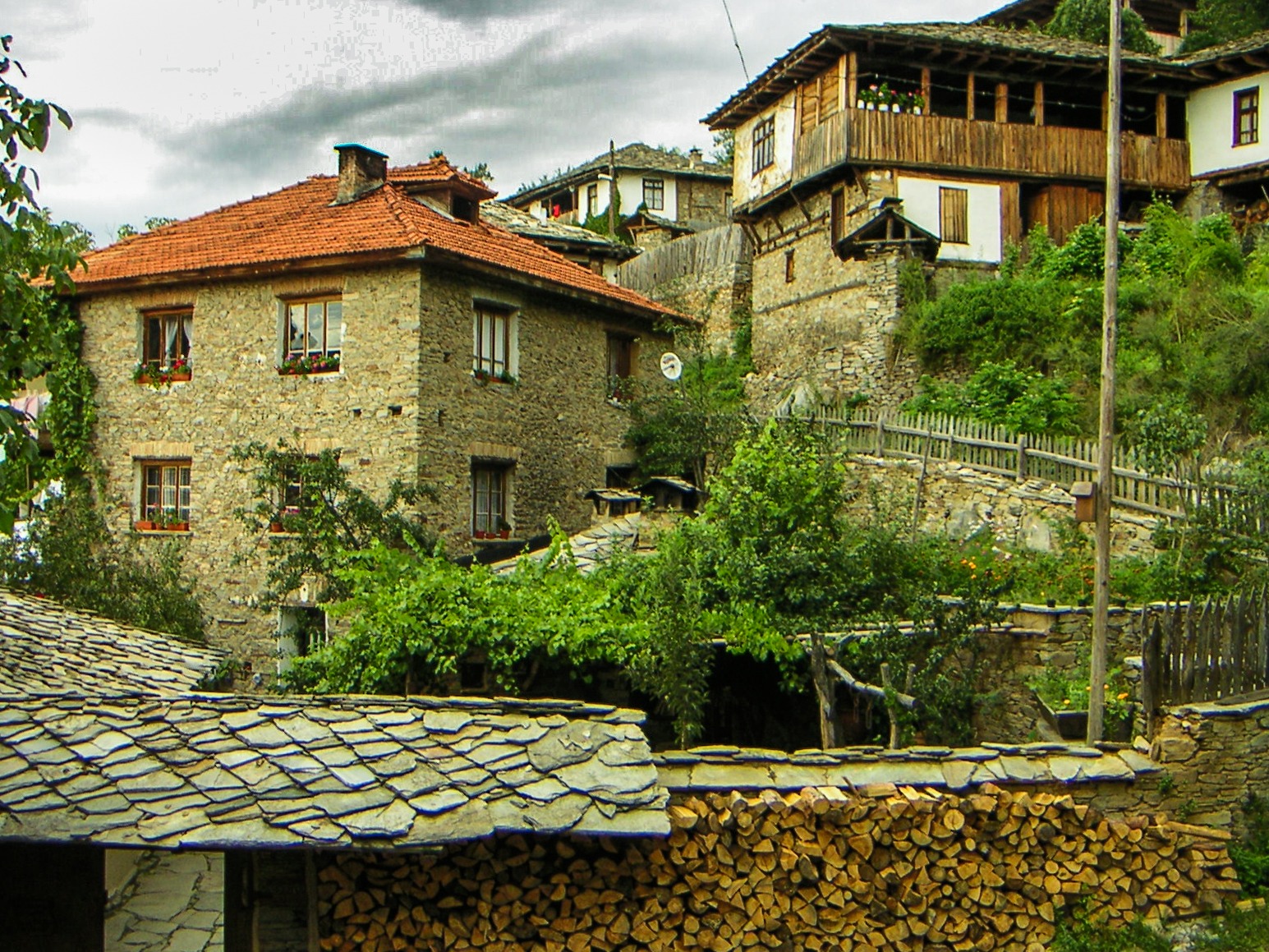 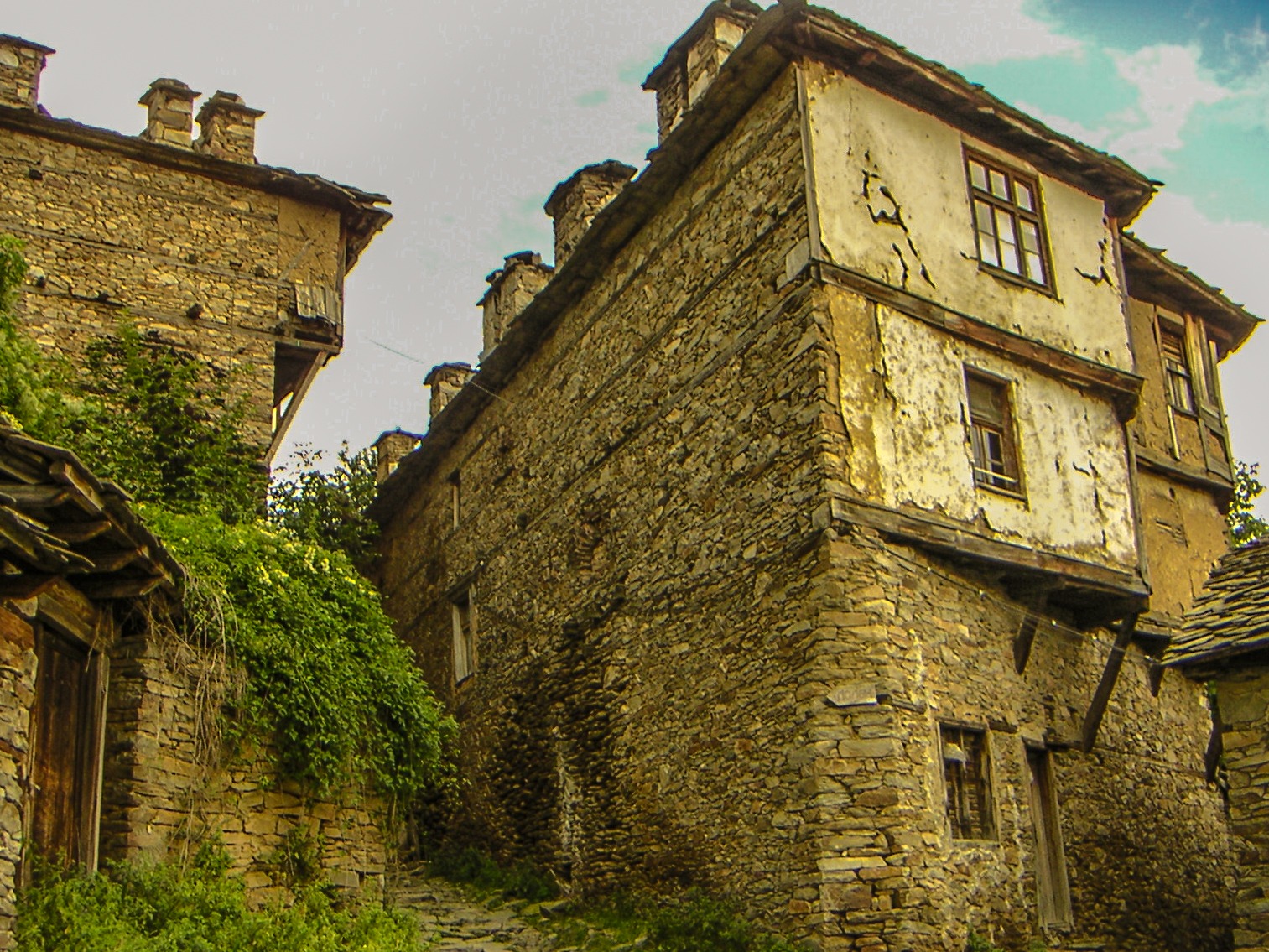 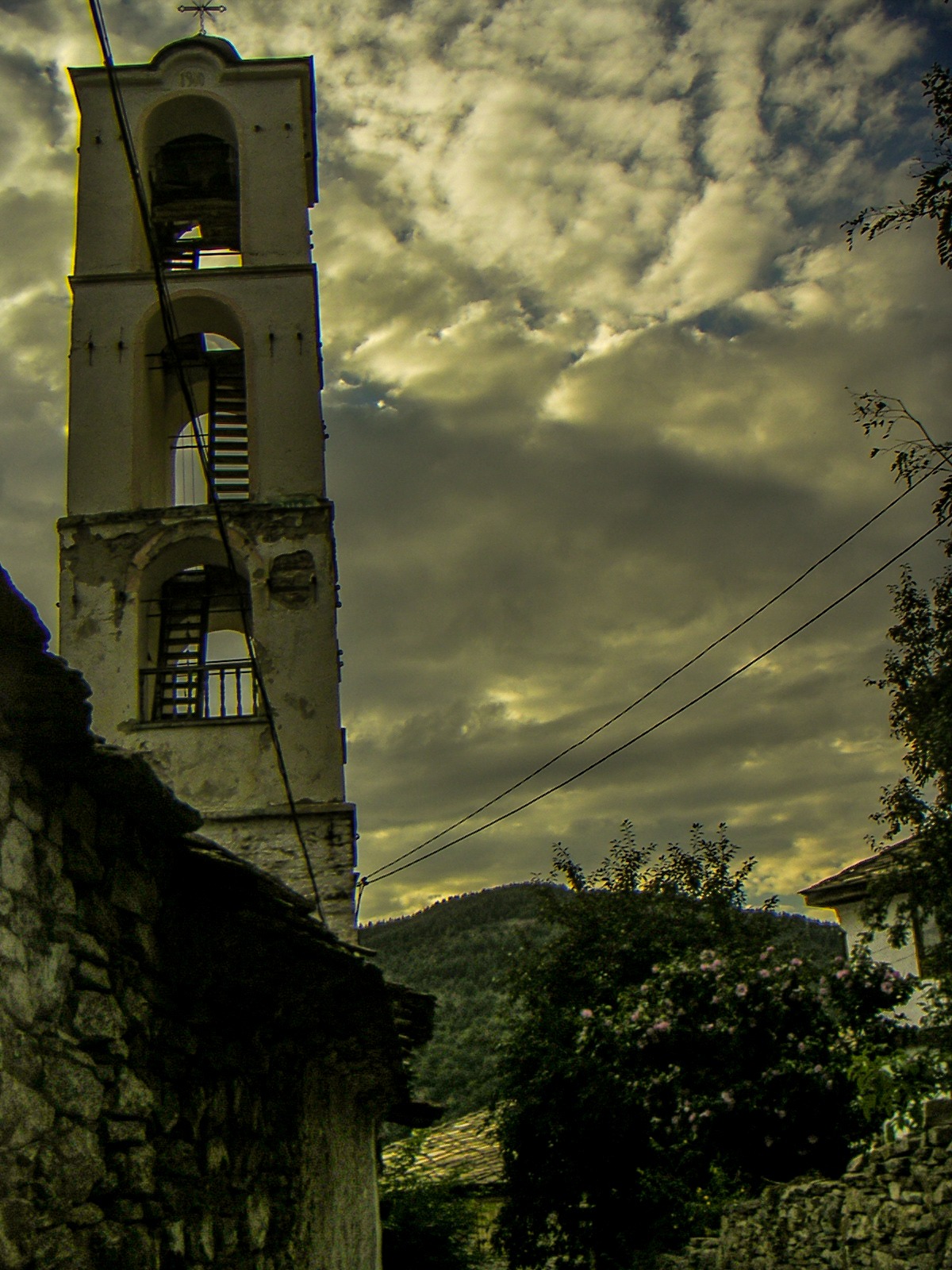 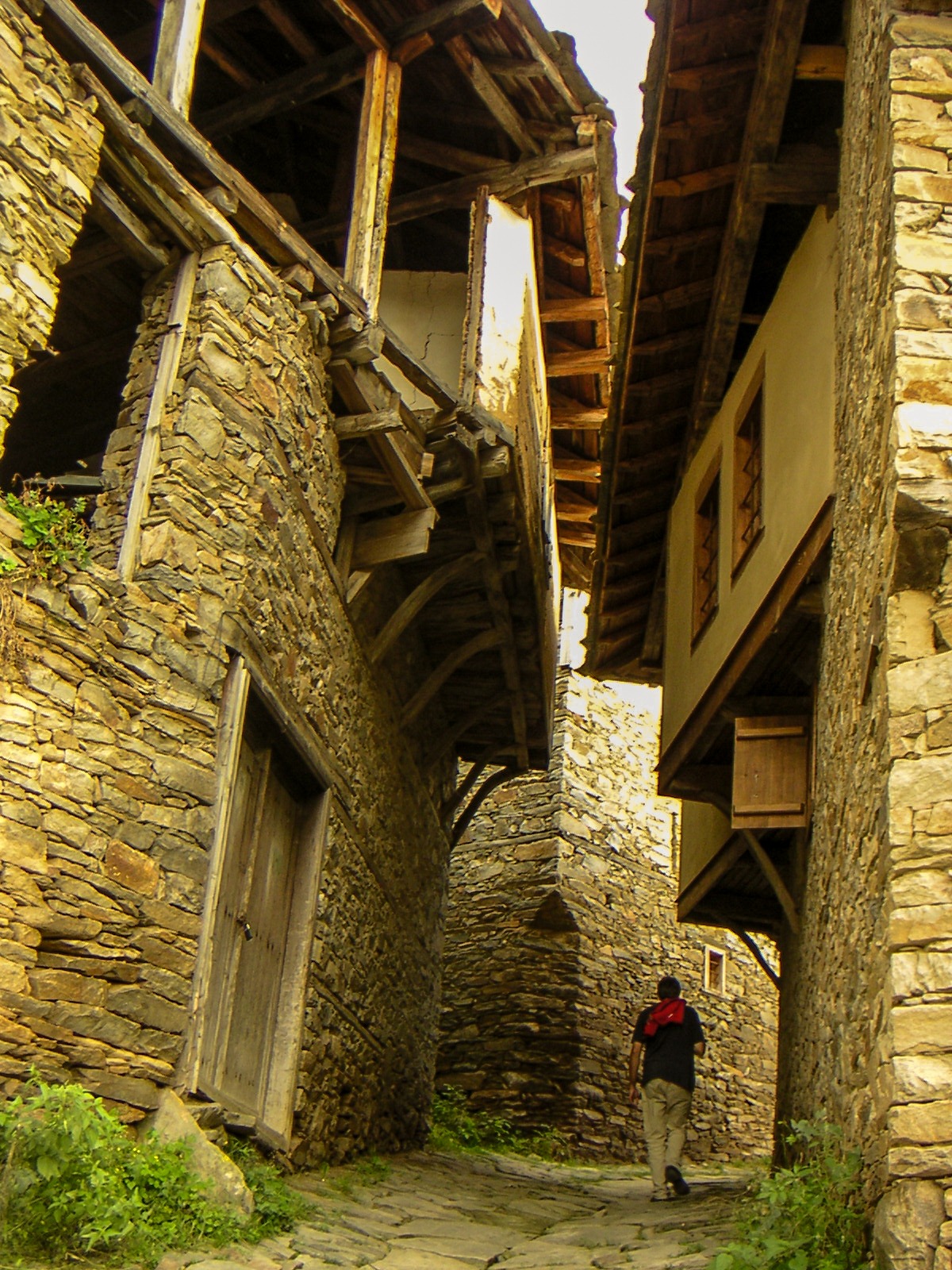 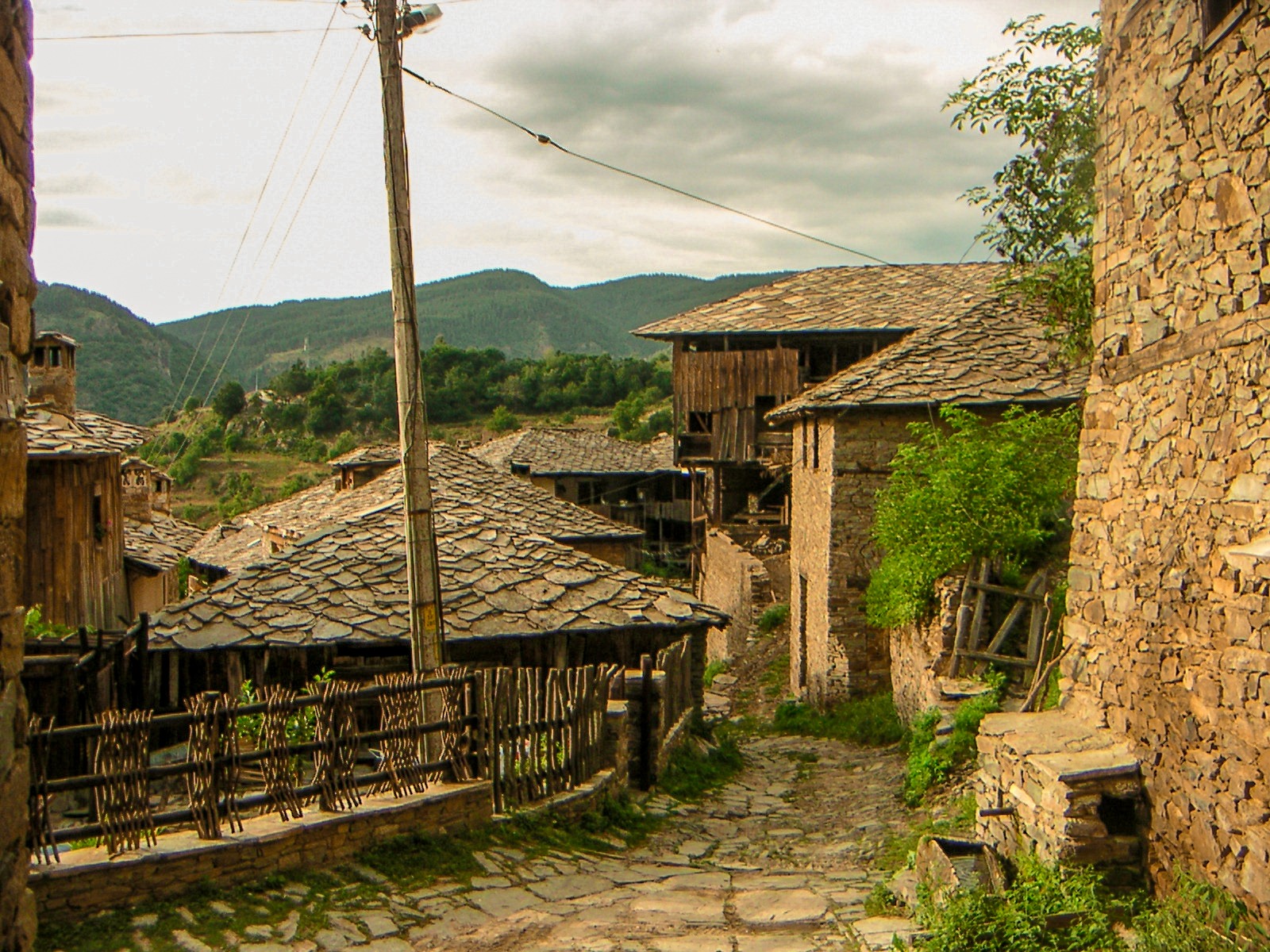 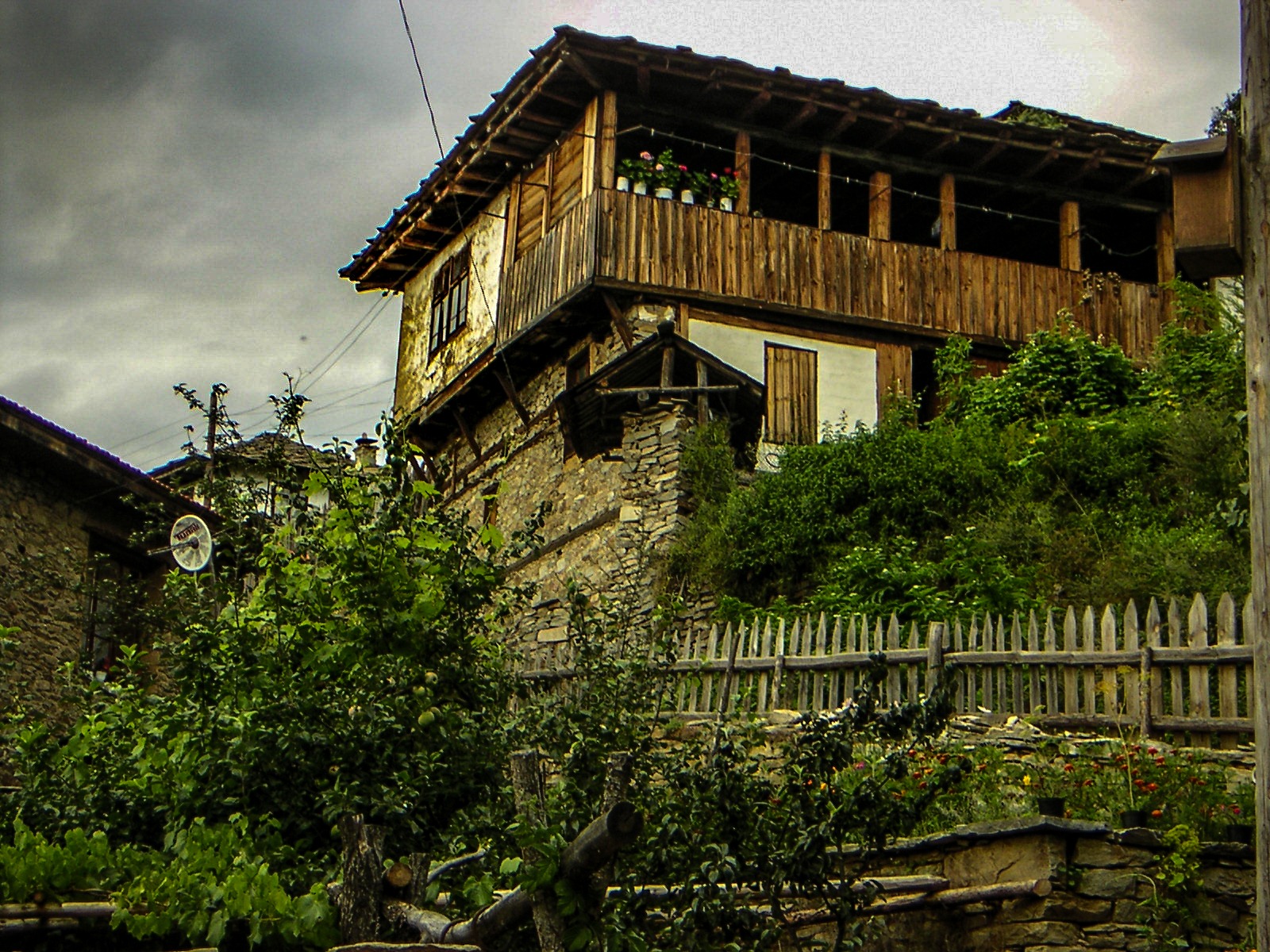 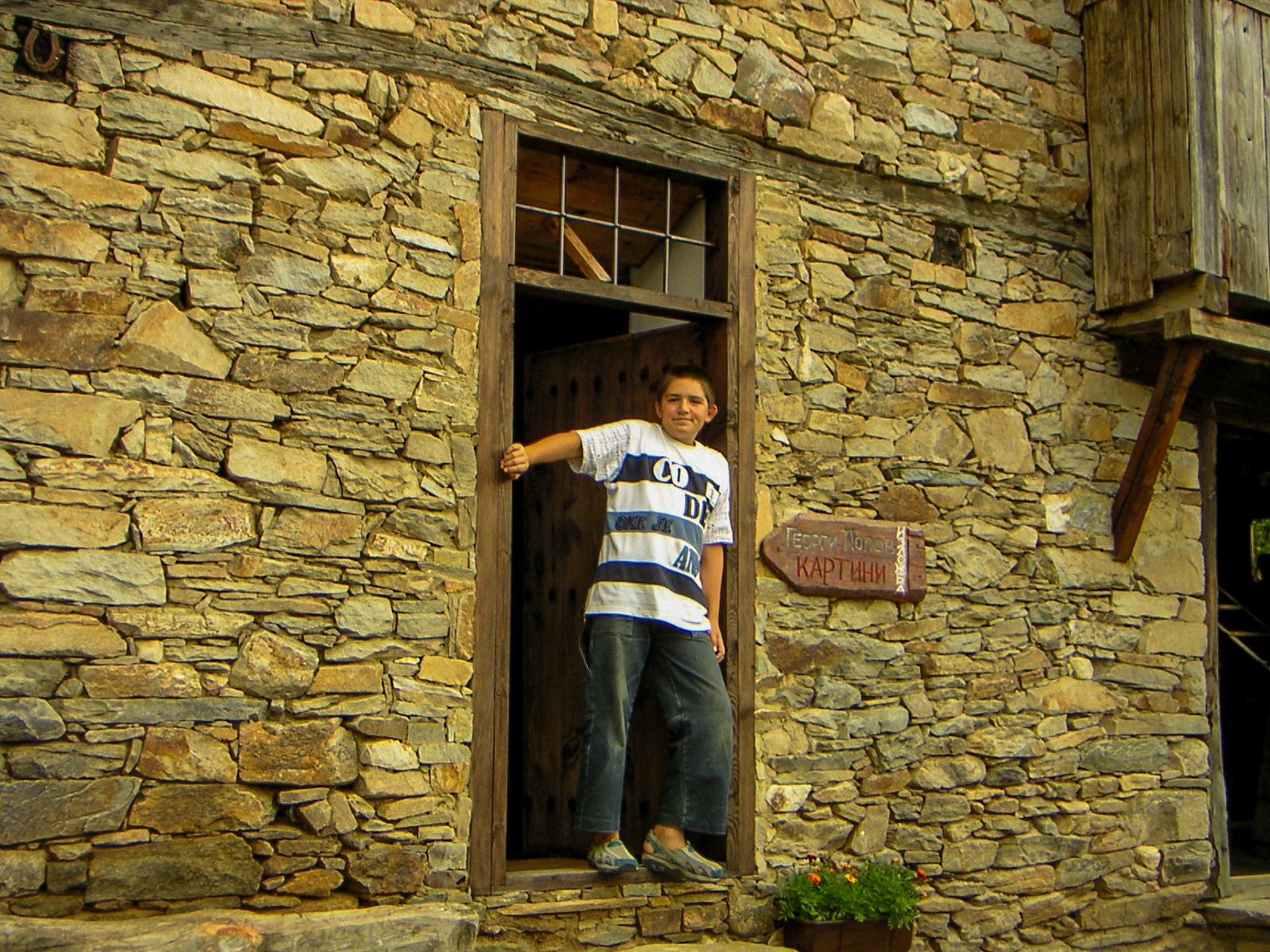 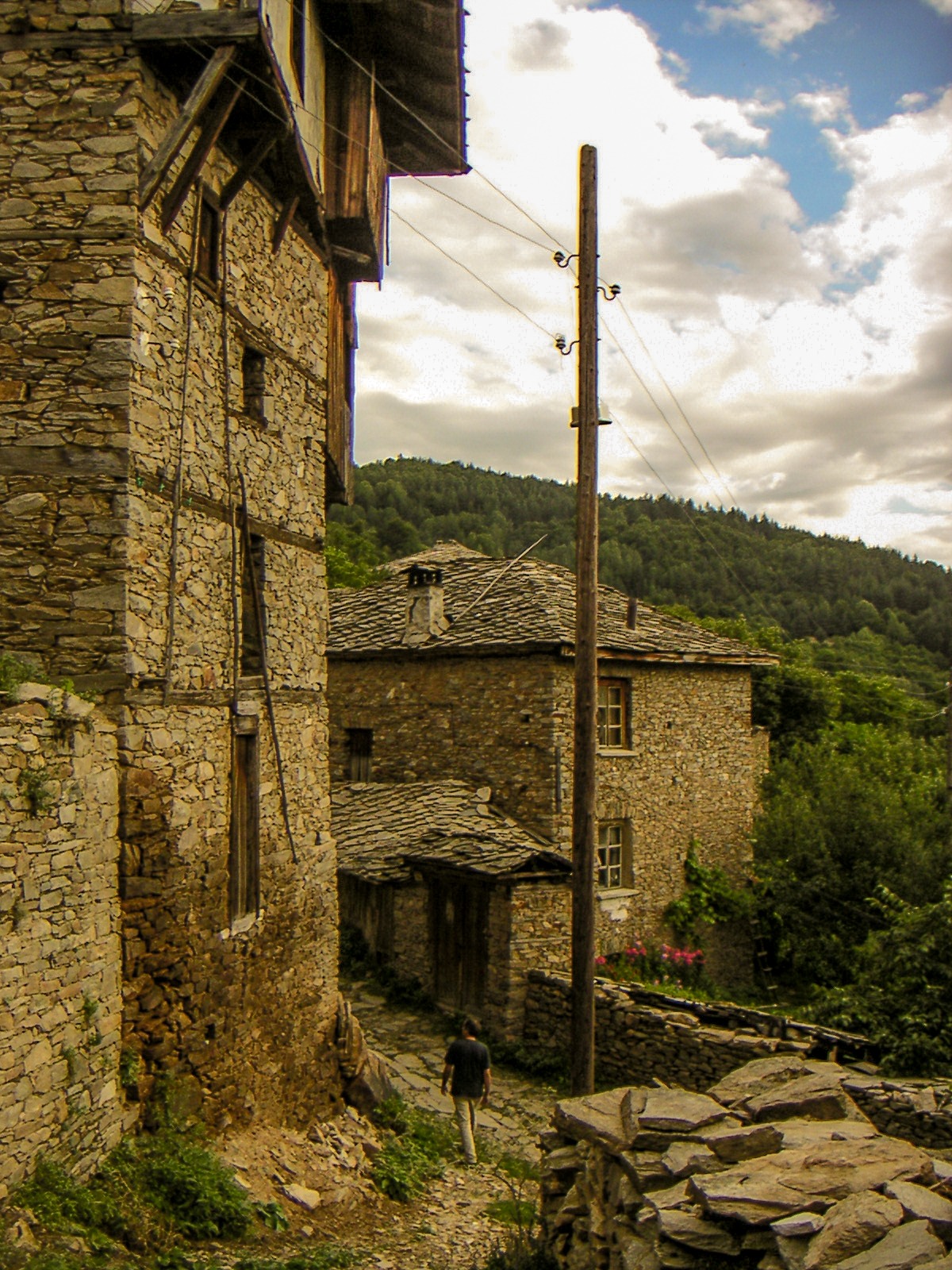 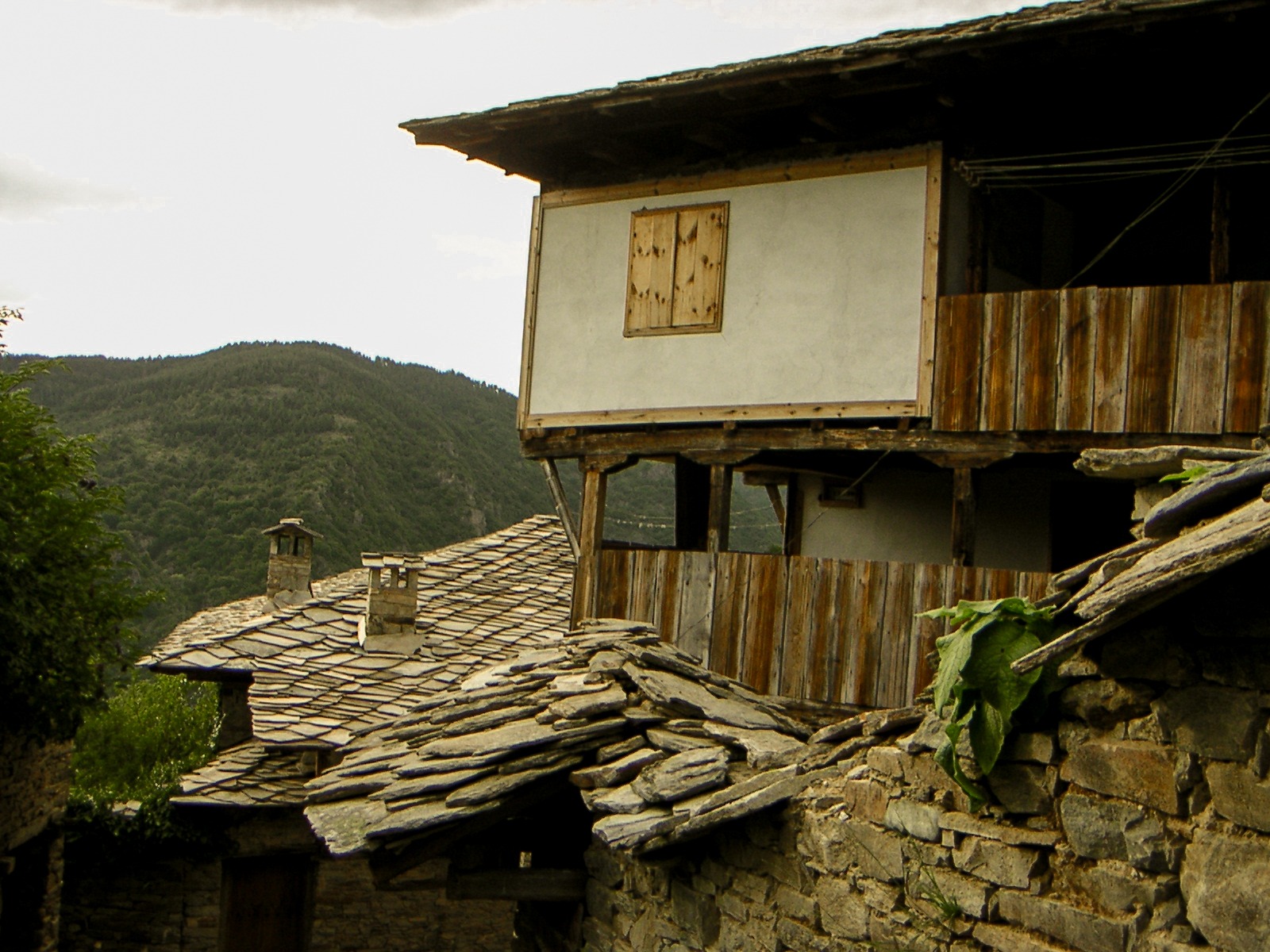 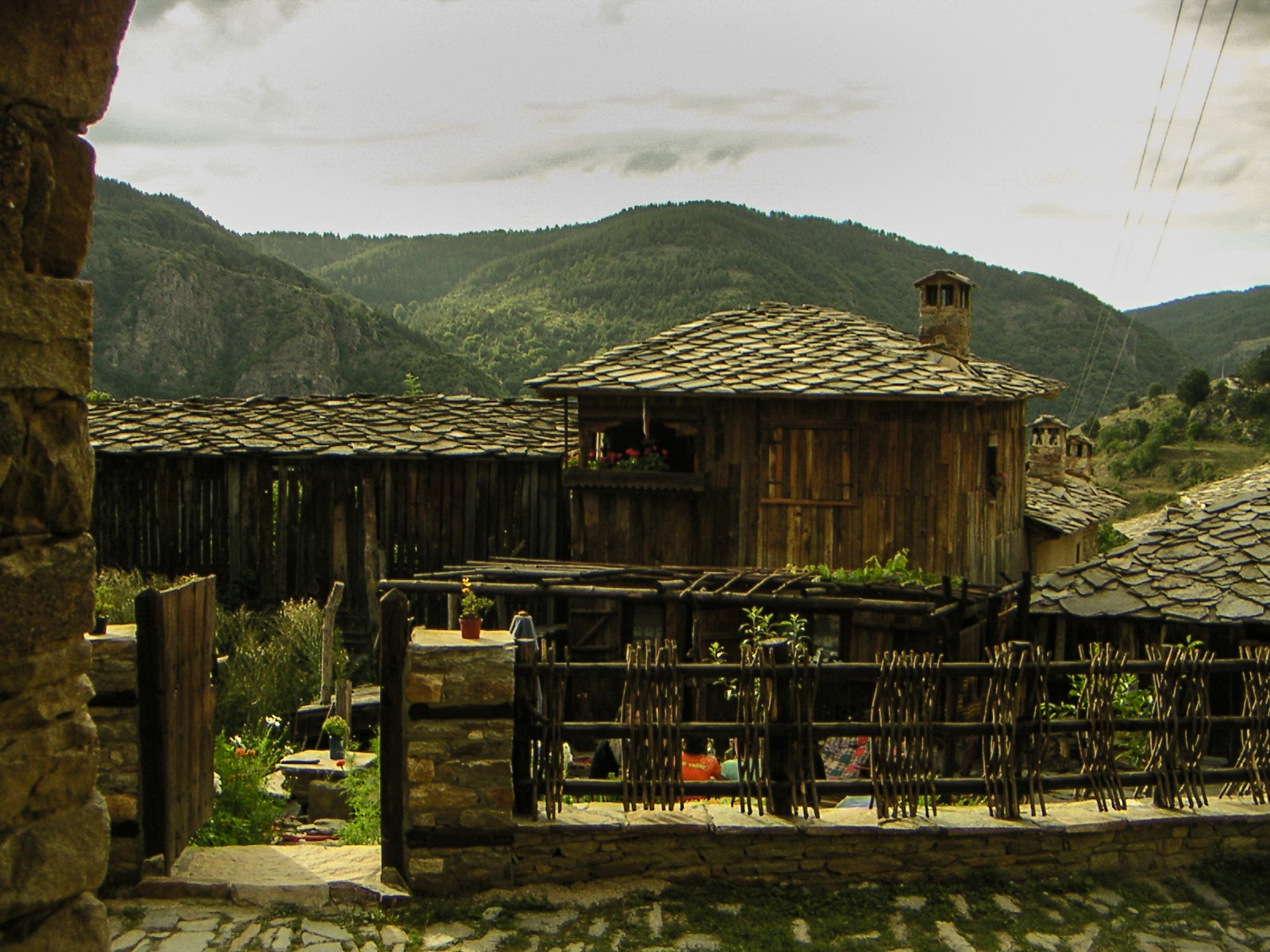 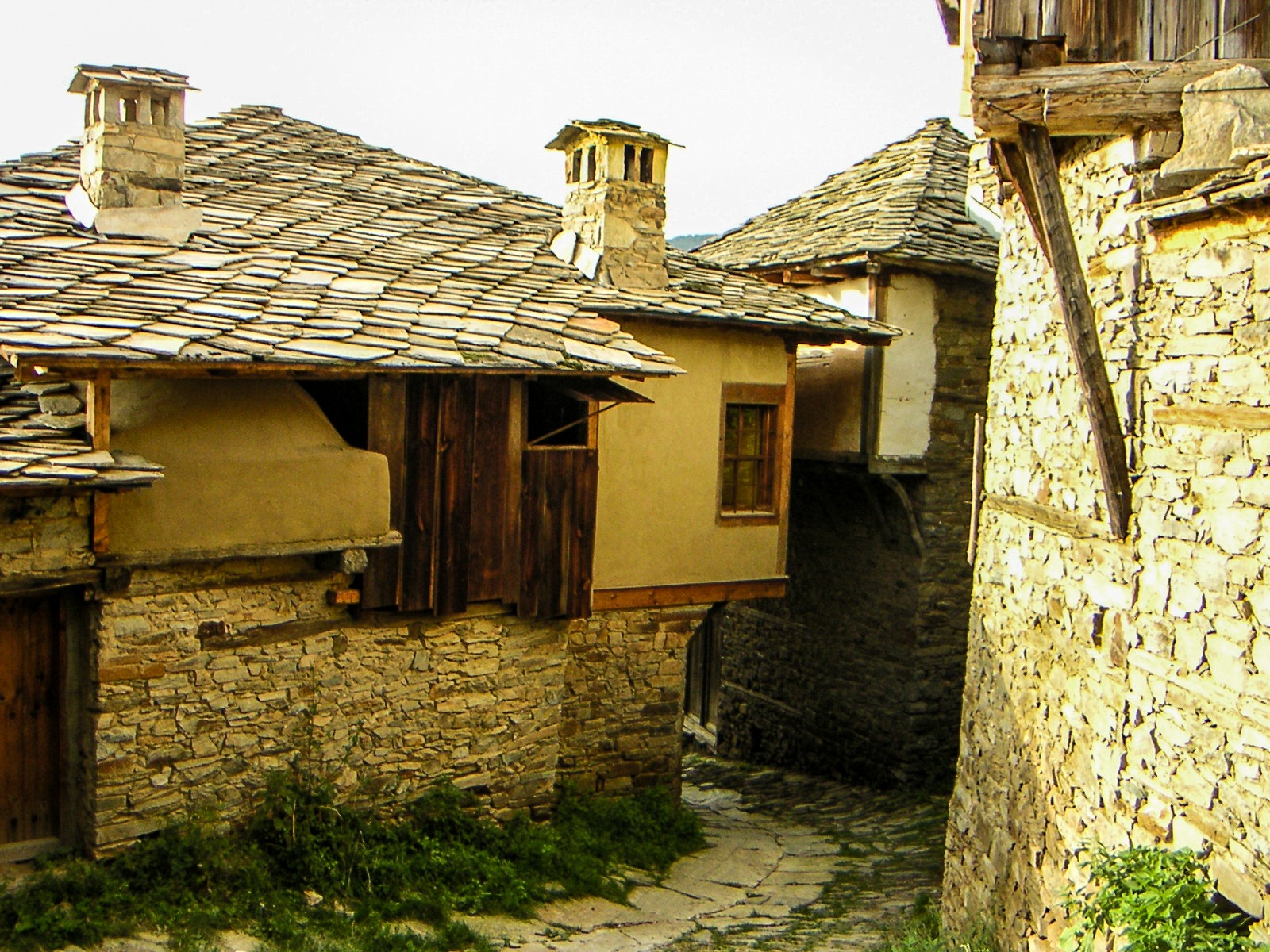 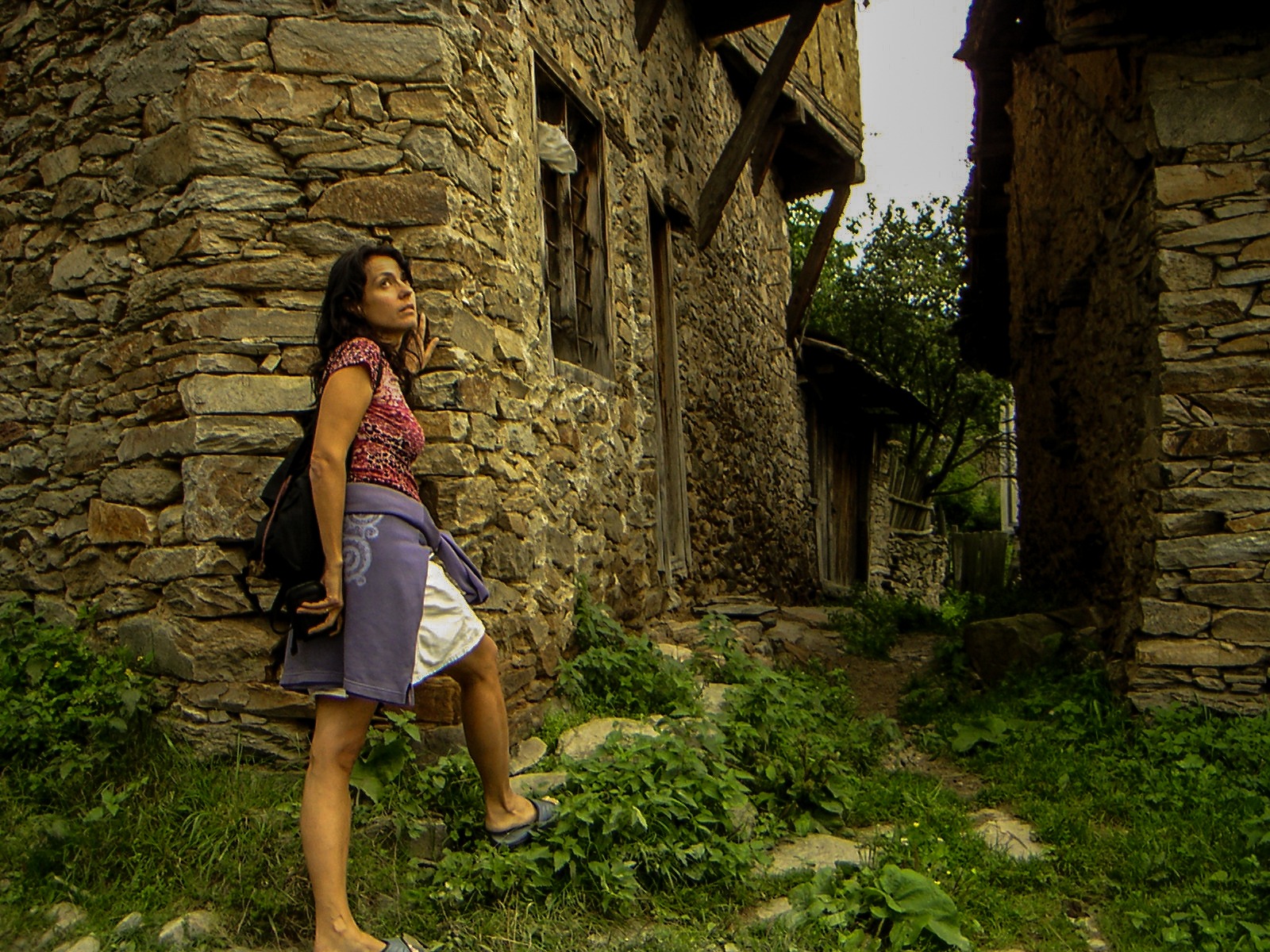