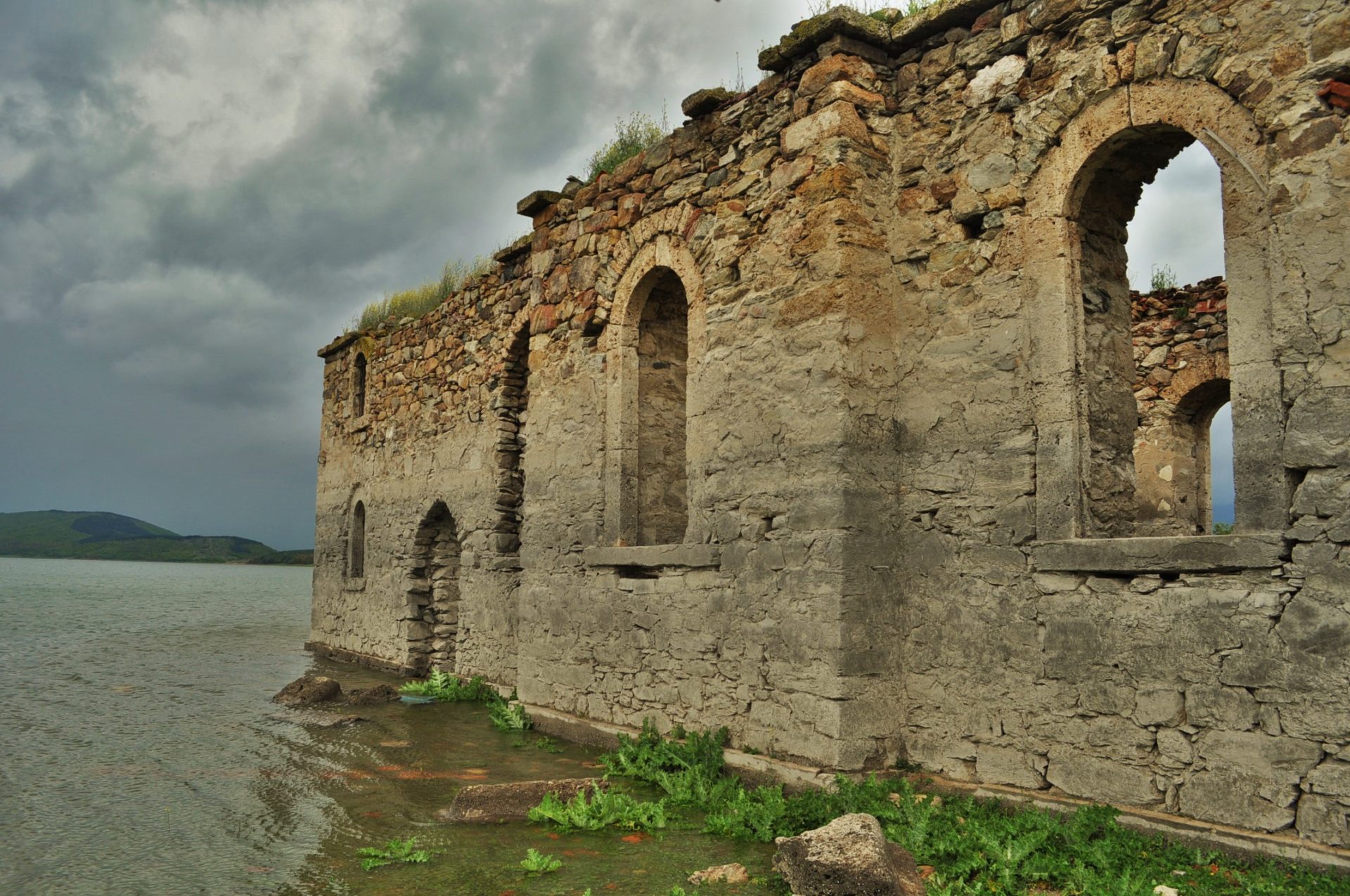 by Veneta Nikolova6 May, 201425 March, 2020
It has been there more than 100 years, its lonely remains rising above the clear waters of the dam. In winter, the wind and the blizzards lash out at the building, ice freezing its foundations. In summer, the blazing sun mercilessly beats down on its age-old walls, the tumbledown roof and the yawning windows and doors. 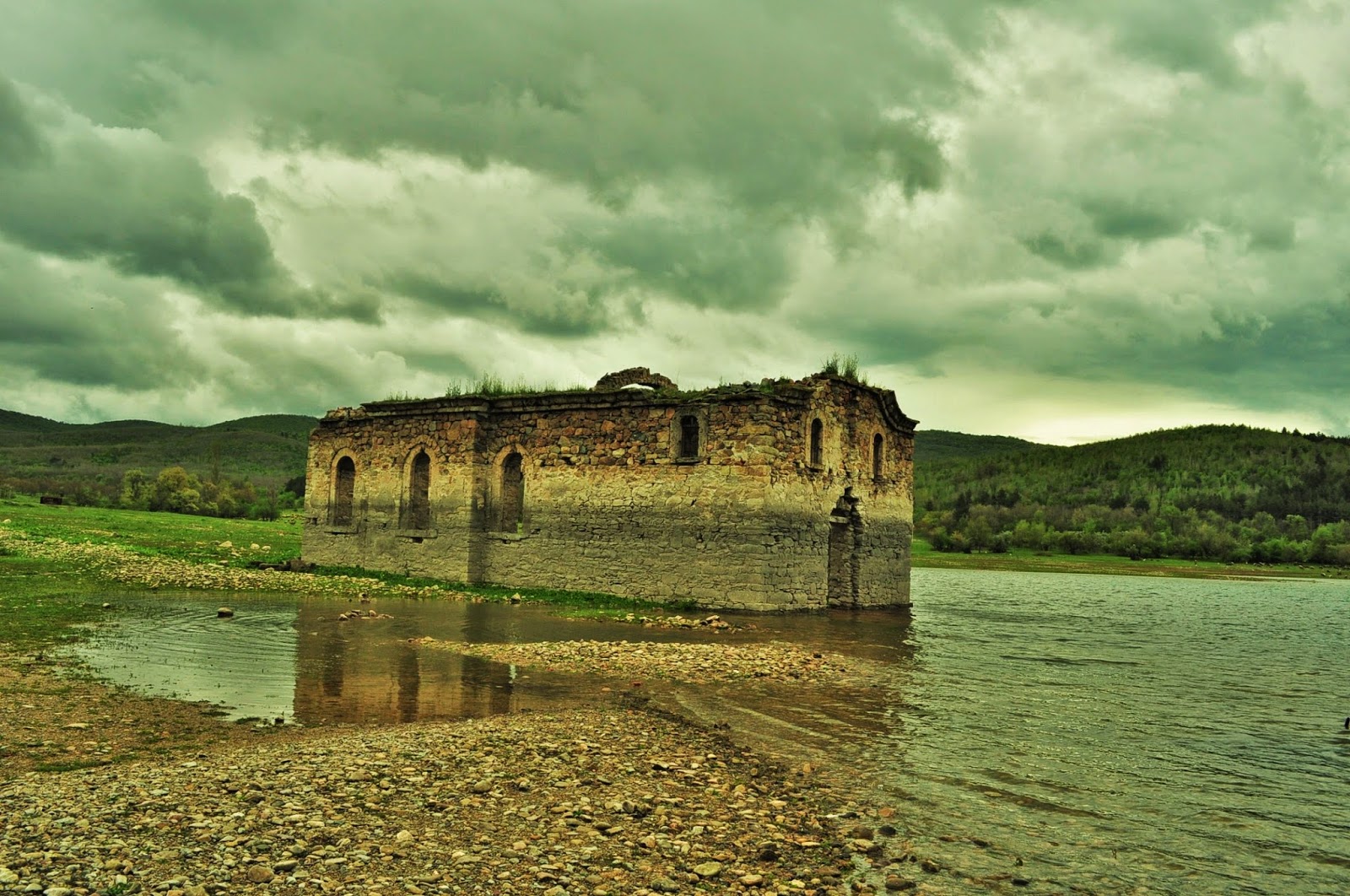 Far from human hustle and bustle, the submerged church of Zhrebchevo dam in Bulgaria is sinking into obscurity and loneliness, a silent witness to lost faith and hope. 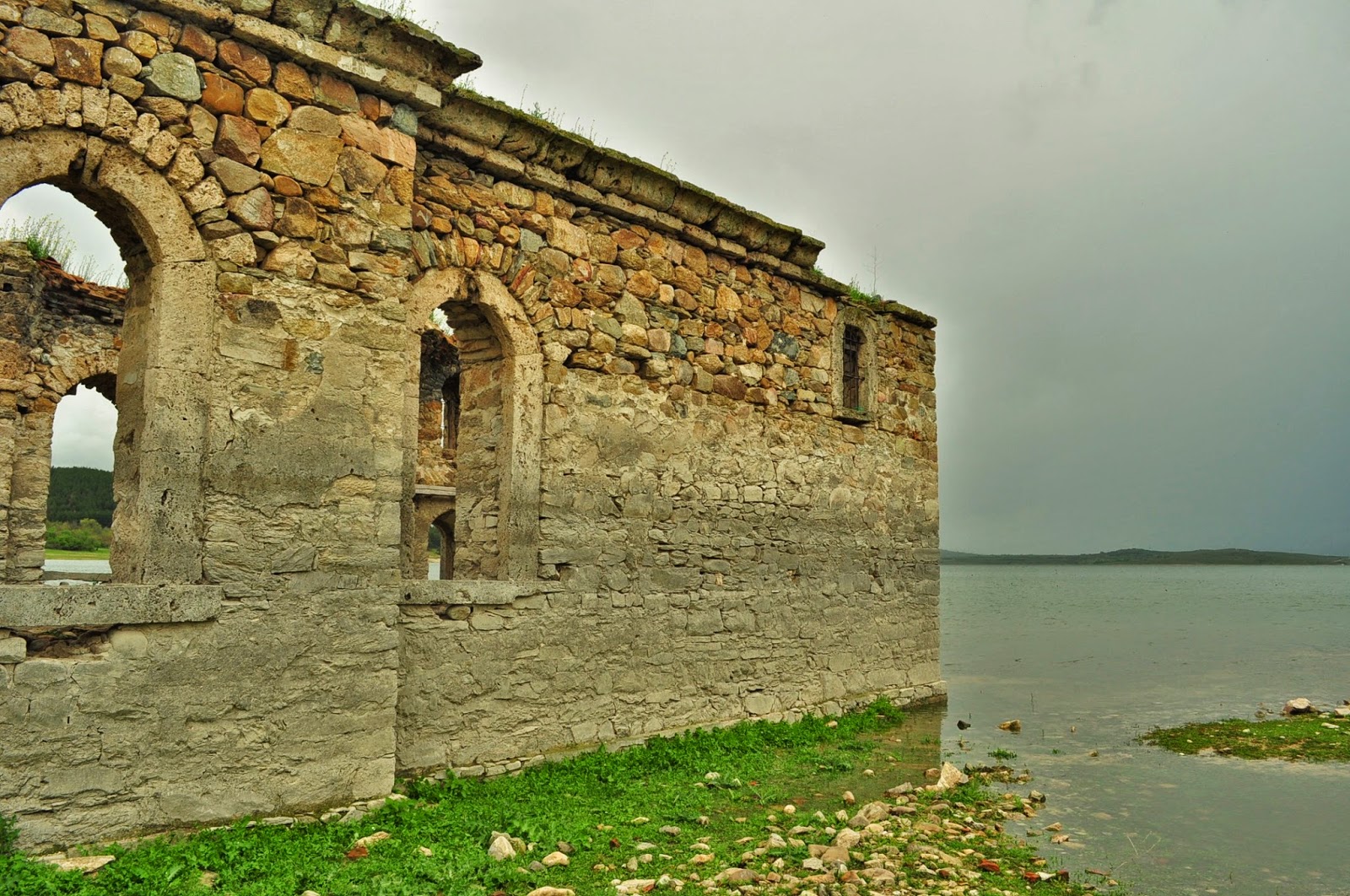 Once, before the waters engulfed Zapalnya and two more villages nearby,

the church was the heart of life in the valley. The  the crystal-clear sound of its bell resounded over the fragrant fields of oil-yielding roses at the foot of Sredna Gora mount. 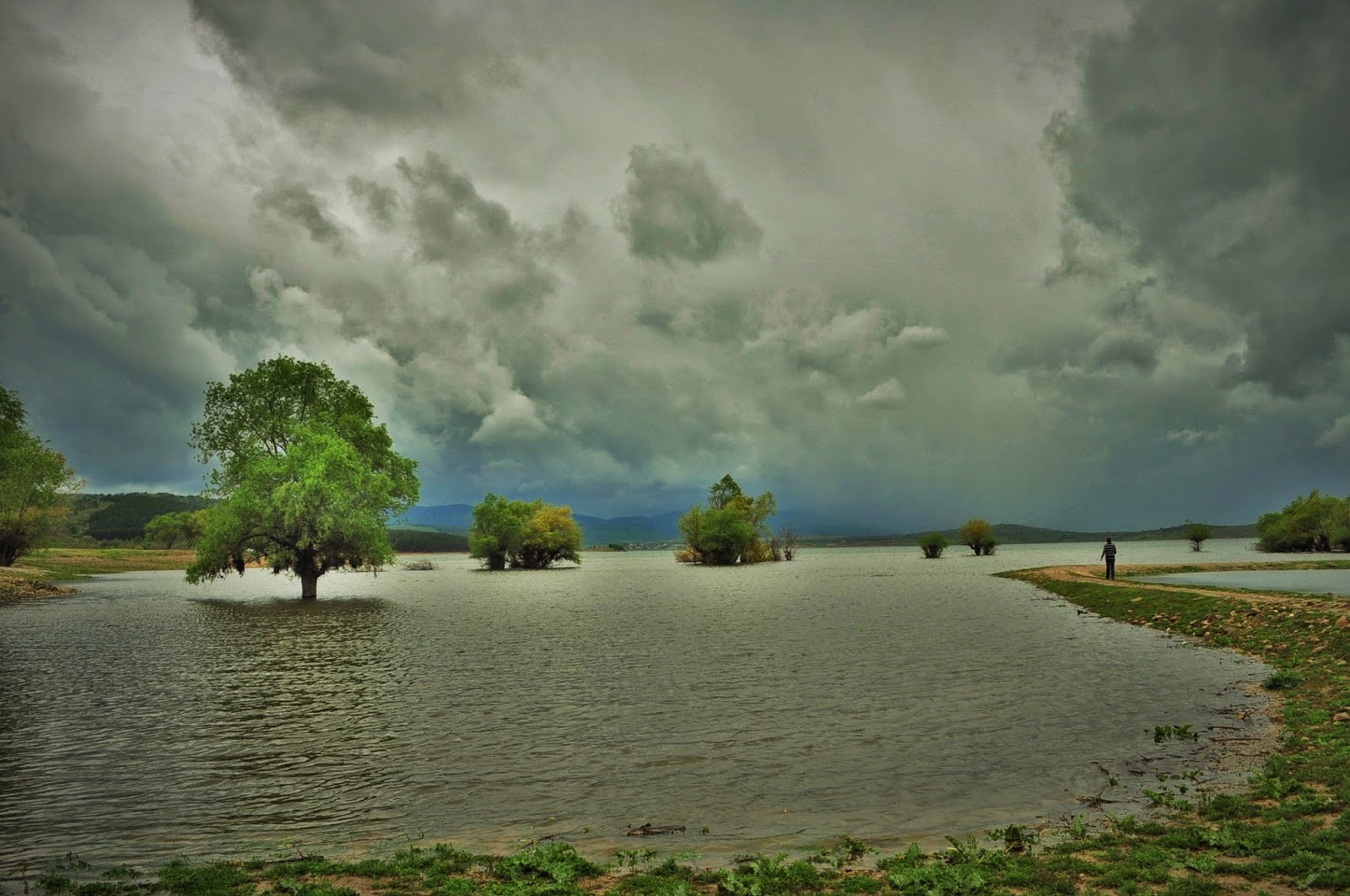 At the time of the Ottoman domination, Zapalnya was known far and wide for its 120 cauldrons for distilling rose oil. At that time the village was a major crossroads of commerce.
The road from Kazanluk to Edirne passed through here, lined by inns. According to an Ottoman document from 1472, Zapalnya existed prior to the 13th century. Though it was known by a different name. However, today there is not a trace to be found of its one-time dusty streets resounding with children’s laughter, the beating of hammers and the clatter of horse hooves. 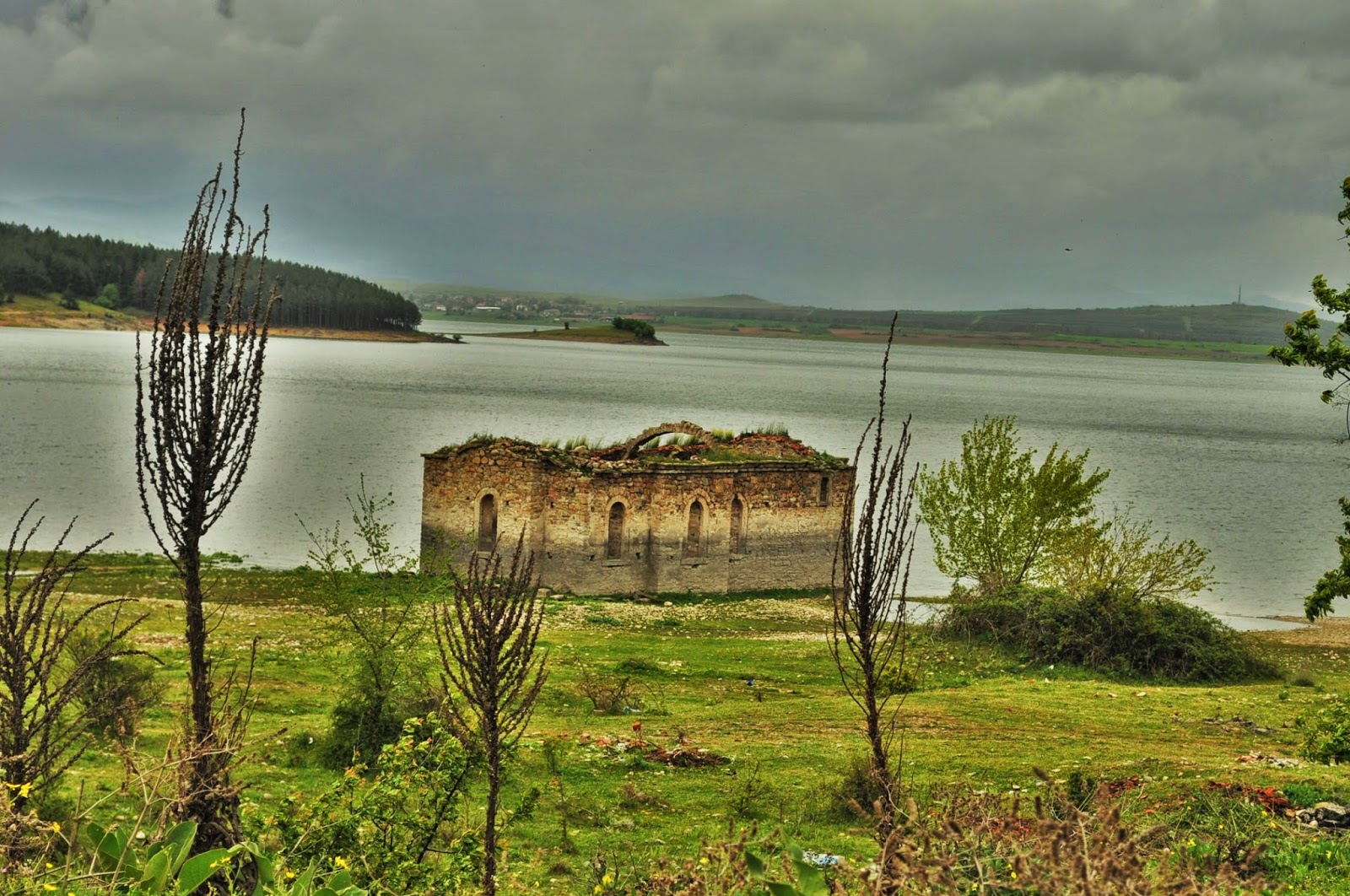 The church was built in 1895 on the same spot where another church rose from the 4th to the 9th century.

But the fact that it was named after St. Ivan of Rila – the patron saint of Bulgaria – did not trouble the minds of the communist party functionaries in totalitarian times.
In the mid-20th century, a decision came from Sofia that a big dam was to be built on this spot, collecting the waters of the river Toundja. To begin with, the locals could not believe their ears, then they were bewildered, there followed petitions, protests. But their fate had been sealed. 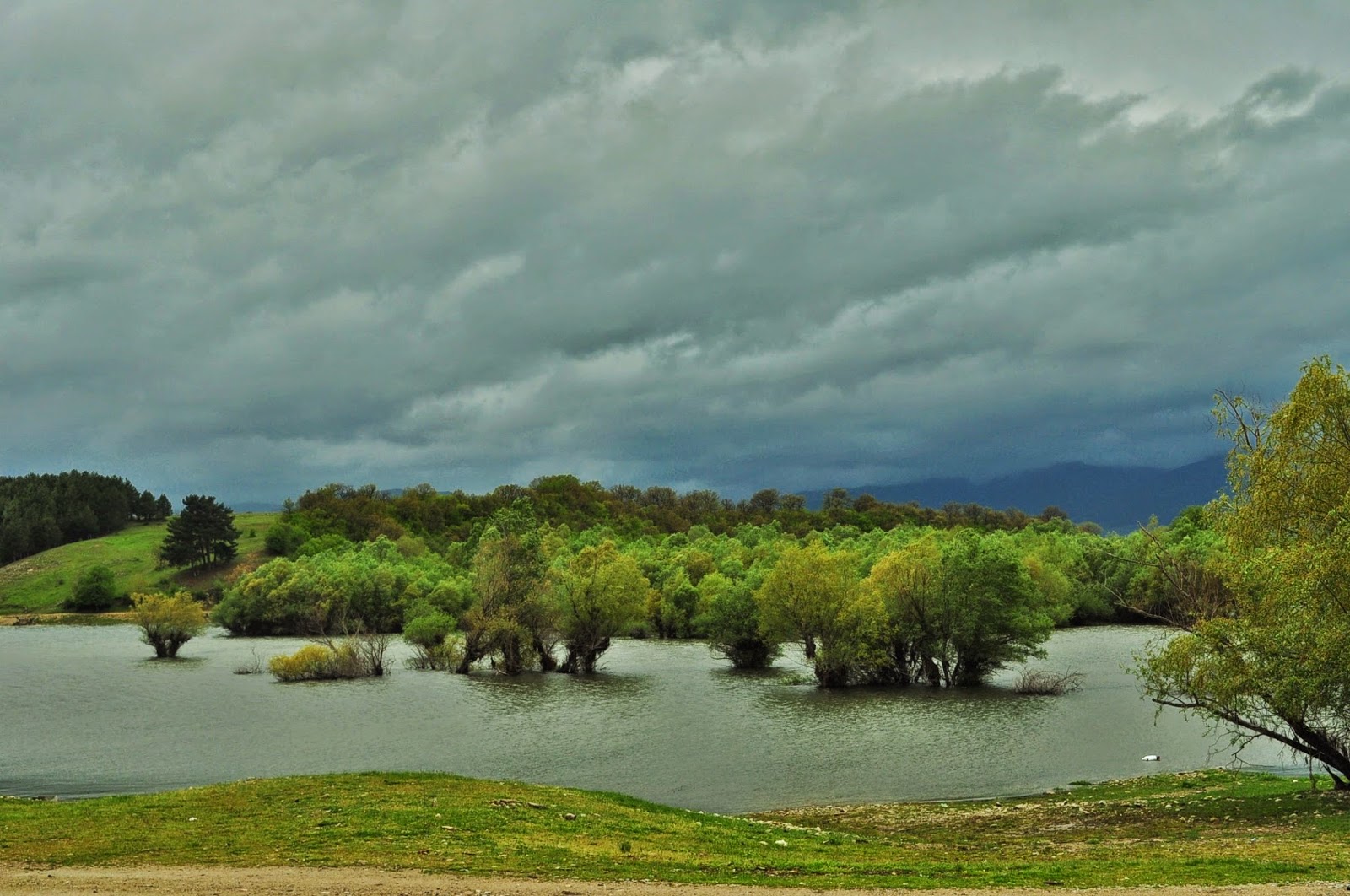 The year was 1962. Zapalnya, along with the neighbouring villages of Zhrebchevo and Dolno Panicharevo were sucked down into the gigantic centrifuge of the masses of water overnight to be left submerged at the bottom of the dam for eternity.

But a small fraction of this lost world refuses to be obliterated to this day – the old church.

It survived thanks to the fact that it was perched on top of a small hill above the village. 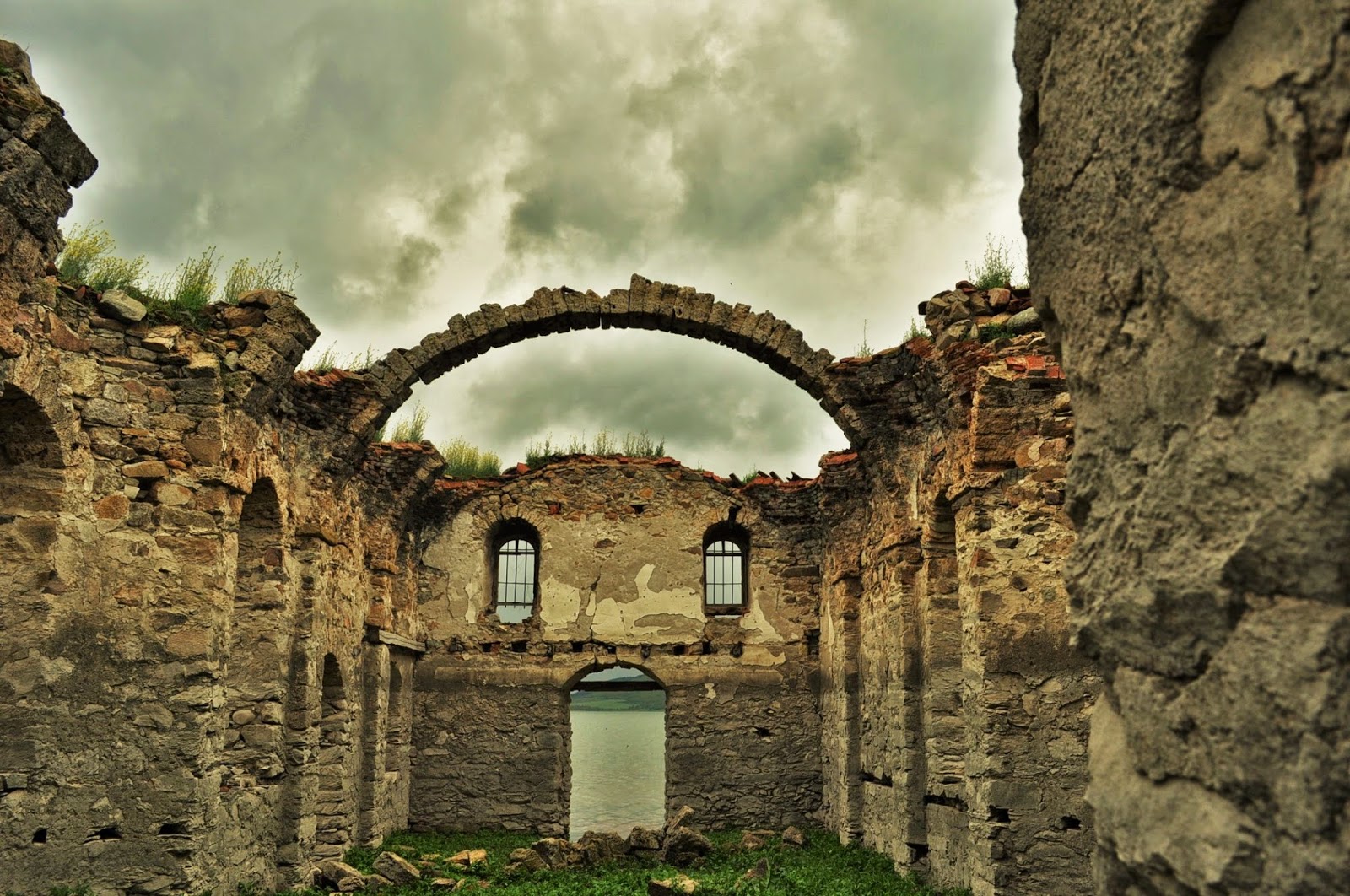 Its cracked walls, with the blue sky peering through, are so much like the picture of despair on a human face or a child weeping. Its silent cries dying away somewhere between the water and the sky. 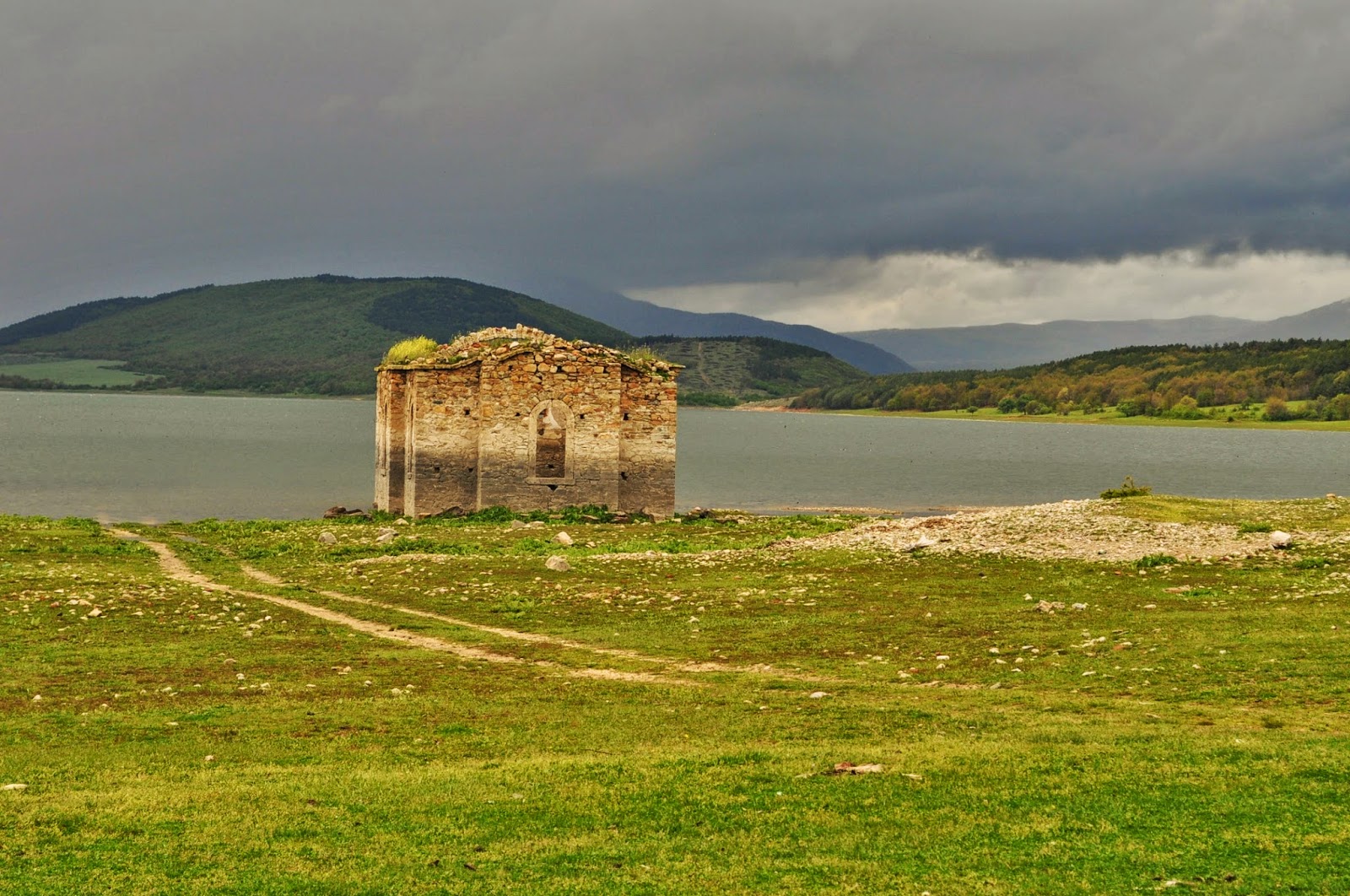 For fifty years the lonely silhouette of the church has been haunting the hushed waters of Zhrebchevo.

In springtime, the high waters reach up to its middle, in summer, the ripples lap at its foundations. 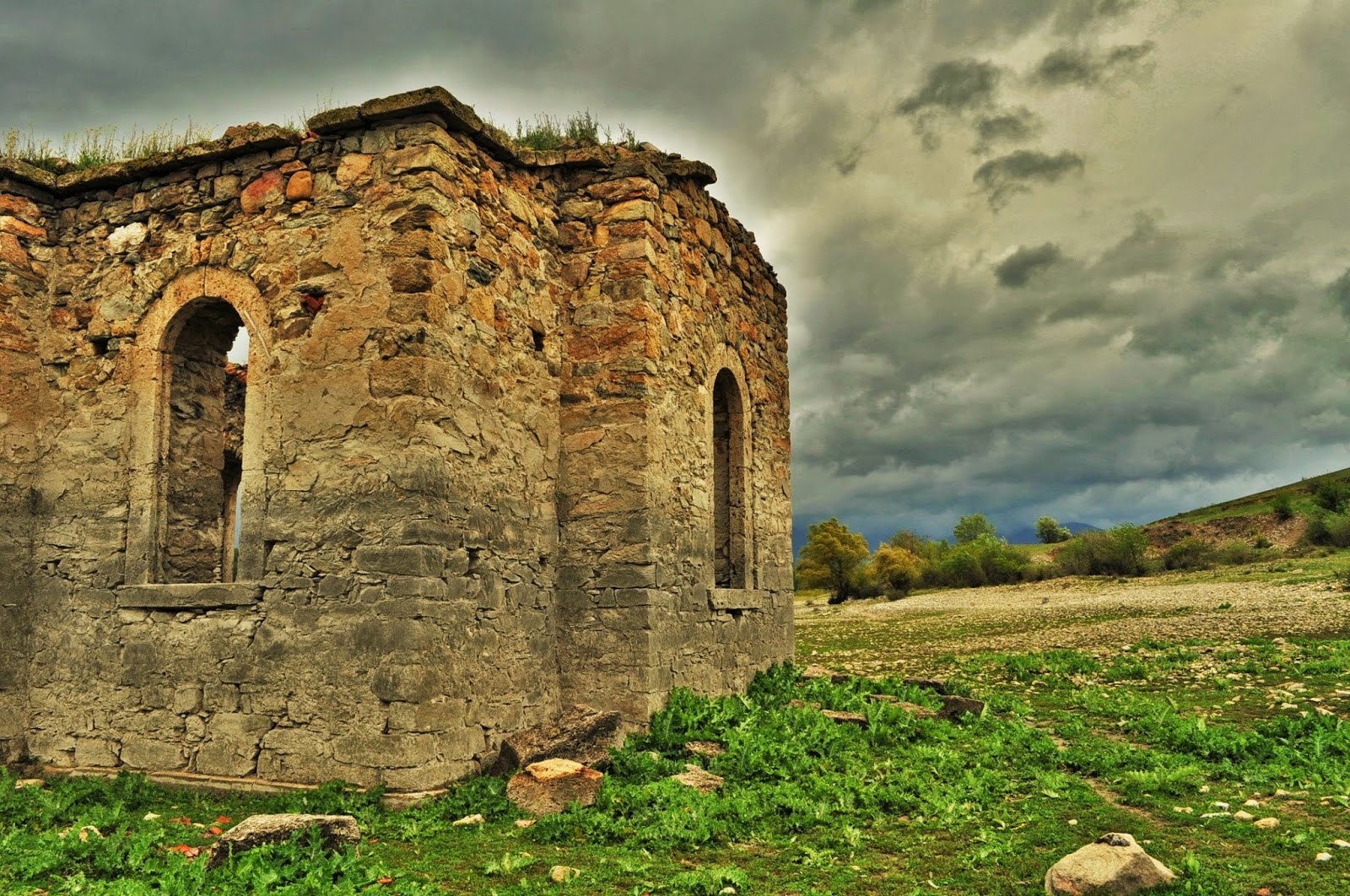 Defying the elements and oblivion, its walls still stand tall, as if reaching for the skies. They say these walls were built by master-builders from Tryavna. And if you look very carefully, you will see the tiny shells and pebbles stuck to them. 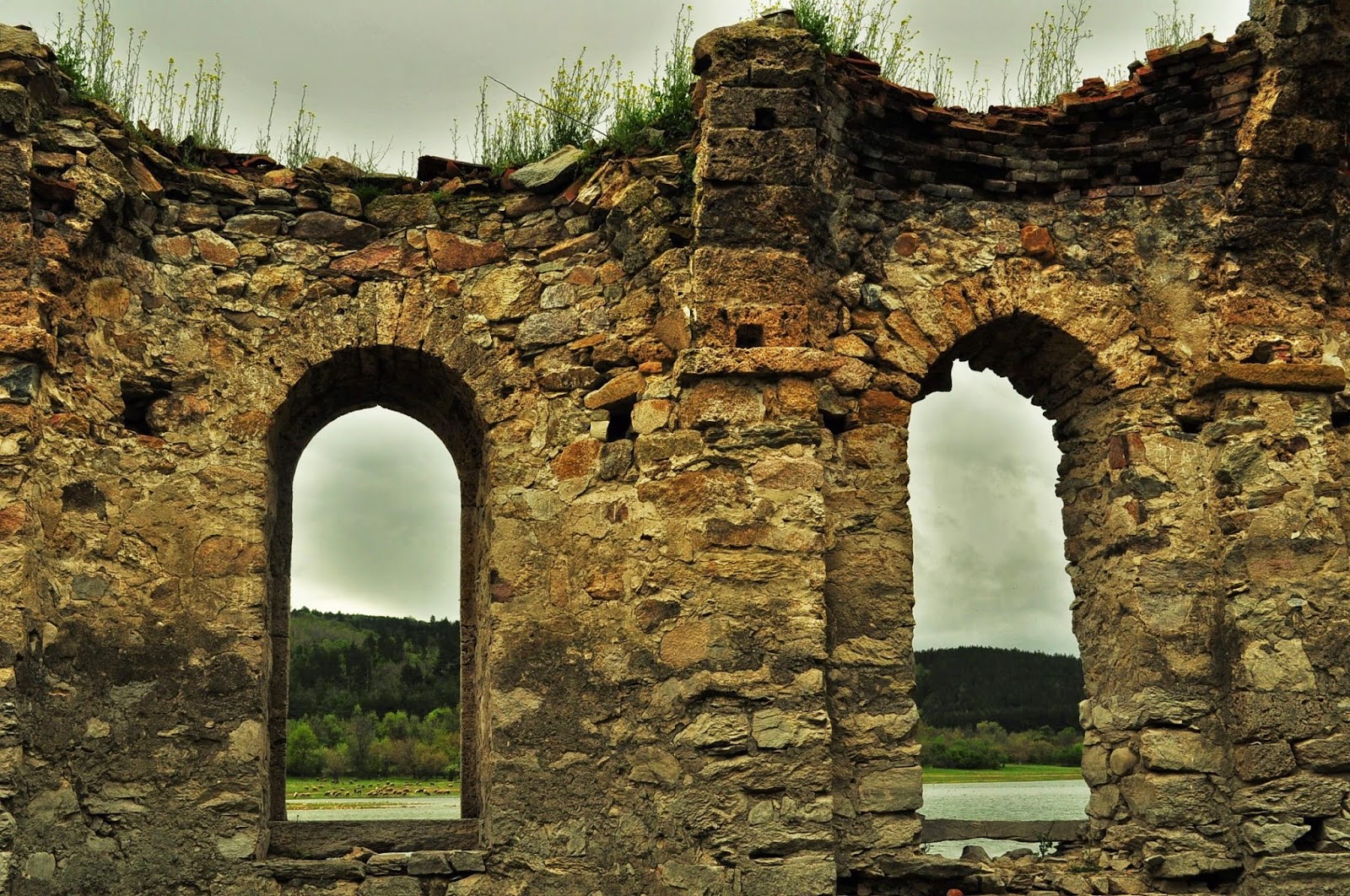 St Ivan of Rila is not the only Bulgarian church to have been obliterated by the ruthless socialist regime in a single stroke. Numerous megalomaniac hydro-projects came into being across the country sweeping whole villages away.

If you search online, you will find breathtaking pictures of submerged churches in the dams of Koprinka, Ogosta, Lobosh 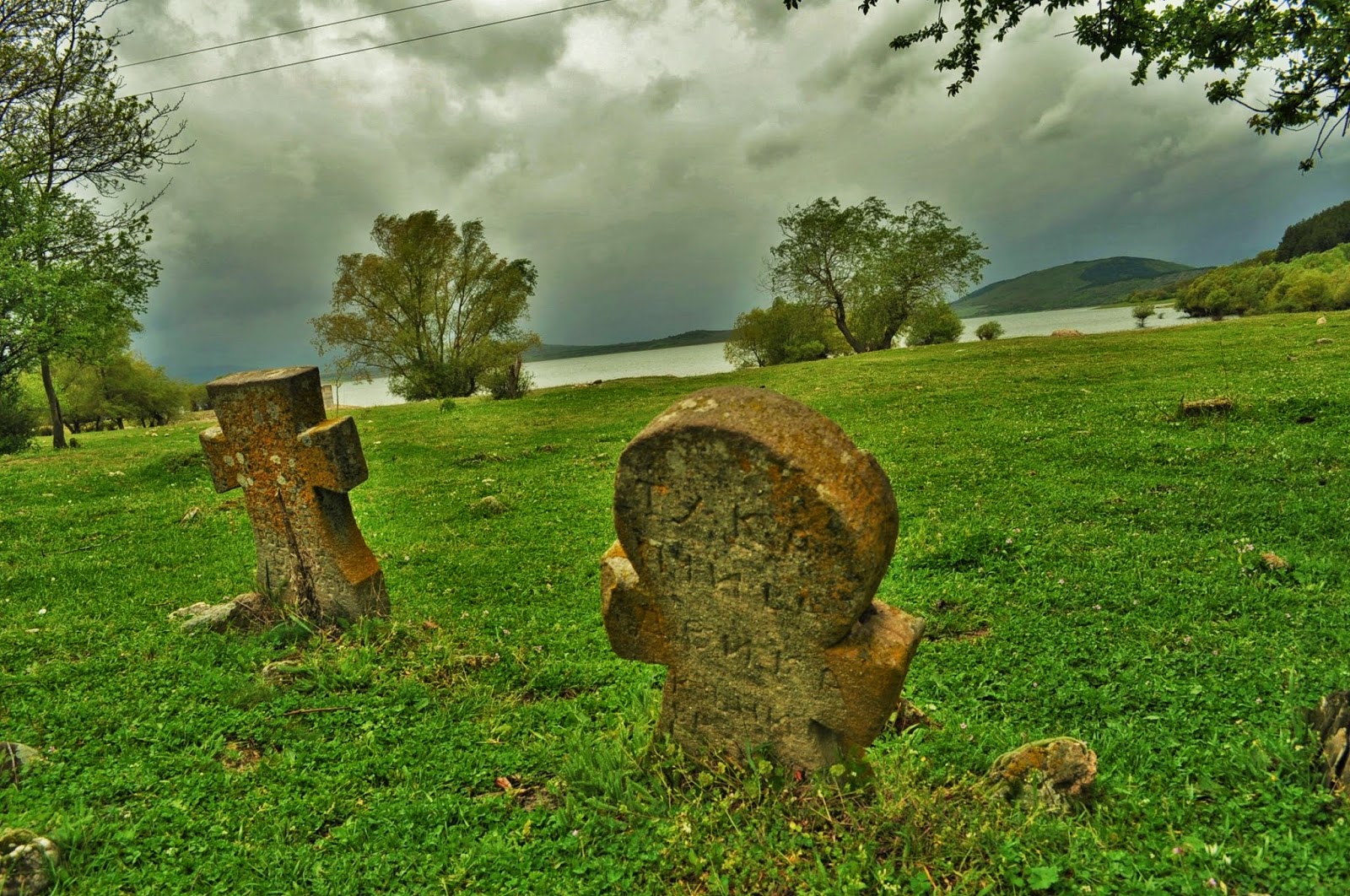 There are several stone crosses scattered around the remains of the church. The one-time village cemetery. This is where there once was a plaque, facing the dam, commemorating the dead village with the inscribed words.  ” Zapalnya village, populated in the 14th century, depopulated in 1962 “. But as is to be expected, this fragment of the past has been erased too – the plaque is no longer there. 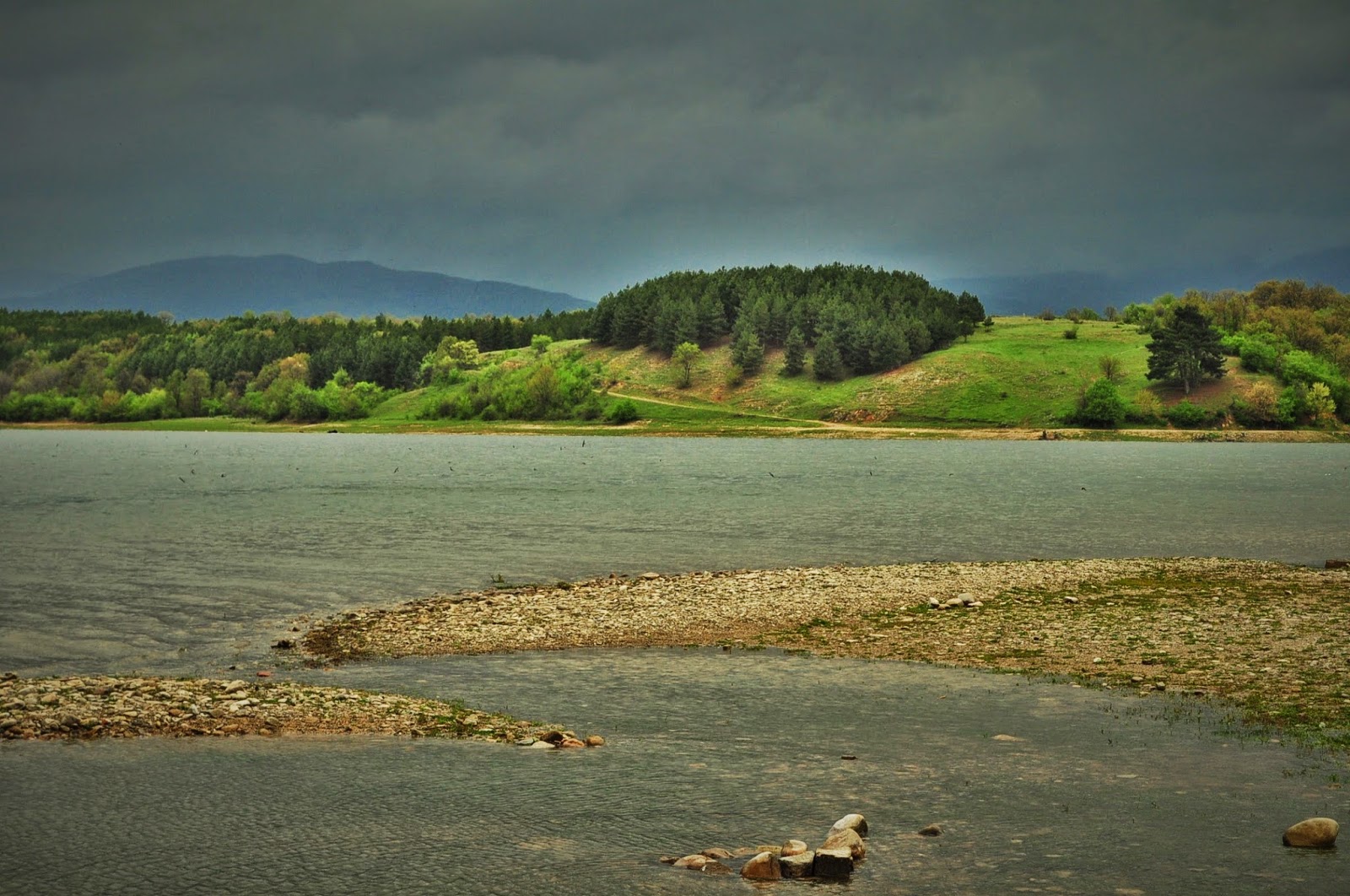 But the three submerged villages live on in the memory of their heirs.

Every year on the day of St. Ivan of Rila they gather to pay tribute to their ancestors and their church. 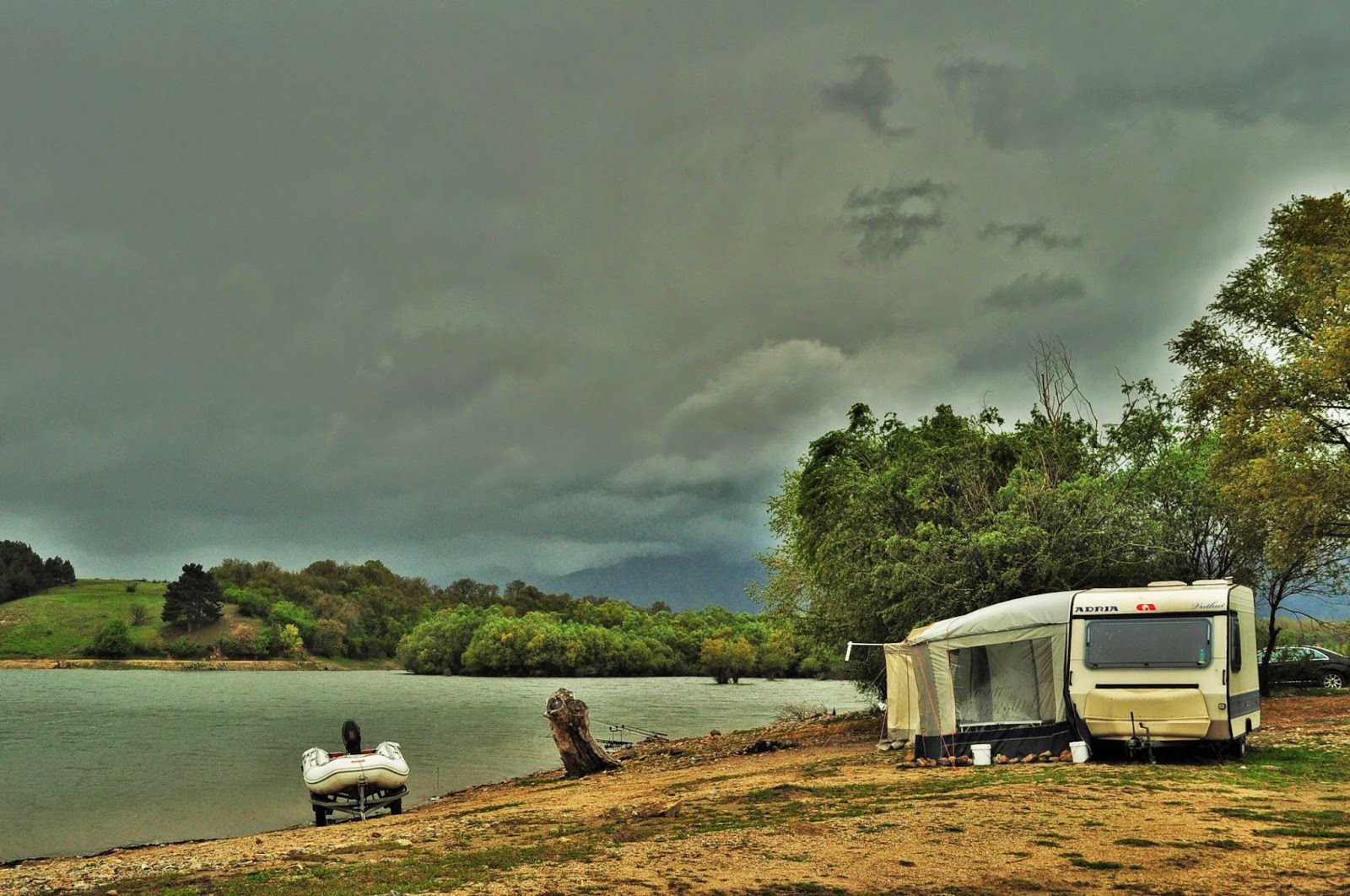 Otherwise Zhrebchevo is a haven for wild camping.  As well as for photographers and painters who come here often in search of the best light for their works. 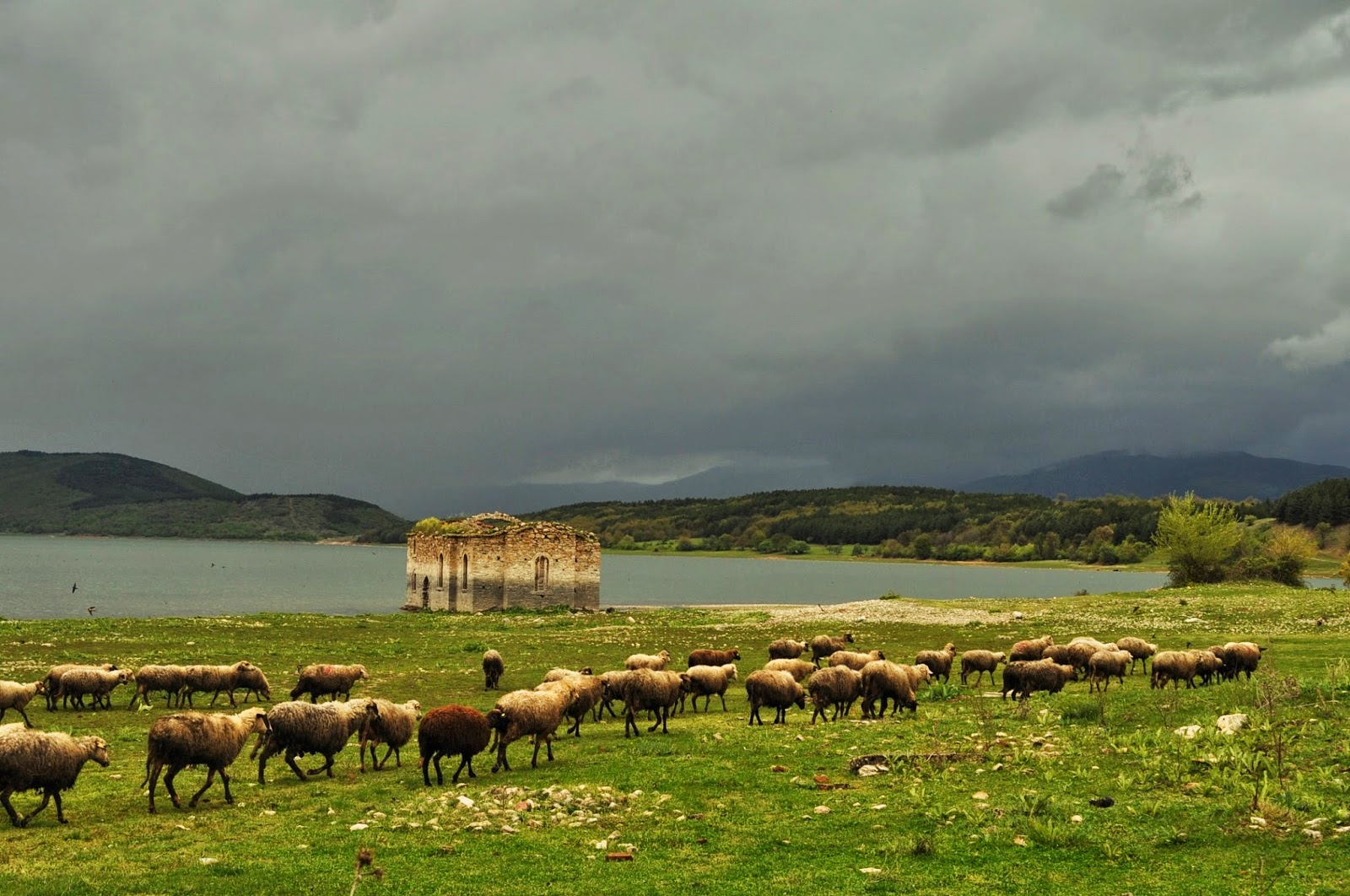 Today, profound silence reigns over the ruins of the submerged church.  With just the sound of the ripples and the wind blowing through the yawning windows and…the bleating of sheep. 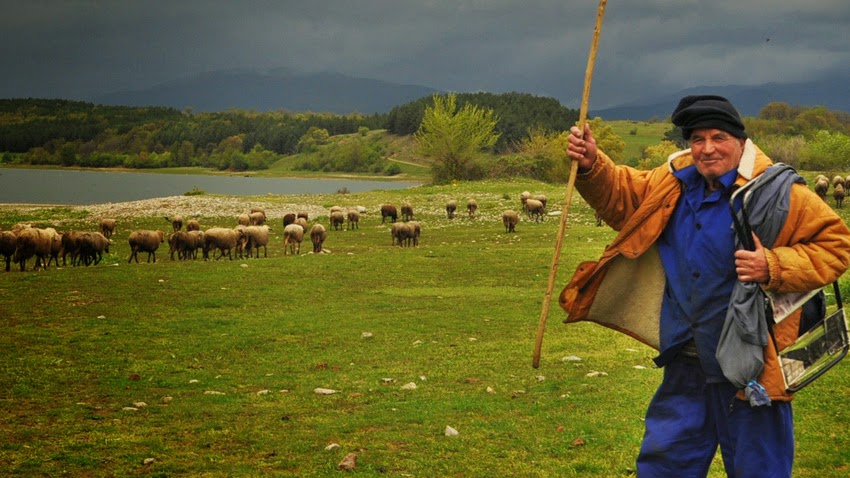 “Can I take a picture of your flock?”, I ask a shepherd taking his sheep to graze, oblivious of the gathering storm.

“What are you doing here, in the middle of nowhere?” the man answers.
“I enjoy the silence, the sunken church.”
“What is there to enjoy! Look, there’s nothing left here. The village is gone, the people have scattered who knows where. God has abandoned us. Soon we’ll be gone too and with us the memory of what happened here.”
Veneta Nikolova . Neverending Journey
previous post

Veleka River and one of its fascinating meanders.

It’s nice to relax along the shores of Koprinka