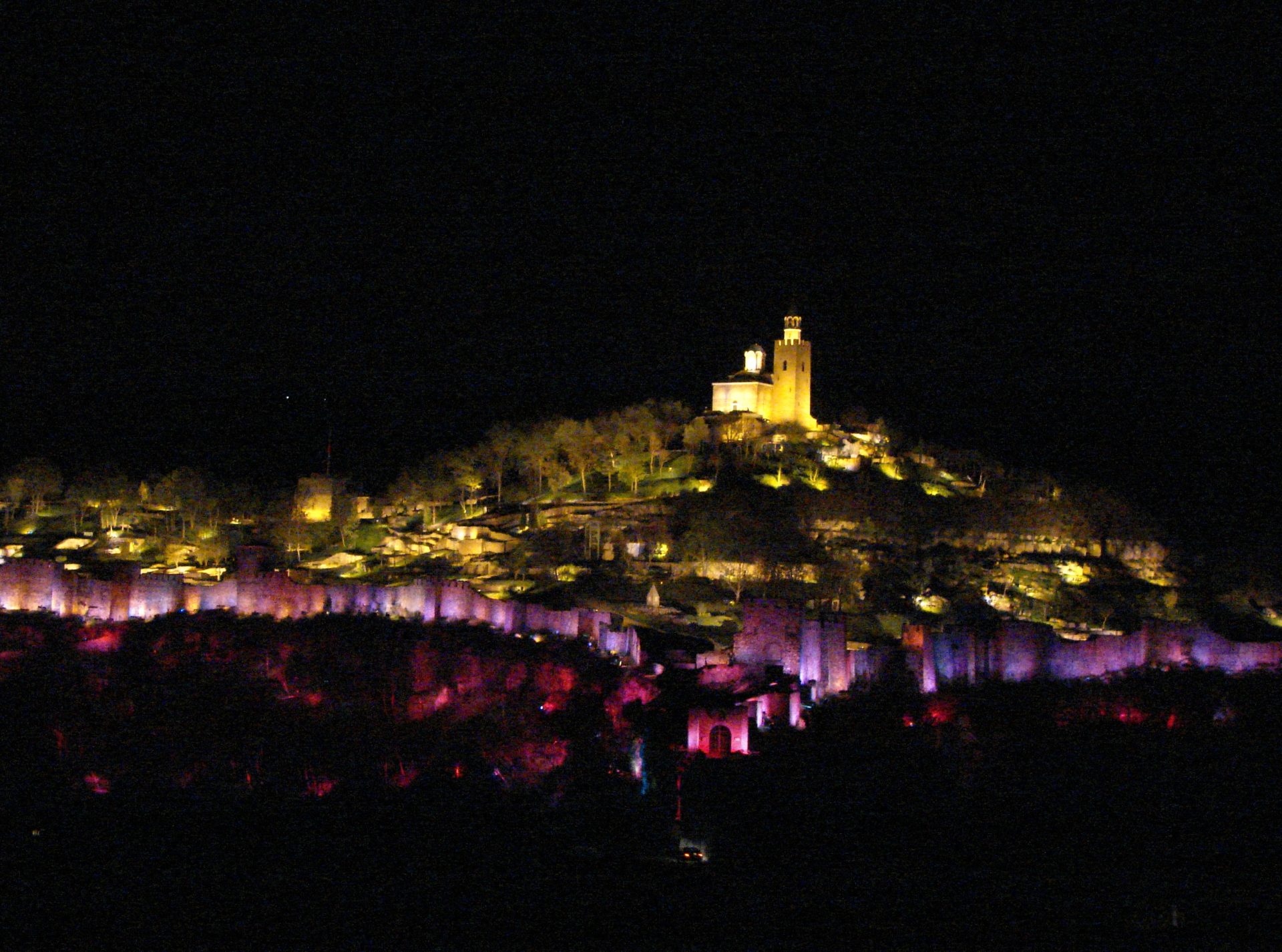 by Veneta Nikolova23 February, 202223 August, 2022
If you happen to be in the town of Veliko Tarnovo in a hot summer night you’d most probably witness the most spectacular sound and light show. There are light effects, bell toll, fireworks and captivating music.

This is the audio-visual show entitled Sound and Light

It has been bringing life to the medieval fortress of Tsarevets for near 30 years now.
Thousands and thousands of tourists have seen the show.
The premiere  was back in 1985 on the occasion of the 800th anniversary of the proclamation of Veliko Tarnovo as the capital of the Second Bulgarian Kingdom. The project was the result of joint efforts by Bulgarian and Czech teams led by the prominent Bulgarian film director Valo Radev.
The idea was to recreate the vicissitudes of history that the hill of Tsarevets had undergone throughout the centuries.
In medieval times, Tarnovo was one of the largest towns in southeastern Europe. At that time the Patriarchy and the tsar’s palace were situated in the town. There were also many churches and monasteries in and around it.
Today, the fortress is a historical symbol and one a favorite destination for thousand of tourists. The spectators can watch the show from three different points. The show lasts for 20 minutes and it uses a lot of sound and visual effects.

One of them being on the pyramids of Cairo. This is one it is one of the first attractions foreigners what to see when they visit Veliko Tarnovo.
The floodlights are about 2400 and divided in 4 groups depending on their color – red, green, blue and yellow. There are 6 bells mounted on the fortress that are run by computers. We also use about 140 flashes as well as a laser beam.
Another curious fact is that there are about 6300 km of cables encompassing the fortress.

You can watch the show throughout the year but it is even more captivating during the winter when the light reflects from the snow.

Recently more and more newly wed order the show as a wedding present. Businessmen often treat their partners with dinner and this show. In the  multimedia center you can learn more about the history of the fortress .
The new Sculpture Museum give us rich insights into medieval Bulgaria and attracts foreign tourists to the heart of the medieval capital.It’ visitors can meet “face to face” exquisitely crafted life-sized sculptures of iconic figures of the Second Bulgarian Kingdom (1185-1396)
Veneta Nikolova . Neverending Journey
previous post