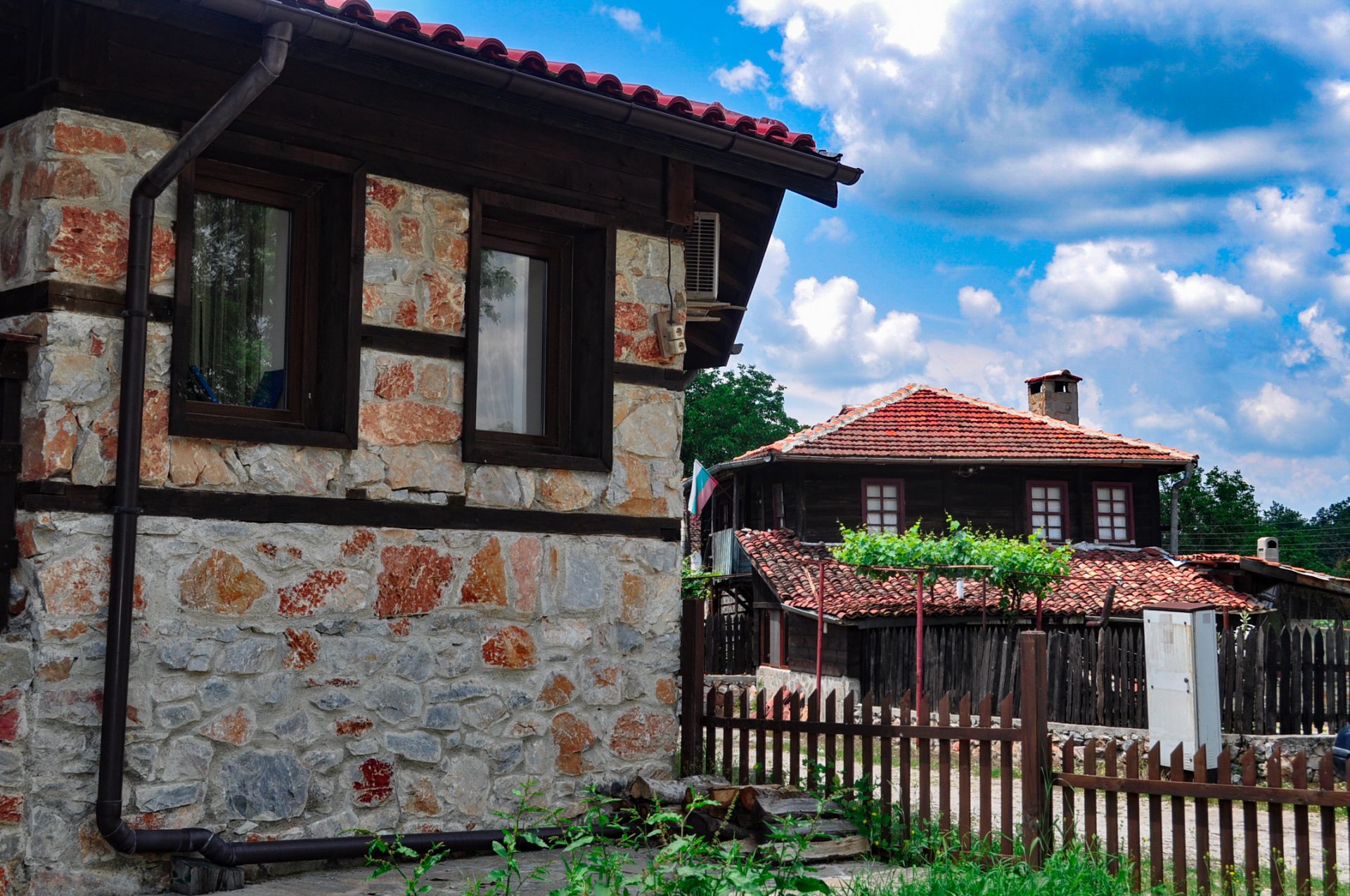 People in the village of  Brashlyan still remember the times when the settlement was full of life and the local school found it hard to accommodate the kids from the area, willing to study. Now there are no more than 50 people left there. Silence and timelessness can be found in the village. However, at summer its population increases in number, mainly with folks with villas and tourists. 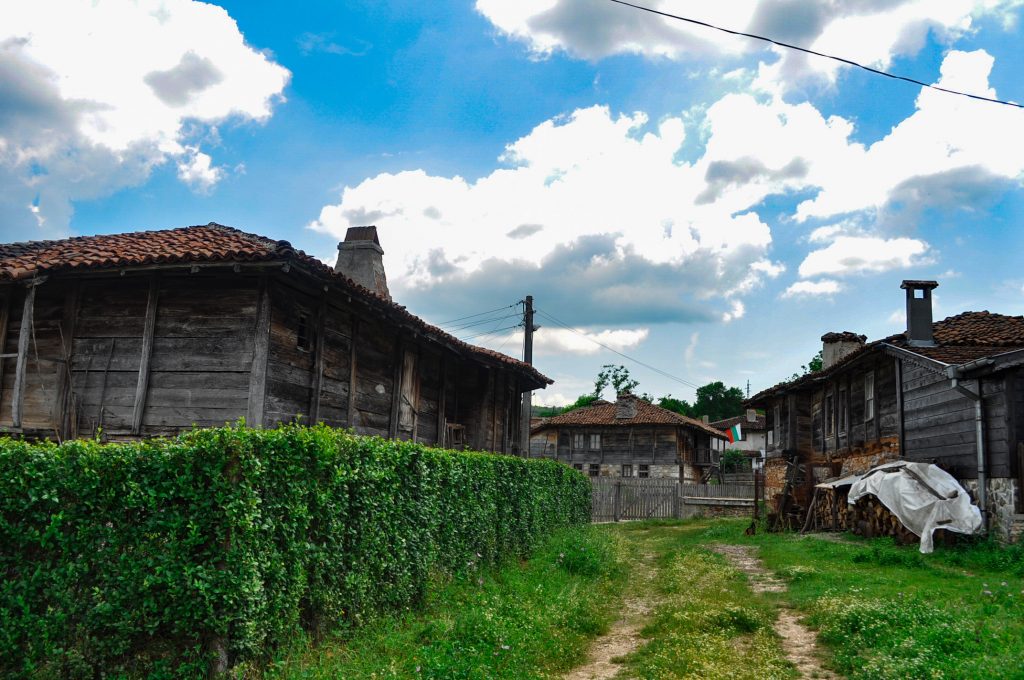 The village of Brashlian is nestled in a picturesque valley, overgrown with oak and beech forests. It was called Sarmashik in the past, when it was within the Ottoman Empire, meaning ivy in Turkish.

At the dawn of the 20th century the Strandja village found itself in the middle of the liberation struggles of that part of the Balkans. Locals are still telling legends on fearless gorilla leaders, slaughtered by the Turks, on houses looted and destinies broken. 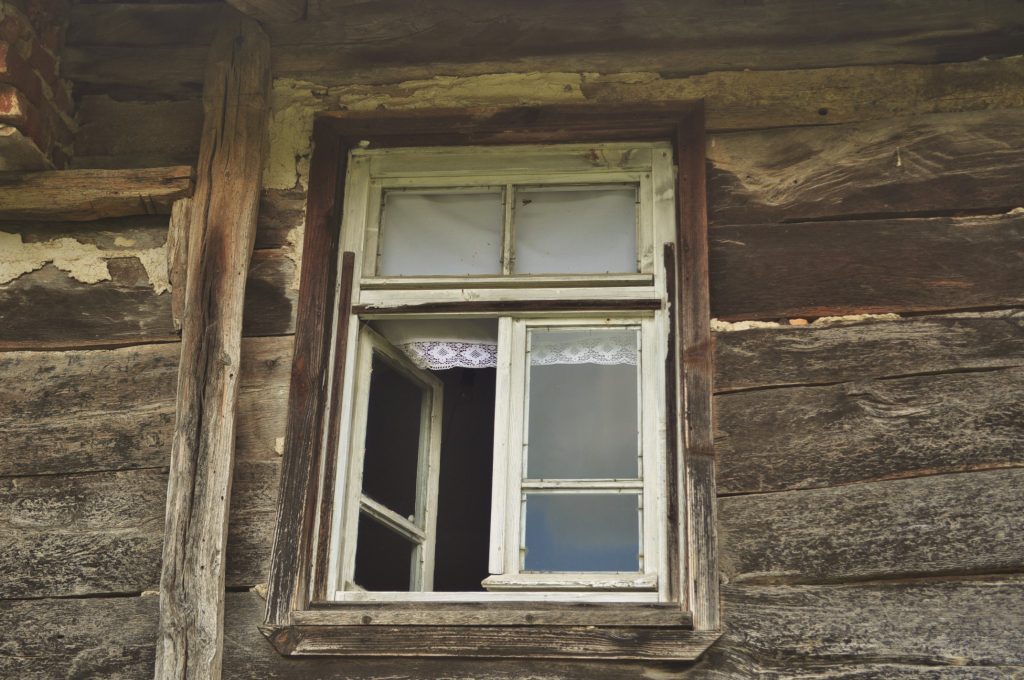 The secrets of local craftsmanship in the construction sphere

It turns out that most of these buildings with their two floors have been built without any grounds, dug into the ground: and they have been resisting earthquakes and harsh mountain whirlwinds for centuries now. At the same time their first floor is a massive stone wall with a strange construction trick implemented for stability: 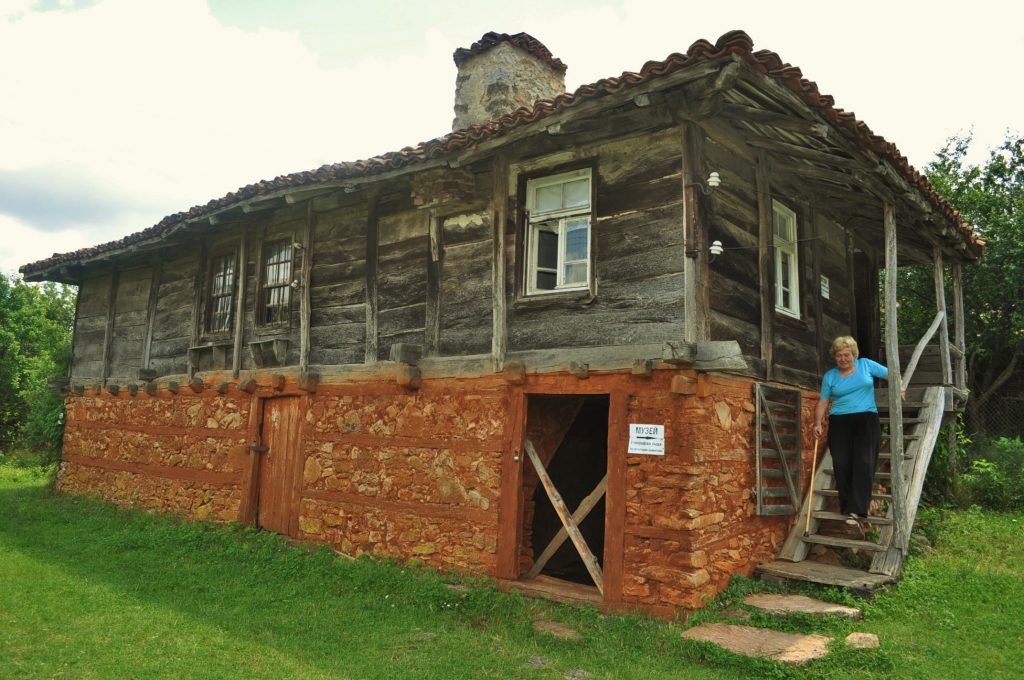 The unusual thing about it is a wooden beam placed at each 50 – 60 cm, forming a sort of a belt,says. So, in cases of earthquakes this beam bends, receiving the vibrations of earth, preventing the whole building from collapsing. 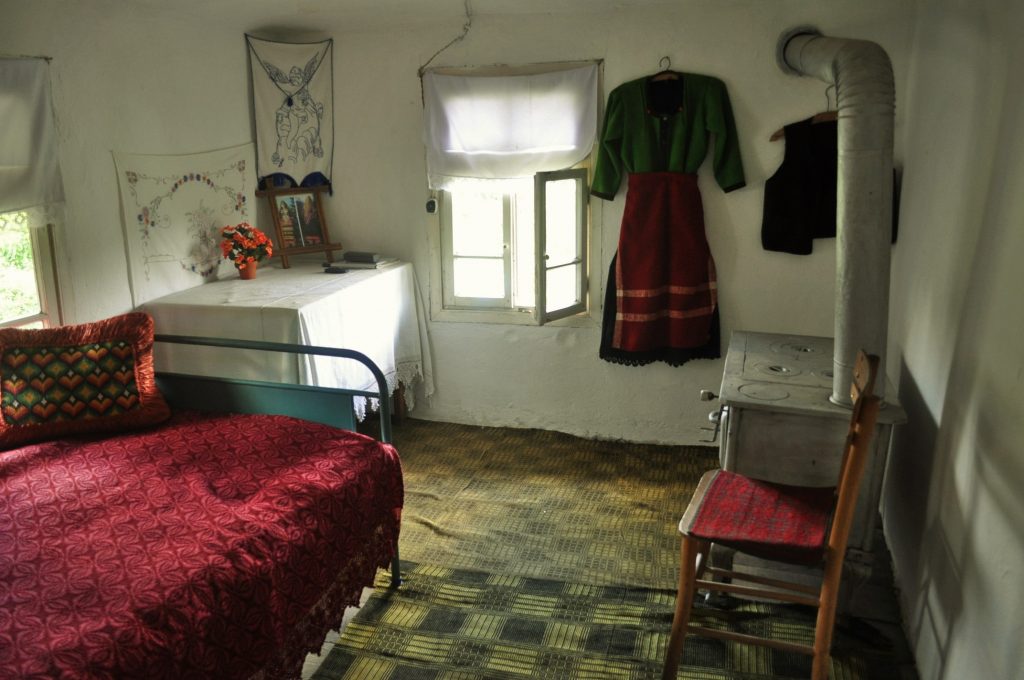 The ground floor was designed for animals, while people lived on the second one. It is paneled with thick oak planks, row-sliced so that the fiber was preserved strong. These planks have never been covered with any impregnating material, nor nails have been used. The planks were simply assembled into each other. They haven’t changed for the past 300 years!”

There is an ethnographic display on the second floor, with the typical fireplace, dug into the wall, along with… a local extra – a restroom on the balcony: a simple hole, cut into the wooden floor.

Get to know the local folklore

Another old building, the so-called Balyuva House has been turned into a museum and the so-called gatherings take place in its yard. Local grannies sit on the special three-legged small chairs, dressed in a traditional manner and wearing flowers in their hair. Their repertoire includes Strandja songs, knitting, looming and other ancient activities, learnt from their moms and grandmothers. 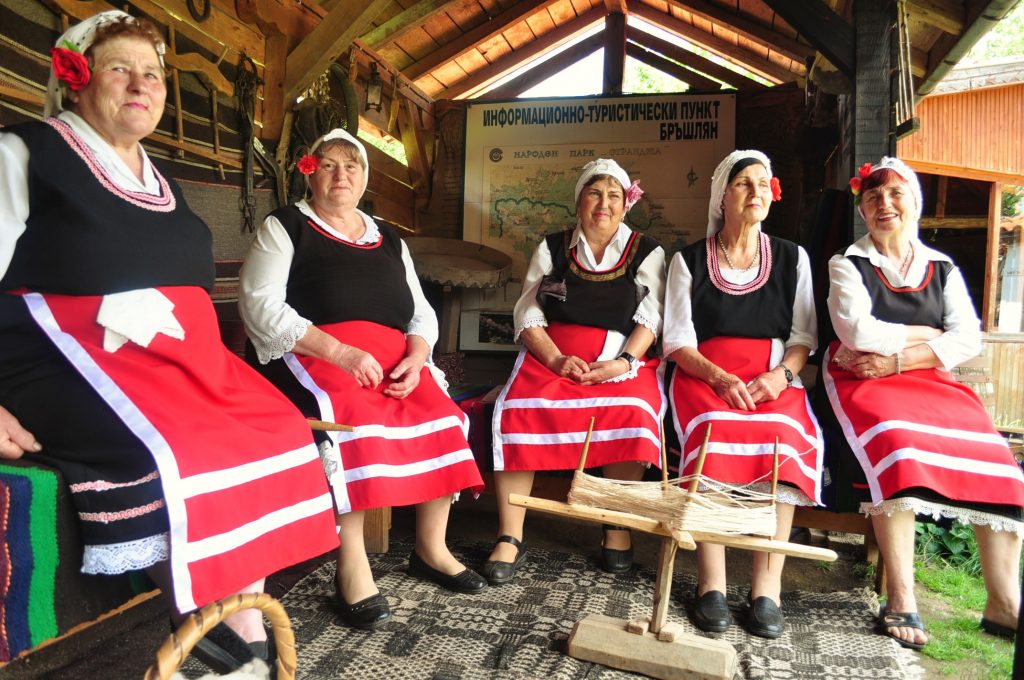 A group of Frenchmen go down the narrow streets of the village of Brashlyan and then there is a herd of foals, grazing freely in the main square. The old St. Dimitar Church, dug into the ground can be found in it with the cell school, now also an attraction. Boys, aged 12 – 13 used to study in that tiny room. They sat on the floor of clay and used wax plated, not notebooks or computers. The kids would write down carefully the Cyrillic letters with tiny sticks and at the end of the lesson the wax was melted down in the fireplace. The plate was smoothed manually – simply and easy! 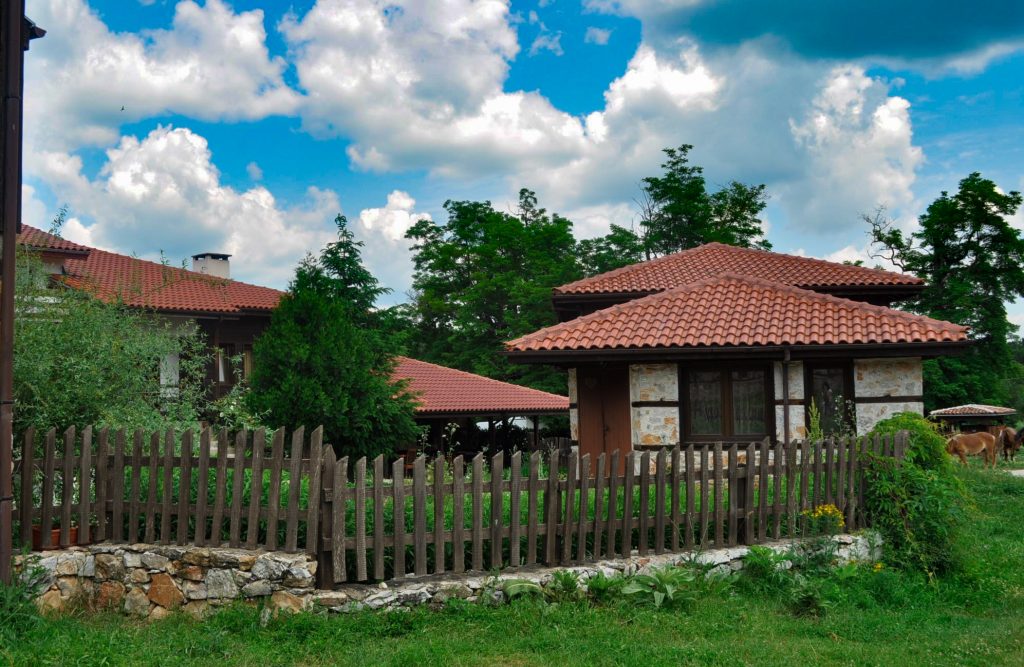 One can enjoy hospitality at the local guest houses, tasting their tasty homemade meals. Take a walk around the village, see the yards, covered with ivy and greenness, the houses with wooden planks, breathe in the natural beauty of Strandja’s thick forests, full of the spirit of ancient times. The natural question will be: “Is this a dream or reality?”, as Brashlyan is definitely one of the most magical places in Bulgaria…