Zlatograd has always been “the gateway to the wide world”. People here say this is where Bulgaria begins, and with good reason. A gentle breeze from the Aegean Sea reaches this small town on the country’s border with Greece. Through the ages Zlatograd has brought different cultures together . They have all left their imprint on local customs and lifestyle. Nowadays this beautiful part of the Rhodope Mountain enthralls travelers with its white houses with round chimneys. As well as its Revival style atmosphere. In Bulgarian Zlatograd means literally “The Golden city”.  This is where the first post office in Bulgaria was built. The oldest church in the Rhodopes, built in 1834, the times of Ottoman domination rises in the centre of the town’s historical part. The first monastery school in the entire region is also here. It was here again that at the time of the National Revival the first European innovations in technology and agriculture were applied. In the 19th century the people of Zlatograd were the first to leave their folk costumes behind . They started wearing elegant city clothes, following European fashion to the minutest of details.

Thanks to the initiative of a local businessman, at the turn of the 21st century the town’s old marketplace was born to a new life. Investing his own resources and with financing from European funds, people restored  the dilapidated old houses. Traditional craft workshops opened doors in their basements. That was how the only private so-called habitat ethnographic complex in the country came into being. The town, until then sunk in oblivion suddenly filled with tourists: In Bulgarian language Zlatograd means literally “The Golden city”. The town was once called Belovidovo, the name being derived from the dazzling whiteness of its houses, perched on the rocky cliffs of the Rhodopes. If you take a stroll in the streets of its old part you will see it has lost none of its old-time charm. And the first thing that visitors notice are the rounded white chimneys. They invariably top the red tiled roofs; in winter a silvery strand of smoke rises up to the sky.

Most of the houses here are more than 200 years old

They are made of stone, wood and adobe and some are still inhabited. Others have been turned into small hotels. Still others have workshops in their basements where latter-day master craftsmen bring to life the crafts of old, typical of this part of Bulgaria. Visitors can take a peek into the woodcarving, pottery, cutlery or coppersmith workshops. 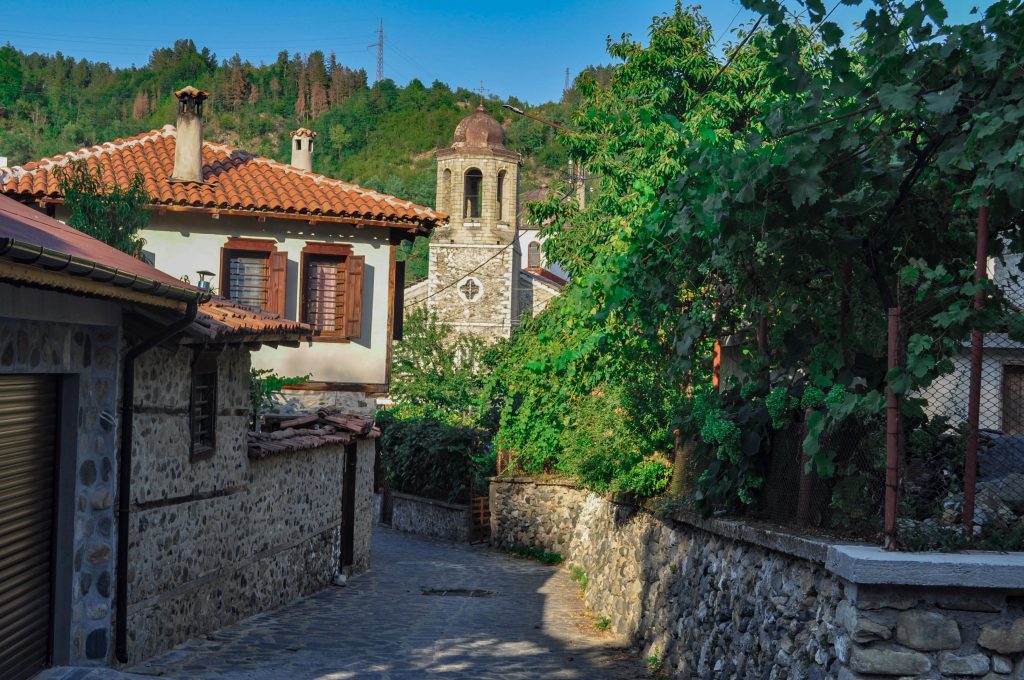 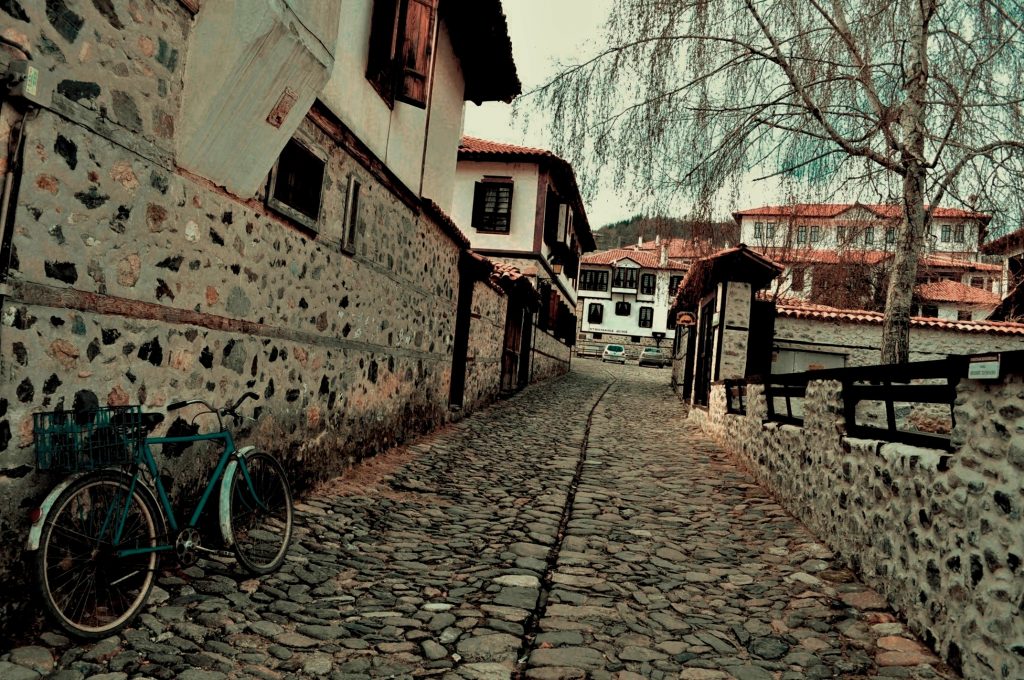 If you drop by the local goldsmith you will see how they make belt-buckles, necklaces, bracelets  using ancient technologies. In the weaving workshop visitors can see how the typical Rhodope fleecy rugs are made, and try out the loom; at the saddlemaker’s – how horse and donkey saddles, horse-collars and bridles are made. Some of the first sowing-machines imported in Bulgaria 150 years ago are on display at the tailor’s where you can buy hand-made shirts, aprons or even entire Rhodope folk costumes. If you take a walk in the ethnographic complex, enjoying the view of the magnificent Rhodope architecture you simply must pay a visit to the Old café, dating back to 1823. Since then, right down to our day, it offers a typical local specialty – coffee on sand. At the local taverns and restaurants guests can try delicious and healthy Rhodope dishes. While accommodation in the town and its environs is ample. Nonetheless, if you plan a visit in summer, you would be wise to book in advance, as in that season it is difficult to find vacancies. The same is true of the regilar  folklore festivals in Zlatograd’s ethnographic complex. At festival time hundreds of locals, dressed in folk costumes as well as tourists, cameras in hand, stream in the town’s narrow streets. Whether it is the Festival of Wine or of old-time city songs, a re-enactment of the Butterfly – an ancient rain ritual of the Balkan peoples – or the popular traditional barbecue, any celebration here lifts the spirits and invariably ends in a chain dance in the town square