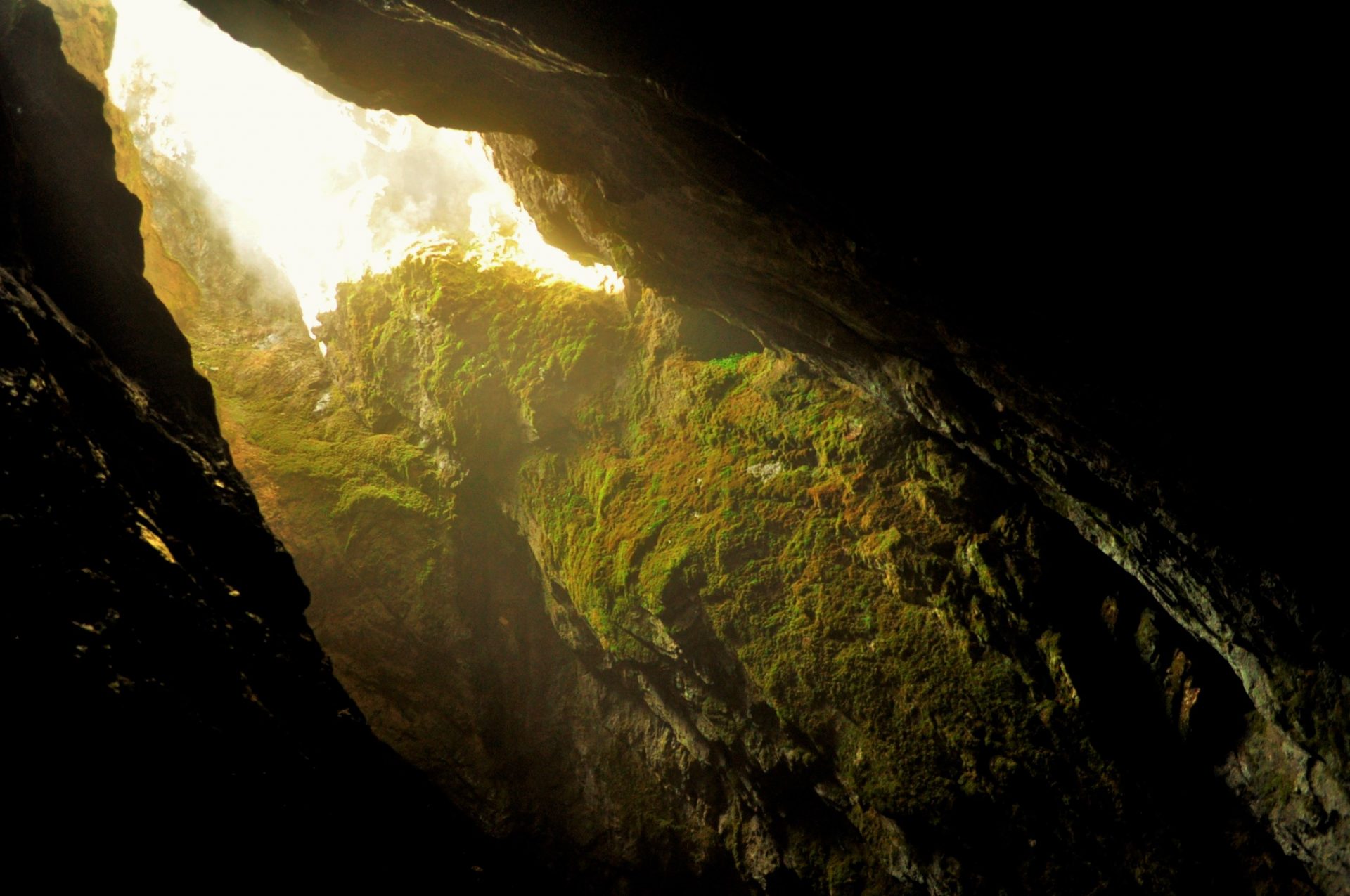 Stepping over its threshold into the millennia-old twilight, one is very vividly aware of being a helpless link in the endless chain of the Universe. And if you listen in to the roar of the masses of water vanishing into the bottomless maze you will surely stand in awe of the power of Mother Nature; the legends that are told about it will make you want to turn and flee this ungodly place. They call it the Devil’s Throat and with good reason; its mouth opens up amidst the rocks of the Gorge of Trigrad, so it also goes by the name of the Abyss Cave. It is a magnet for tens of thousands, coming here to take a look into the Kingdom of Hades. But have no fear – they all resurface alive and well. 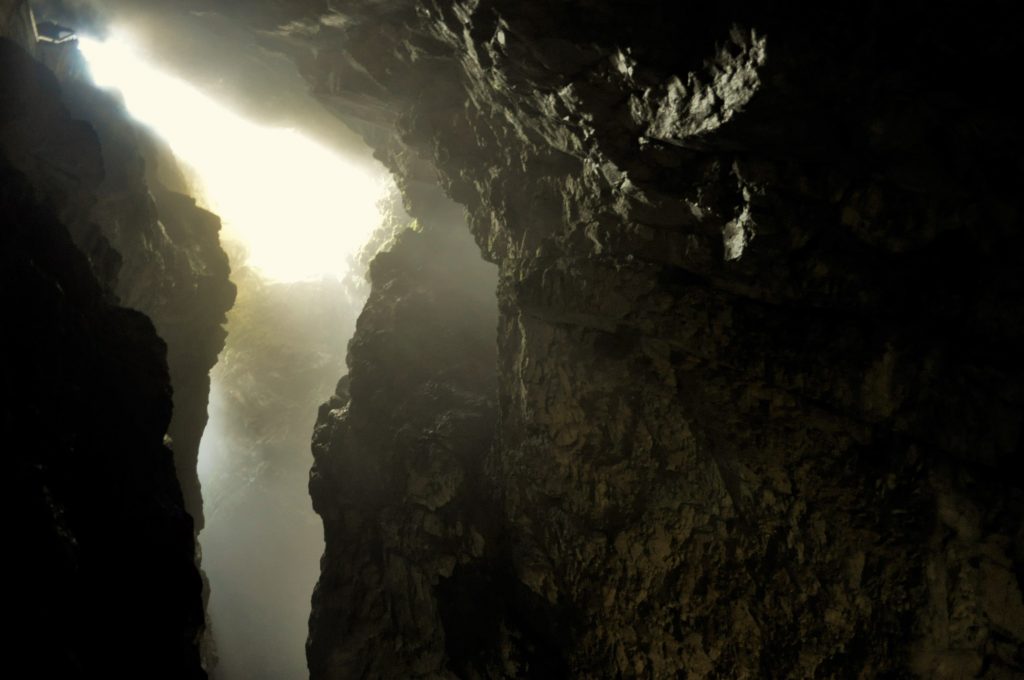 The Devil ‘s Throat was known to the Thracians

They believed that the awe-inspiring abyss, whose throat emits fog and vapours was in fact the road leading to the underworld. It was here, according to one legend that Orpheus descended to the Kingdom of the Dead to bring back to life his beloved Eurydice. Hades agreed, provided he never turned back to look at her until he had left the realms of the kingdom. But right where the cave’s so-called Roaring Hall stands, Orpheus could no longer hear Eurydice’s footsteps. So he turned back to look and… lost her for all time. 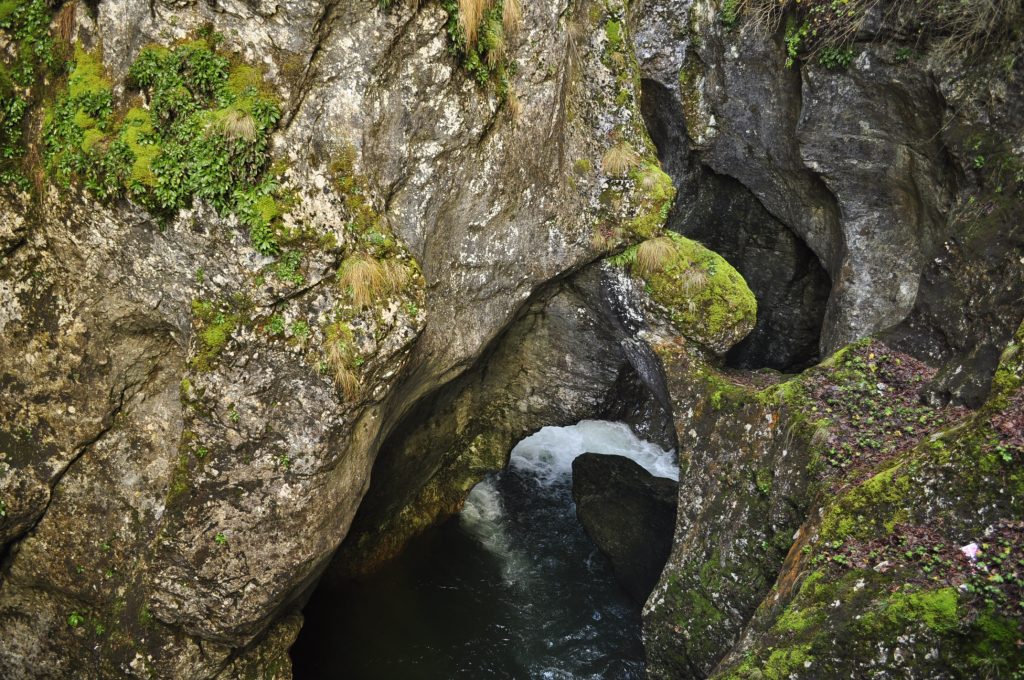 Years, centuries and millennia passed by! But the gaping bottomless abyss is still there, instilling awe and horror into the local people. During the times of the Ottoman domination, the cave was known as the Terrible Judge and into its throat thieves and murderers would be thrown without trial or sentence. But no mortal dared descend into its gaping mouth until 1961.

The Devil ‘s Throat is an abyss 60 meters deep

That was when three audacious climbers from Sofia went down into the chasm and discovered it was in fact an abyss 60 meters deep into which the waters of the biggest underground waterfall in the Balkans come roaring down. In fact they are the waters of the entire river Trigradska which comes from neighbouring Greece, passes through Trigrad village and thunders down into the Devil’s Throat.

The three explorers survived, unlike their young colleagues from Varna. At the beginning of the 1970’s 21-year old Syana and 27-year old Evstati made the only attempt to date of exploring the so-called Siphon – the place where the roaring waters drop into the Earth’s bowels, as if sucked in by a siphon. They dived in, never to come to the surface again. 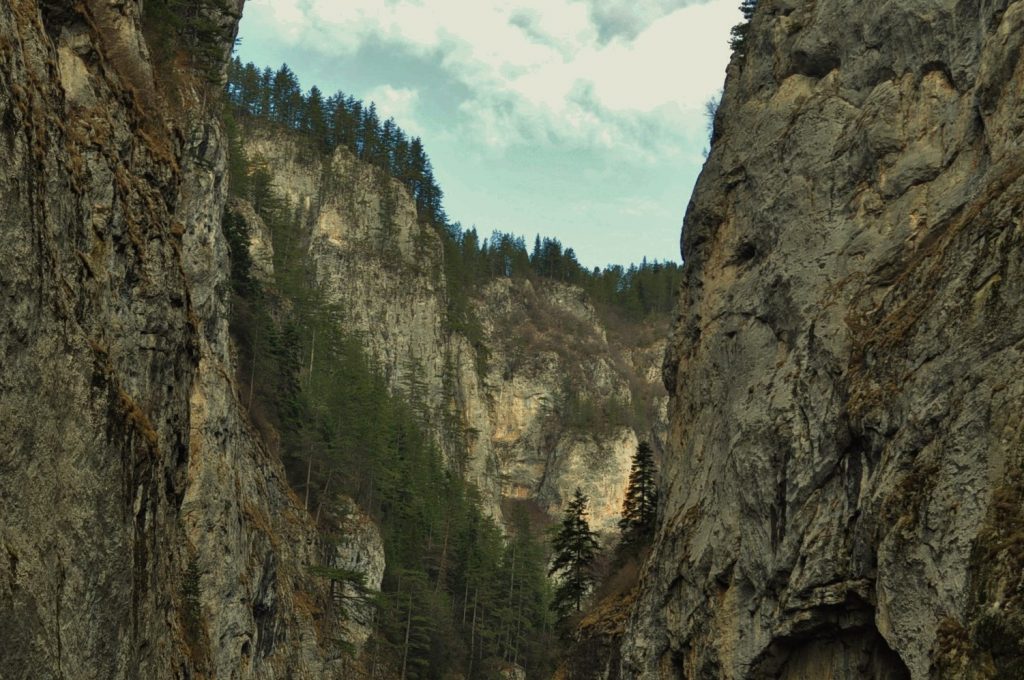 No one has been able to trace the course of the river underground. According to researchers there is a massive water maze that never lets go of anything that has fallen into the river. Attempts have been made to track the water currents using colored water. But it comes to the surface two whole hours later. Where the water flows in that time, God only knows!

Tourists walk  into a 150-meter natural tunnel taking them right to the so-called Roaring hall. This is the biggest underwater hall in Bulgaria, adapted for tourists; the whole of the St. Alexander Nevski cathedral can fit into it”. From 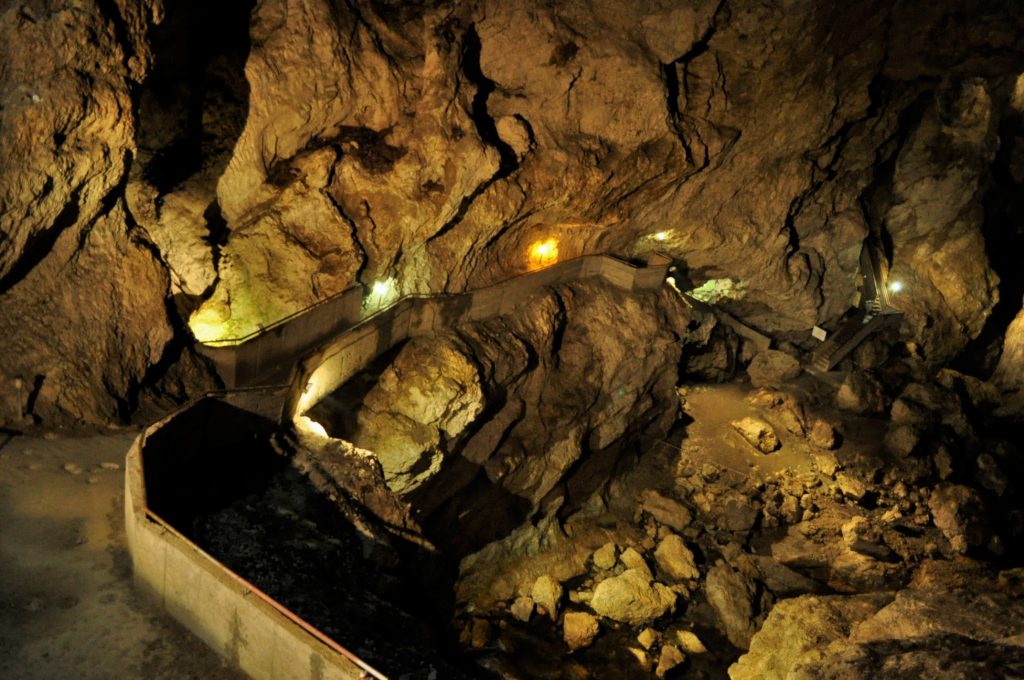 There is trout in the underground river that has never seen the light of day and has mutated. It is covered in white spots while the eyesight of some of the older “venerable” specimens is rudimentary. Meanwhile we see by the cave’s entrance huge black “clouds”.  The entire bat colony from the environs gathers here – more than 35,000 in number – to hibernate inside the cave.  Local people think  that the Devil’s Throat is the mythical Kingdom of Hades. And as evidence, they  point out  the natural rock formations resembling Orpheus and Eurydice. You can find them next to a whole constellation of mythical heroes.

The legend of Orpheus and Eurydice

The heroes from this legend are petrified in stone. In the Devil ‘s throat you can see  Charon, the ferryman of Hades, Sisyphus, labouring under the weight of his rock, just as he is described in the legend, according to which “when he hears Orpheus’ song he stops in his tracks to listen. You can see the dog Cerberus, guarding the river. At the so-called Water of Orpheus, the poet mourned his beloved. As the legend goes “From his tears a brook sprang where the souls of the dead would quench their thirst” . That same brook is right there in the cave. It is now a sanctuary with icons placed all around. All people coming here touch the water wash their faces, some take a sip, others leave a coin and make a wish. 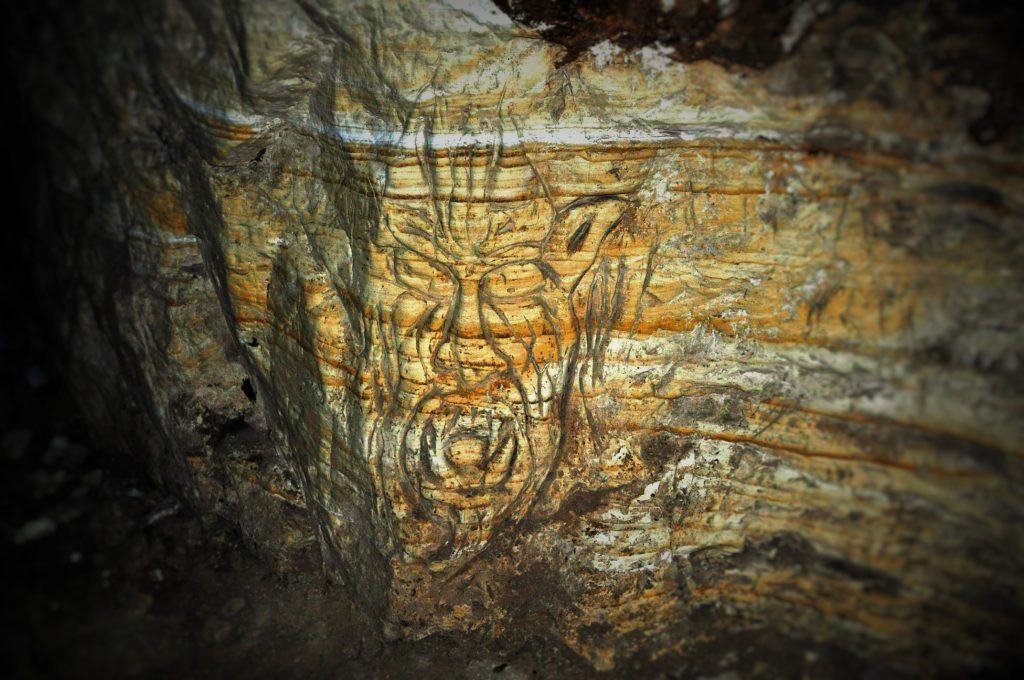 Another surprise to visitors are the reliefs into the cave rocks. At the entrance itself there is a devil’s head. While in the Roaring hall stands the life-size figure of a Thracian warrior. To resurface from the abyss, you have to climb up a steep metal ladder with 301 slippery rungs. It leads you up to the natural exit right next to the thundering waterfall – that is something that is not easily forgotten. 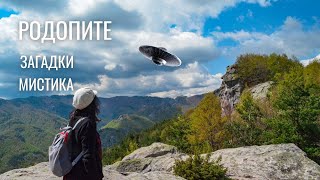