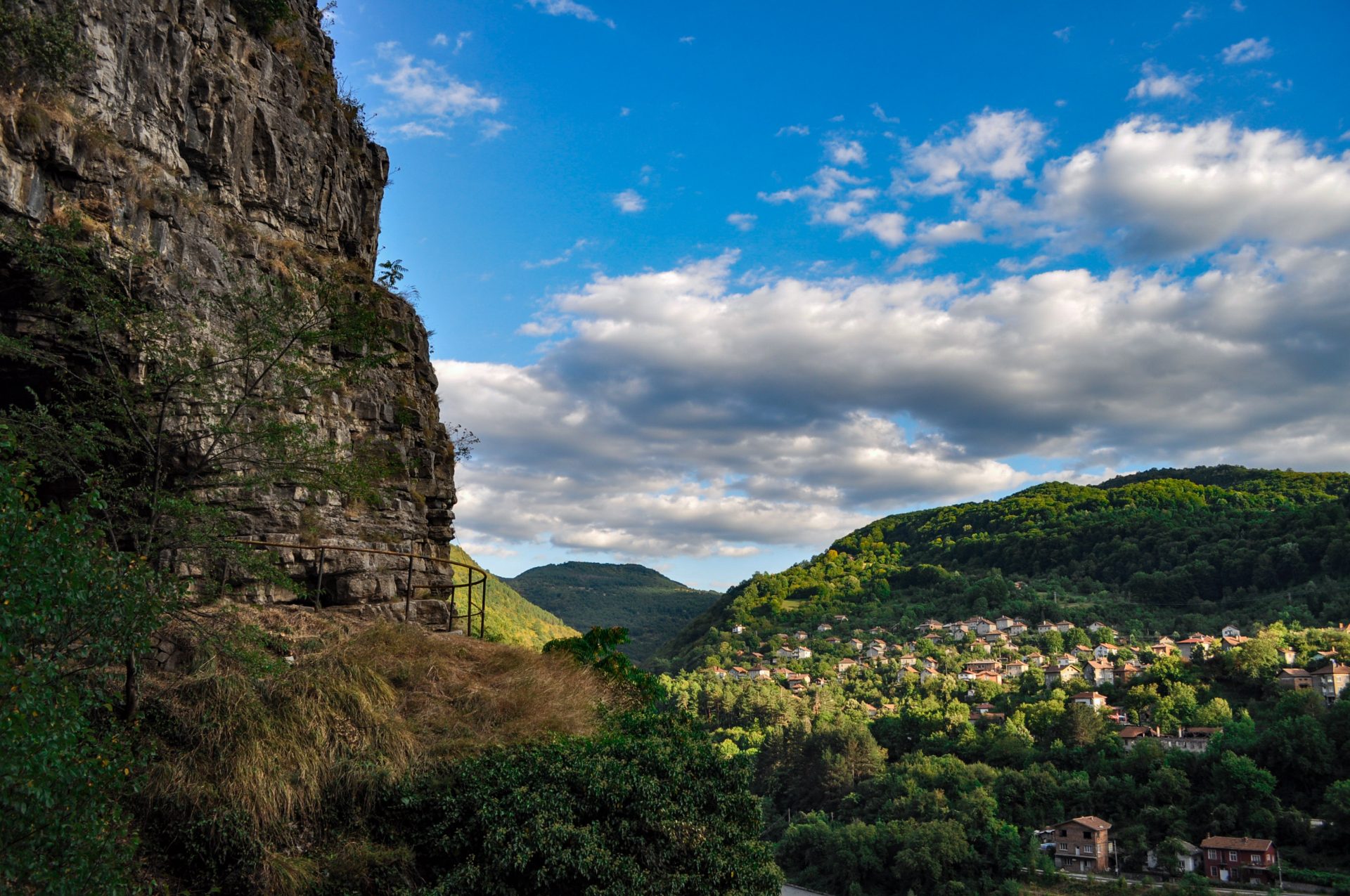 The Lakatnik rocks are very popular among fans of nature and high adrenaline. Those Magnificent rocks soar on the eastern slope of the Iskar Gorge which swings among the folds of the Balkan Mountain Range.The unique natural formations resemble a rock garland which is 250 meters high. The whole region got its name from the bend in the Iskar River, which resembles a bent human elbow.

Travelers can distinguish figures of humans, towers, rock needles and even pyramids there. The region is an irresistible enticement for the seekers of strong emotions. Those tourists do not feel tired to climb the astonishing sharp cliffs, hang over the bottomless abysses and go deep in some unexplored caves. 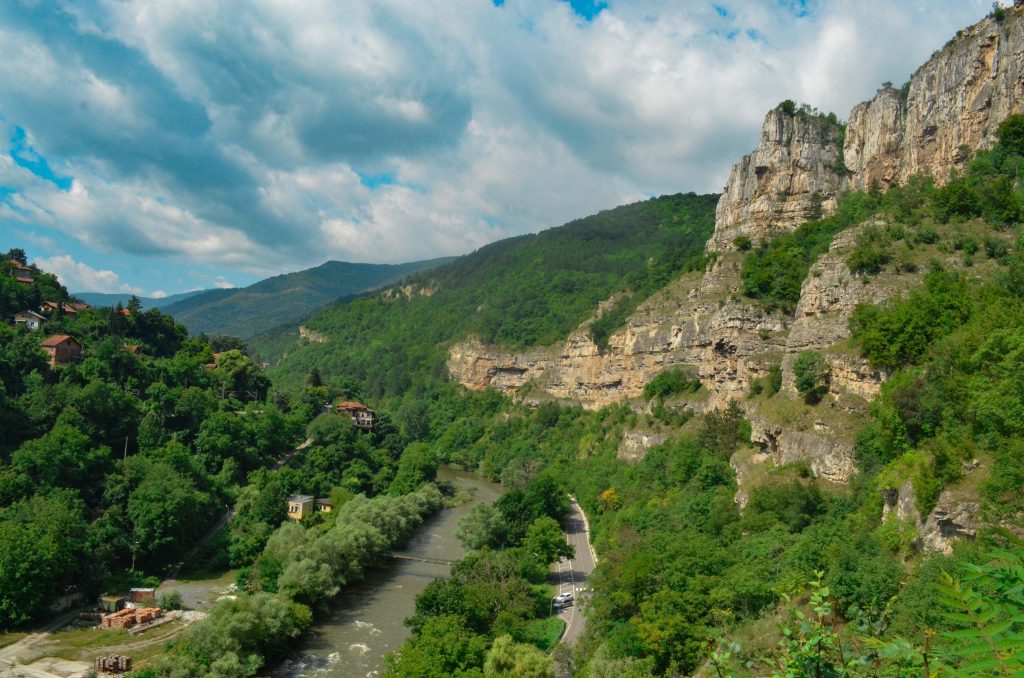 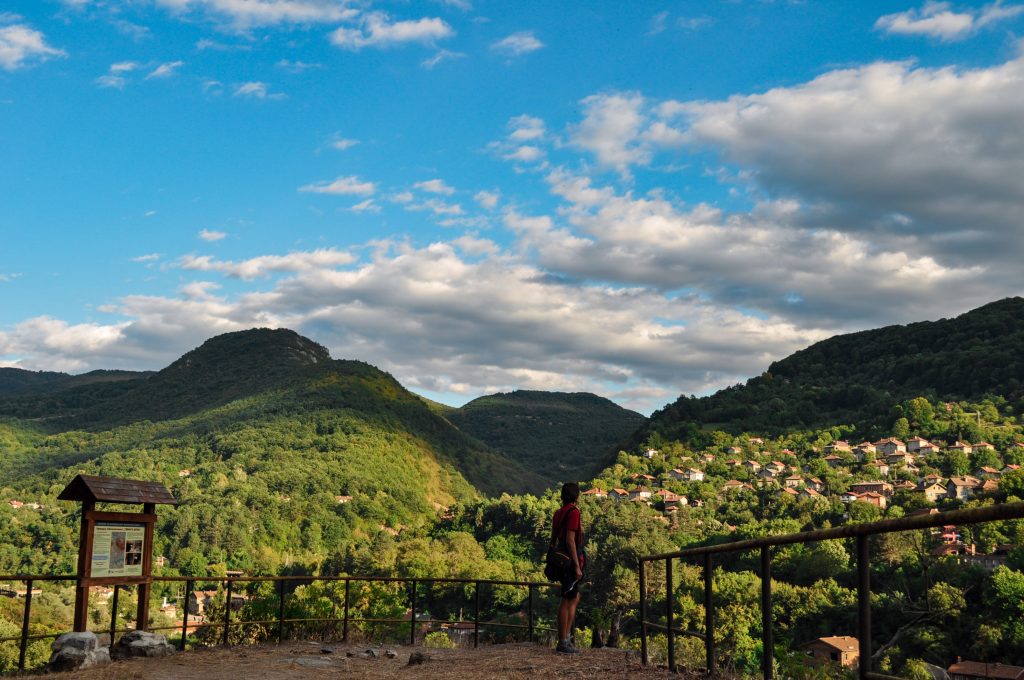 The village of Lakatnik is situated not far from the capital Sofia. We recommend travelers to take a train form the Central Railway Station in Sofia which will take them to this place in 1.5 hours. The train moves slowly and stops at every small village or town. However, this provides a perfect opportunity to enjoy completely the beauty of the Iskar Gorge. Once you arrive at Lakatnik railway station, you will see in front of yourself a wonderful view of the local rock formations. The Lakatnik rocks are very well-shaped. Over 100 caves and abysses formed in the limestone layers there. 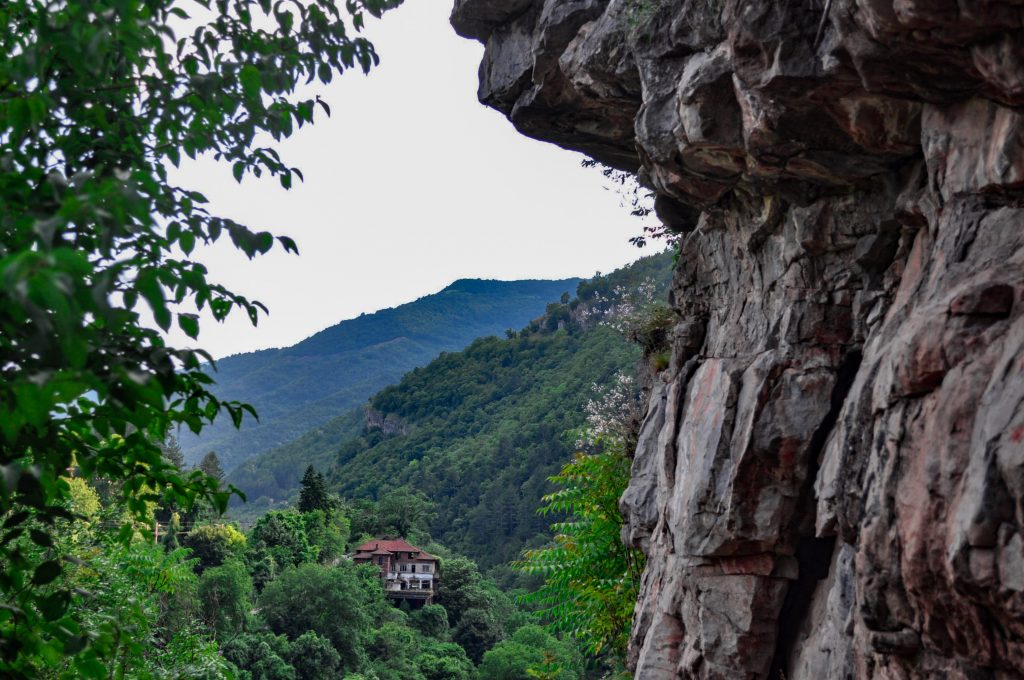 Welcome in the Dark Hole cave !

It is the third longest cave in Bulgaria which has been an object of long explorations which continue even at present. It is situated at about 27 meters above the Iskar river bed. Special staircase leads to this phenomenal cave. In fact, this is the only Bulgarian cave visible from the railway line. Sometimes the travelers become witnesses of incredible scene-the foamy waters start to flow from its entrance after periods of heavy rainfalls and the snow melting. There is no electricity in the cave, so everyone who intends to go there should wear a torch. In fact, the name Dark Hole stems from the fact that there is no light there. 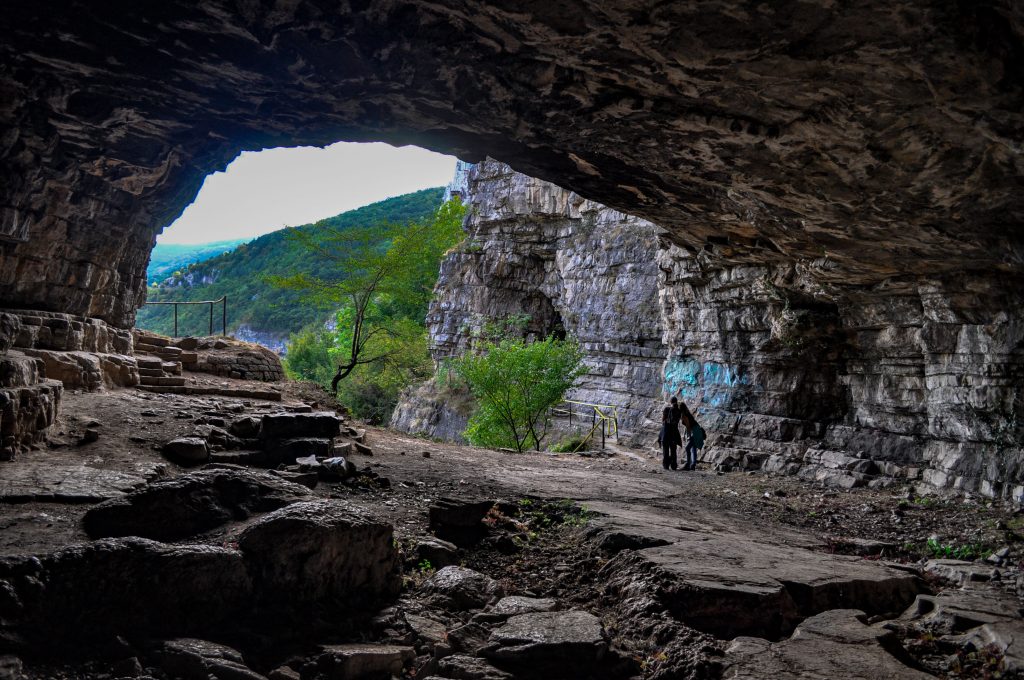 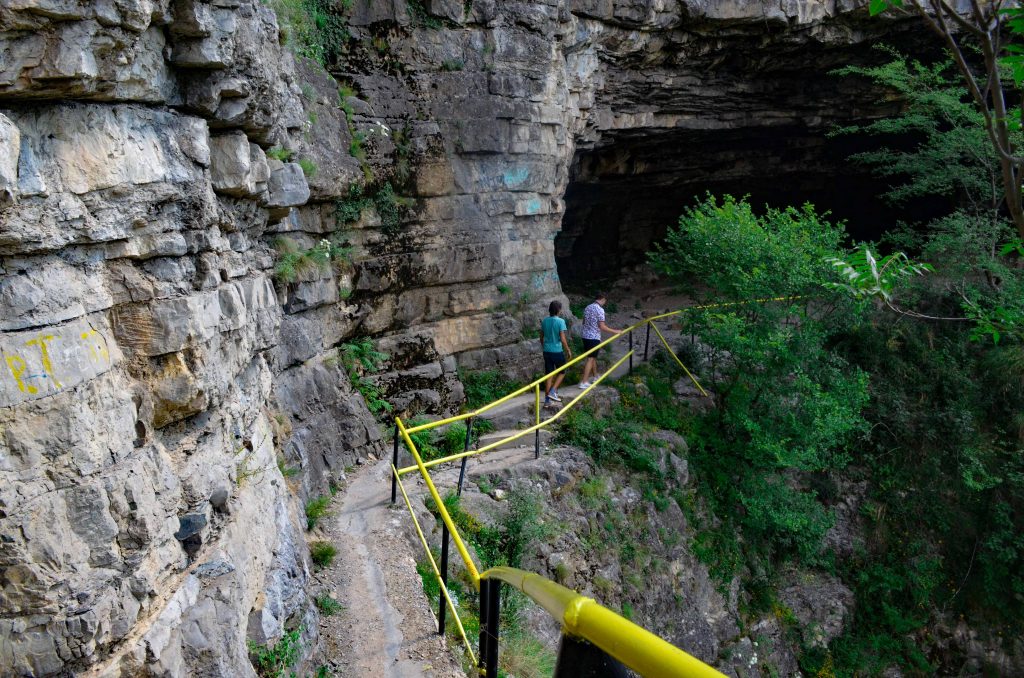 The walk inside the cave could last for nearly half an hour as the inside ground is quite muddy. An underground river which drains away through the nearby Zhitiliub karst spring also crosses the cave. Those who do not like to explore caves or do not have the proper equipment to go deep in its dark galleries can sit near the bubbling spring and relax with the joyful sounds of the water there, or even drink a pint of beer in the nearby pub. Other interesting caves in this region are Kozarska, Zidanka, Razhishka, Svinska, etc. In fact, the caves in this Bulgarian region are still virgin and only well-equipped people can explore them at present.

The Lakatnik rocks are a center of attraction for climbers addicted to high adrenaline. No wonder these rocks made of red sand and limestone are the cradle of the Bulgarian alpinism! The rocky formations were conquered for the first time by three brave Bulgarians back in the remote 1931. Three years later volunteers started to use climbing hooks at the inaccessible pinnacles hanging over Iskar River. 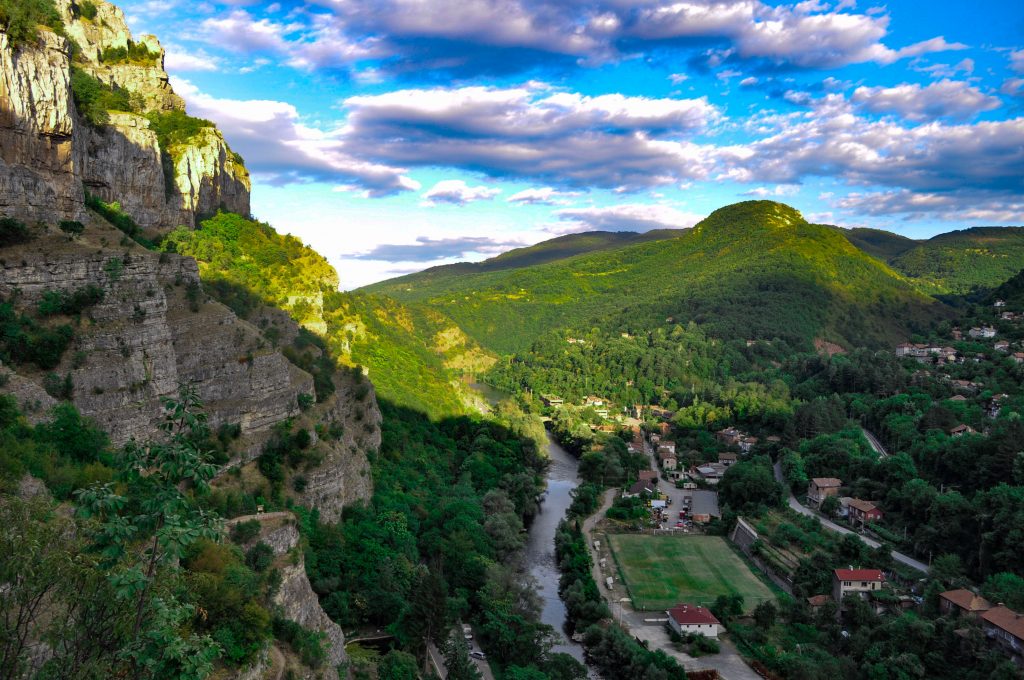 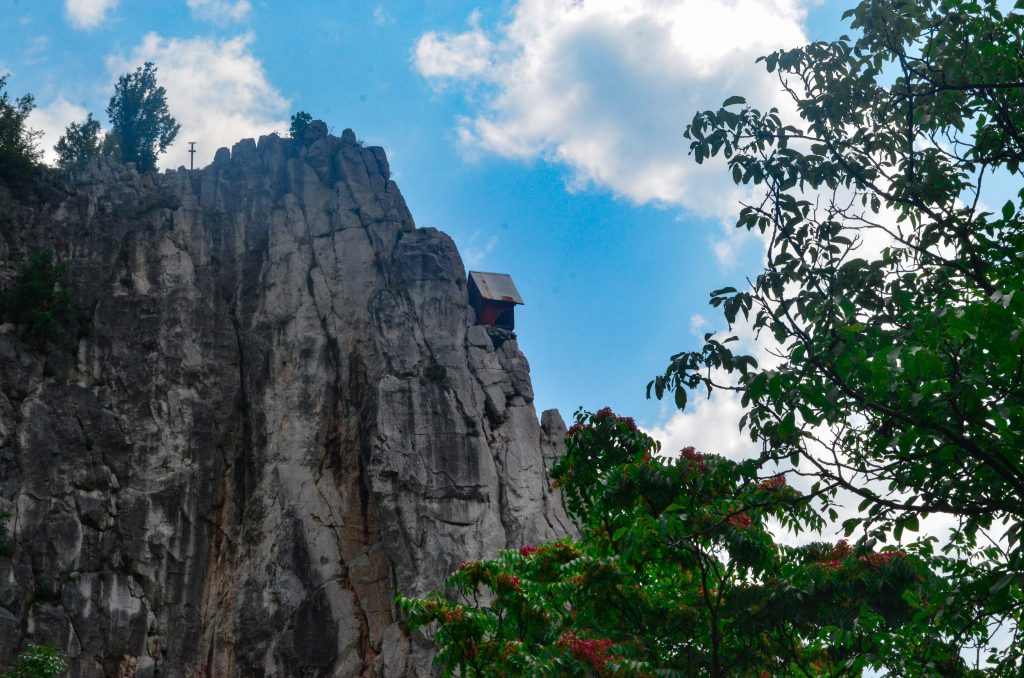 In fact a small hut, built underneath one of the local peaks, reminds of the alpine past and present of Lakatnik. This is the Eagle’s Nest Shelter built in 1938 and renovated by a group of enthusiasts in the beginning of 2000. You can only reach it by rope. Some fans of strong emotions even sleep there. Those who search higher security would better lay their tents on a meadow in the foot of the rock giants or use the multiple cave niches for shelter. 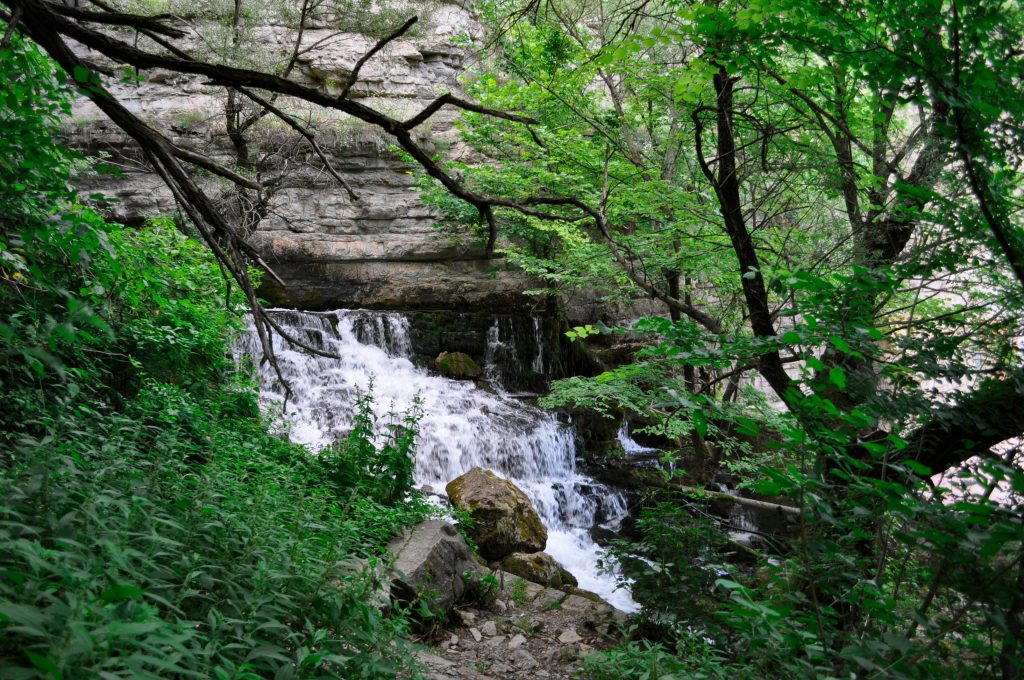 Those who manage to climb the high cliffs can enjoy the magnificent view of the Iskar Gorge. The rough and deep river resembles a twisted line from this altitude. The railway lines swing like snakes and the train engines often whistle there. One should always bring water when visiting the region. The reason is there are barely any springs where people can get drinking water. However, there are many wonderful meadows where people can put a blanket and do nothing all day. In the meantime enjoy the magnificent rock formations which soar up in the skies.