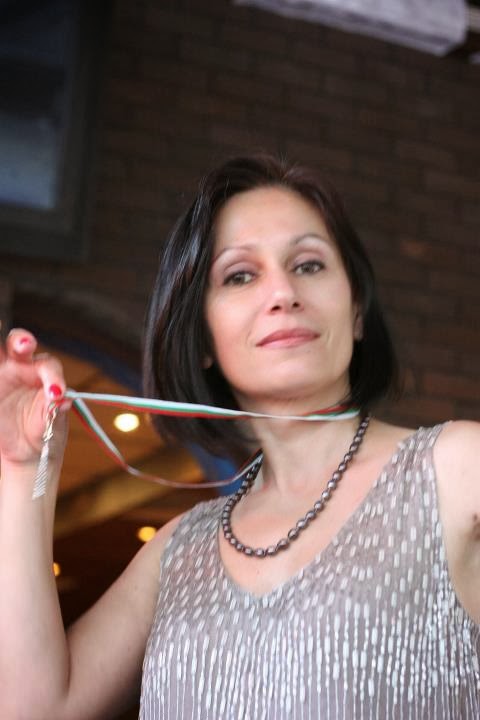 
How long does it last? I mean the desire to be good, forgiving and generous? The sincere craving for understanding the others, unconditional love and self-sacrifice?

Until I was seated, helplessly and terminally, on a full plane in front of a boisterously coughing creature, clearing his throat with jerky, slimy noises, which made me feel (and hope) that he might choke and die on the spot.

The air-conditioned space around me was so contaminated with the germs he was exhaling, that I barely dared to breathe and desperately wished I could make immediate use of the Oxygen mask, which was just being promoted by the cheerful flight-assistant in front of me.

But since coughing attacks are not yet recognized as flight emergency, the mask remained a desired, but unattainable object.

In my mind I was writing a list of the survival kit I would include to my hand luggage for the next flight: a gas mask (if not allowed, a mouth piece), expensive, fully isolating the outer world head phones, a huge scarf or even a burka to wrap me in.

My dreams went even further… If I only had enough money for a private jet, I could spare the above equipment.

And stretch my legs in an unpolluted spacious cabin and let a friendly (and healthy) steward pour champagne in my glass.
Oh, the picture of it, the taste of it, each drop of the sparkling liquid enhancing the conviction that poverty, diseases and the general misery of mankind are all a cruel invention of ill-humored, schizophrenic  journalists, who have nothing better to do than to disturb the peace of mind of the rich and the beautiful.

The man got a drink and the explosive juicy grunting subsided to occasional sniffs and gulps.

Obviously he was reassured by the kind, motherly expression of the stewardess or what he could make of her professional iron mask of politeness.

She was an angel transmitting the feeling that there was nothing wrong with coughing passengers on her airline, that we were all compassionate comrades, who thankfully share whatever germs he was exuding. How I wished this to be true… How I wished to belong to this noble circle of human race, to the circle of the benevolent.

Only a couple of hours ago, after reading a newspaper article on the life and the legacy of Nelson Mandela, I was deeply convinced that only love and tolerance could save this wretched world of ours and now…

I was overwhelmed by irrational, intense hatred for a sick fellow-passenger.

What was wrong with me? How did the other passengers feel. Was I overreacting due to my claustrophobic tendencies? I felt so cramped and constricted that I wanted to stand up and physically defend my personal space, which he was invading. That was not merely an assault on my privacy, but on my freedom, I was deprived of choices.
Of course I could have asked the stewardess if I could immediately leave the plane by a parachute.  Which was at that moment a tempting option, but somehow I didn’t bring up the courage.
I’ve always been a coward with enormous respect for institutional authorities. I was somehow afraid that she might think I was crazy.  And this was a very discomforting thought with unclear consequences in this age of terrorism. That’s why I kept my mouth shut and silently returned to the breed of the human born.

Even in Heaven I was an earthly worm. I was not worth to adorn myself with the exclusive virtue of universal goodness.

The man fell asleep. I gradually relaxed and felt good, looked around with a benevolent smile and blessed all my fellow-passengers. Maybe that was my real nature, how could I have had such unflattering thoughts about my personality? Unbelievable!
previous post