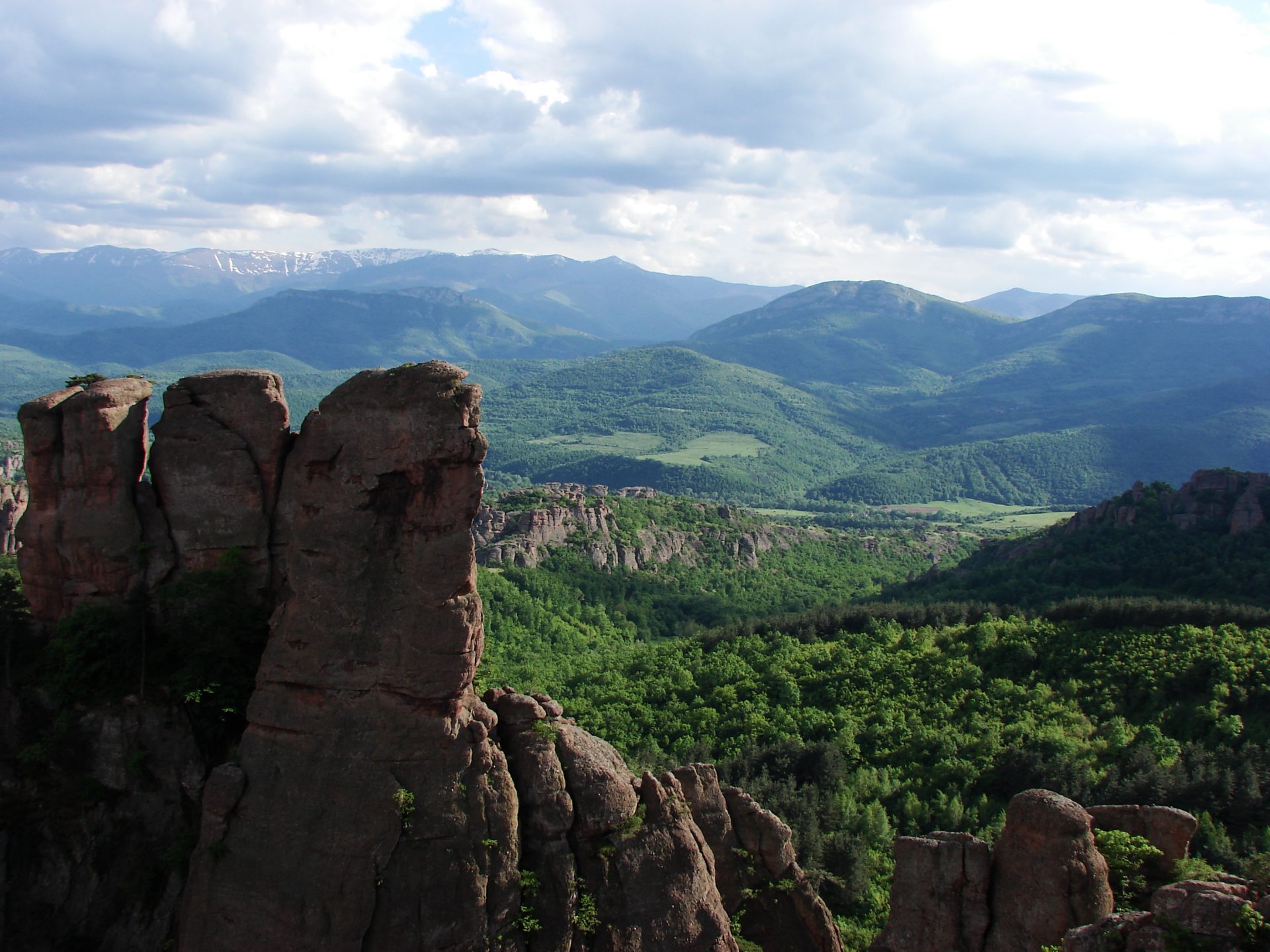 In Bulgaria’s Northwestern corner a fantastic rocky landscape meets the eye – the towering Belogradchik Rocks inspire awe and deference in any onlooker. The area is studded with yawning abysses, canyons and caves, gateways to the kingdom of Hades. 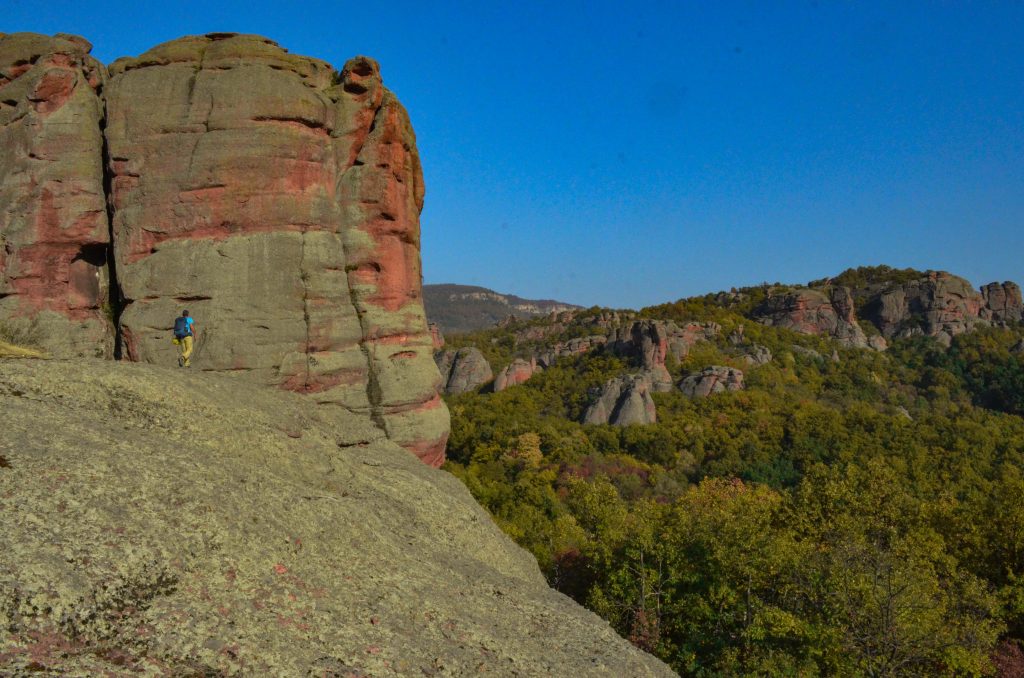 Among them you will find ancient churches, ruins of ancient fortresses carved into rocks, symbols, mysterious stone crosses and other traces of the presence of developed cultures since the dawn of mankind. Not to mention the amazing panoramas that can’t be compared! 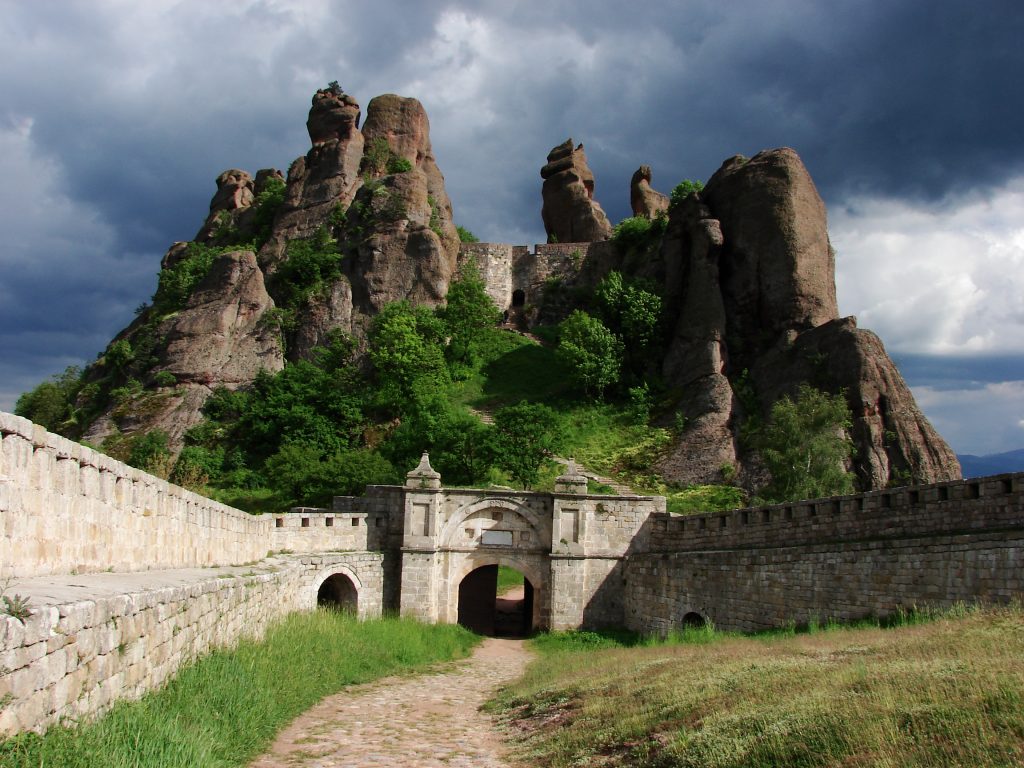 The nearby city of Belogradchik is mostly famous for its magnificent fortress, merged with the surrounding stone formations.  It is believed that its foundations have been laid by the Thracians. Using the natural inaccessibility of the rocks, the Romans built their fortress there. Later, the fort was used by the Byzantines and during the Ottoman rule it was completed and housed the local Turkish garrisons 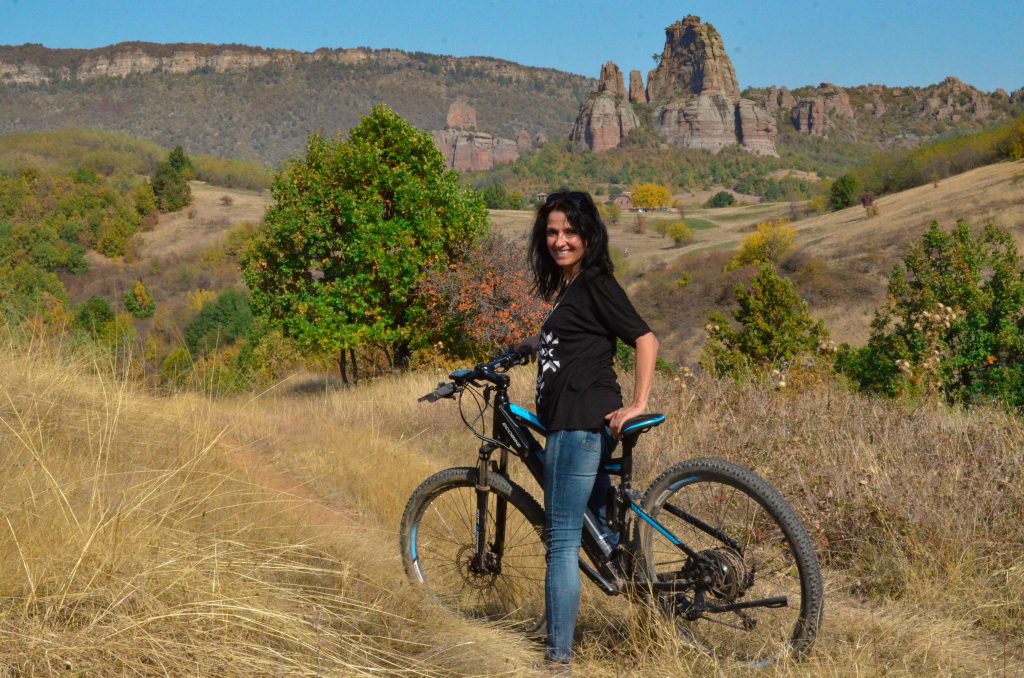 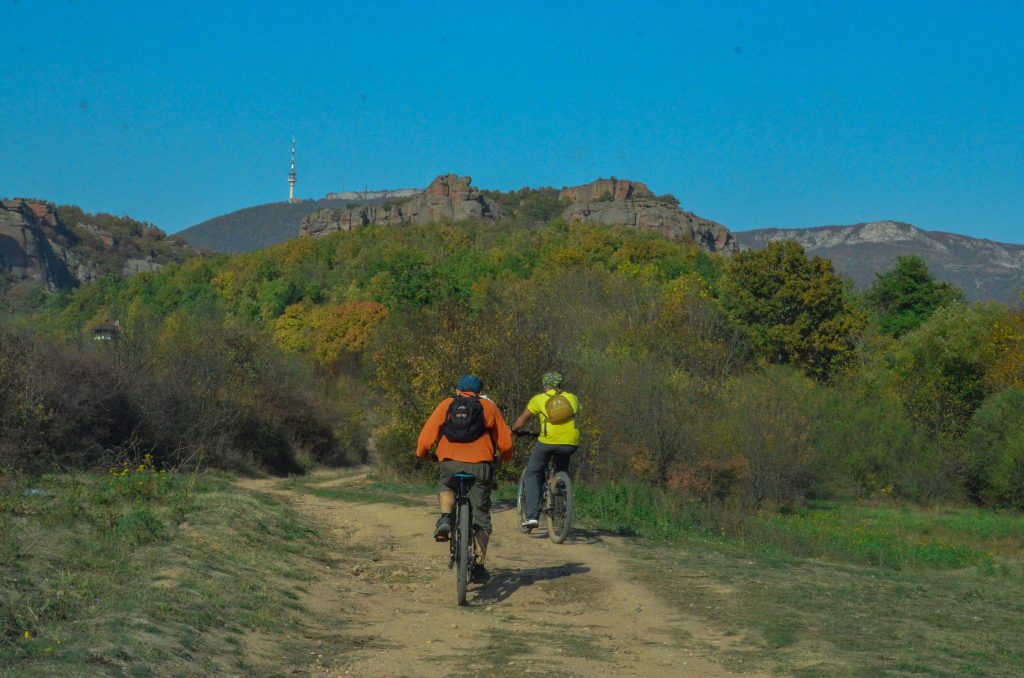 Rent a Bike and explore the hidden beauties of the rocks

Bike rental is available at several places in Belogradchik and the surroundings. I personally rented an electric mountain bike, but it was terribly heavy. As an inexperienced cyclist, this mode of transportation proved to be  rather difficult. It cost me two bruised legs and multiple slips. But I did not regret it, because the amazing  views that unfolded before my eyes were worth the pain!! 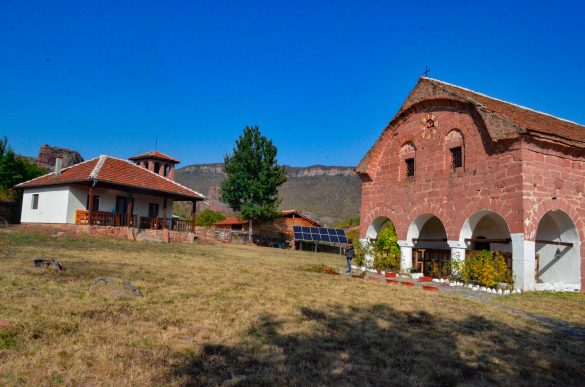 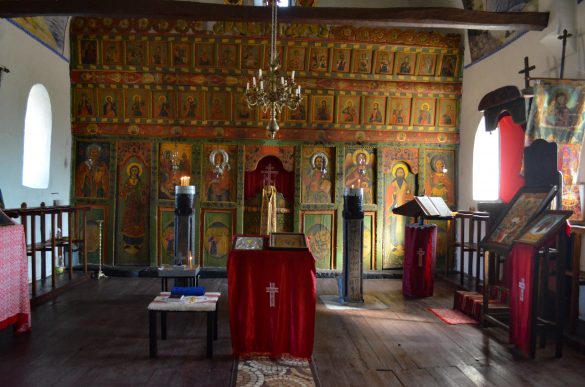 Less than a kilometer above the village of Borovitsa, I came across the Holy Trinity Church from 1866. It has been erected on the foundations of an older temple, which was built on a … meteorite. The church is part of a small monastery complex. It is located at the foot of the “Pine Stone Colossus” – a  rock formation, rising high in the sky and visible from afar. The temple is built of red stone blocks taken from the red rocks around.

Near Belogradchik lies one of Bulgaria’s nature wonders, the Magura cave. The site that resembles an underground cathedral with its exquisite rock embroidery and the weird-shaped stalactites and stalagmites has become unique with the ancient drawings that decorate its walls. The oldest among those date back 8000 years and have been preserved in an excellent state. These exemplary specimens of prehistoric art tend also to be among the earliest in Europe. They are nowhere else in Bulgaria to be found. Similar drawings have been discovered in France, Italy and Spain.

The Magura cave is among the most frequently visited tourist sites in Northwestern Bulgaria. It is also one of Bulgaria’s largest caves with a total length of nearly 3 km. The cave is equipped with the respective flights of stairs, observation grounds, banisters, etc, that make it easily accessible to tourists. It will take you at least an hour and 40 minutes to complete the guided tour of the cave. However, the walk involves a great deal of passing through tiny fissures and tunnels that unite the various galleries. 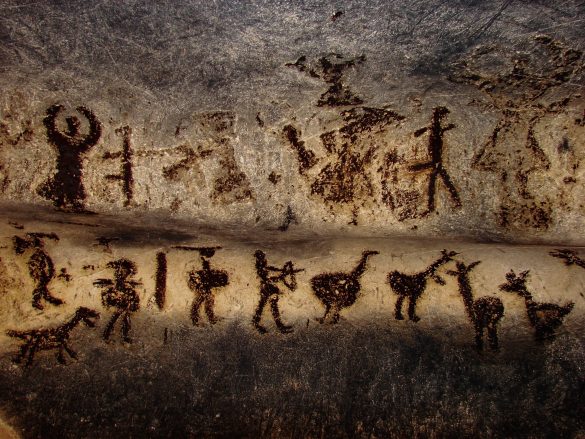 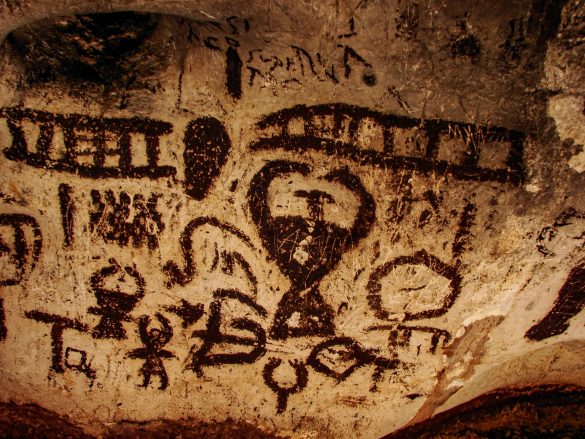 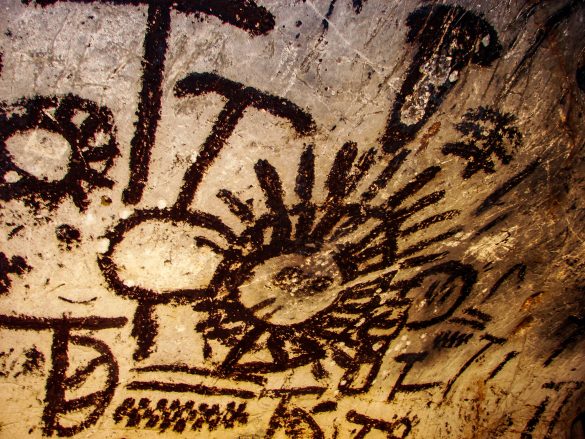 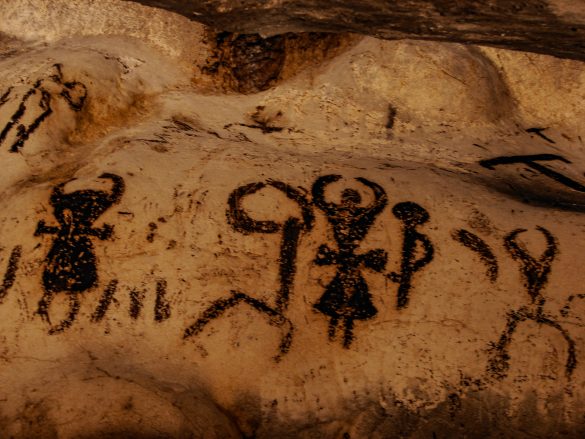 Humans used to inhabit the cave until the early Bronze Age. Remains of primitive man abodes have been dug out in the largest cave hall, The Hall of Triumph.

But what makes Magura cave unique are the ancient drawings on its walls – around 900 in number – the oldest of which are thought to be among the oldest cave drawings in Europe, going back 8,000 years. Some depict scenes from the life of primitive man but there are signs and symbols that have not been decoded to this day. Local paleo-archaeologists and historians say that Magura cave but also the entire region around it and the rocks of Belogradchik were an ancient cult centre.

Visitors can discern the figures of dancing male and female bodies, hunting men and people wearing masks. The female figures are considerably taller than the male ones because that was the time of their supremacy, Vanyo Ranghelov says.

There is also an abundance of images of prehistoric animals and plants. And dominating the scene are the suns and stars. According to scientists, The Solar Calendar drawing is a metaphor of the four seasons. The ancient drawings look so vivid to this day because the primitive artist had used guano paint made of bat feces and rich in phosphorus. And one more thing: the drawings appear three dimensional because the lime around them has eroded, whereas the guano paint has forever encapsulated them. 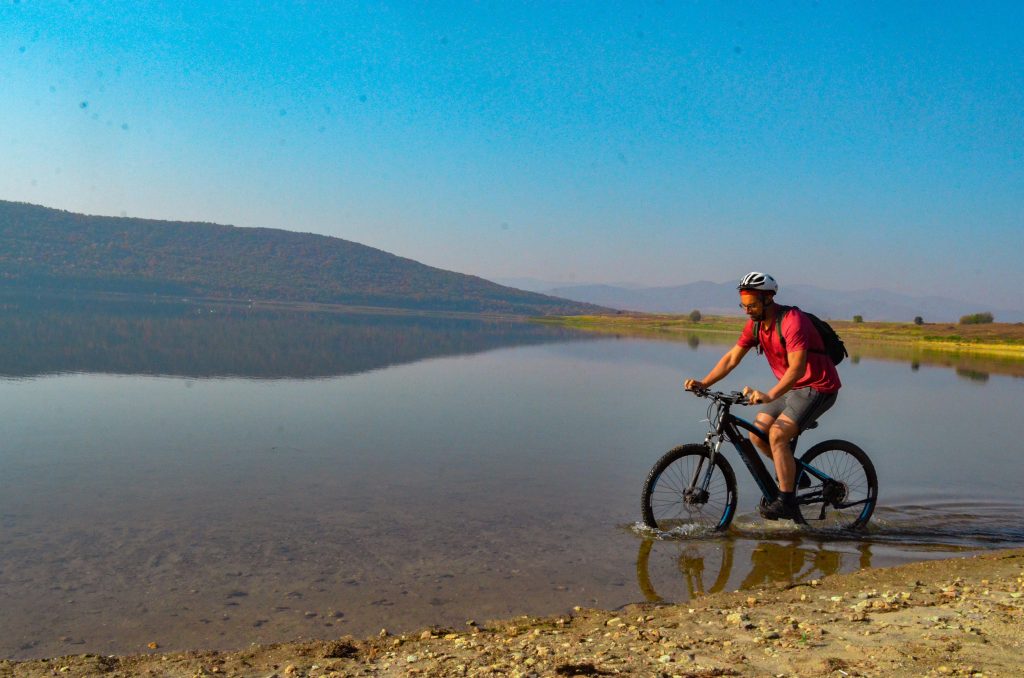 The amazing rocks of Belogradchik are steeped in mystery. Five ancient sanctuaries used for religious rituals and astronomical observatories have so far been found. One of them is the two-storey cave inside the Belogradchik rocks themselves. 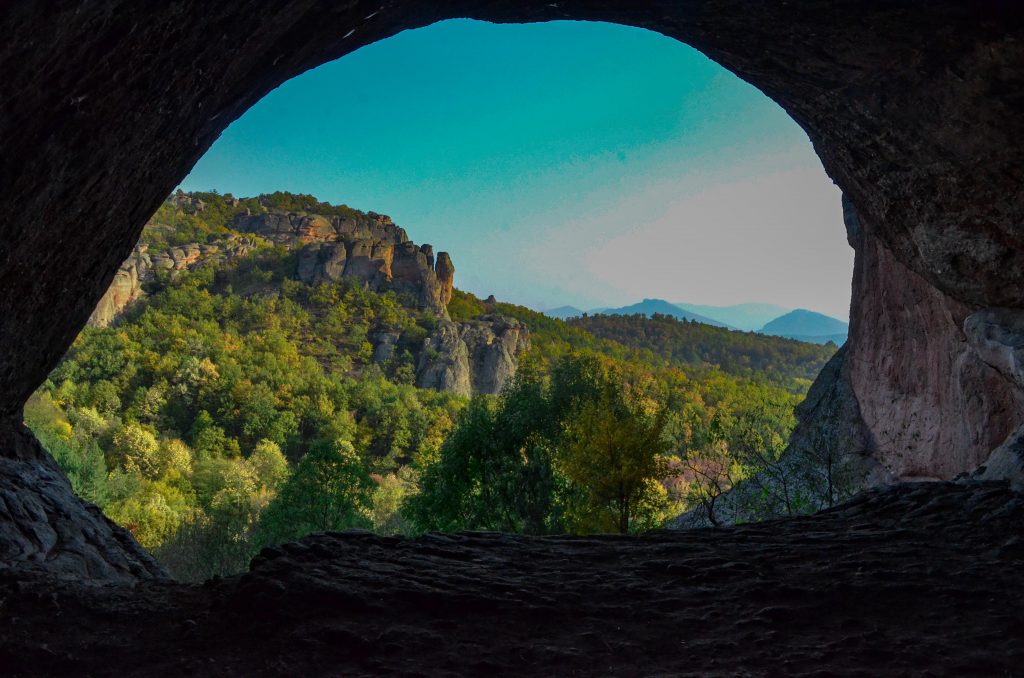 It was probably inhabited some 5,000 years ago. The cave is some 4 kilometers from Belogradchik with an ecotrail leading up to it. On a rock platform above the cave there is a so-called “star chart” with a rock throne hacked out into the stone positioned for observing the holes bored into the rock,

The rocks of Belogradchik and Magura cave are yet to reveal their secrets. Are we ever to find out the whole truth about this mesmerizing place? Only time will tell…